Fortnite’s collaborations don’t usually fit the game’s theme well, and Kratos from God of War also doesn’t. For some reason, he still became one of the new outfits and is currently available in the game’s shop.

If you don’t know who Kratos is, he is a character from the God of War game series, which is exclusive for PlayStation consoles. There are 4 parts of the game in total, and Kratos’ outfit in Fortnite is from the latest one. Instead of killing gods, he will now eleminate his enemies to get the Victory Royale using his axe and guns, which he isn’t used to. 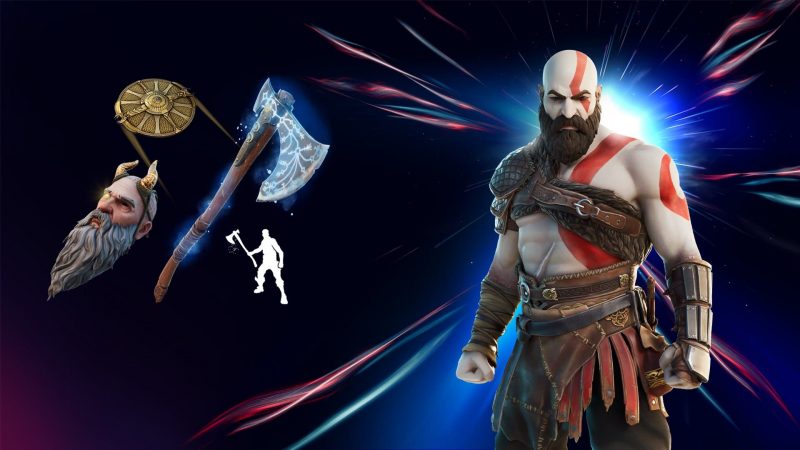 The price of the outfit is 1500 V-Bucks. The outfit is from the Gaming Legends Series, which means that there’s a possibility for us to see other video game characters to appear in the game’s shop. The outfit also includes the Mimir back bling. 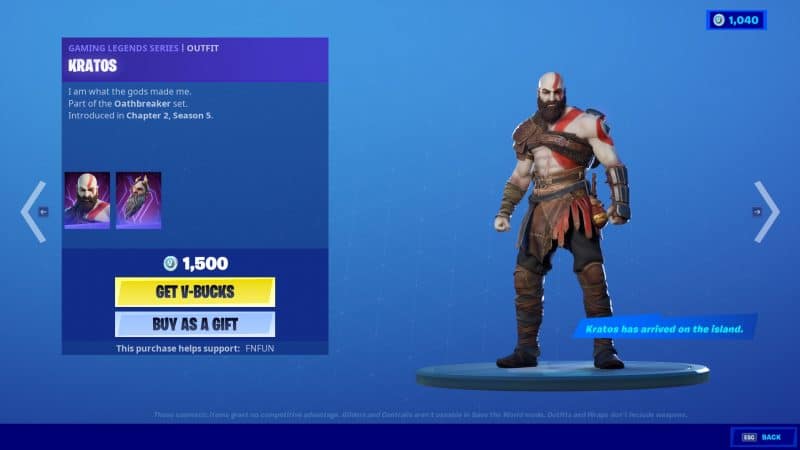 The set also includes the Leviathan Axe as a pickaxe and the Guardian Shield glider. The axe includes an emote and is wielded with one hand only, which makes it look really cool. The price of the glider is 800 V-Bucks, and the axe + emote pack is sold for 1000 V-Bucks. 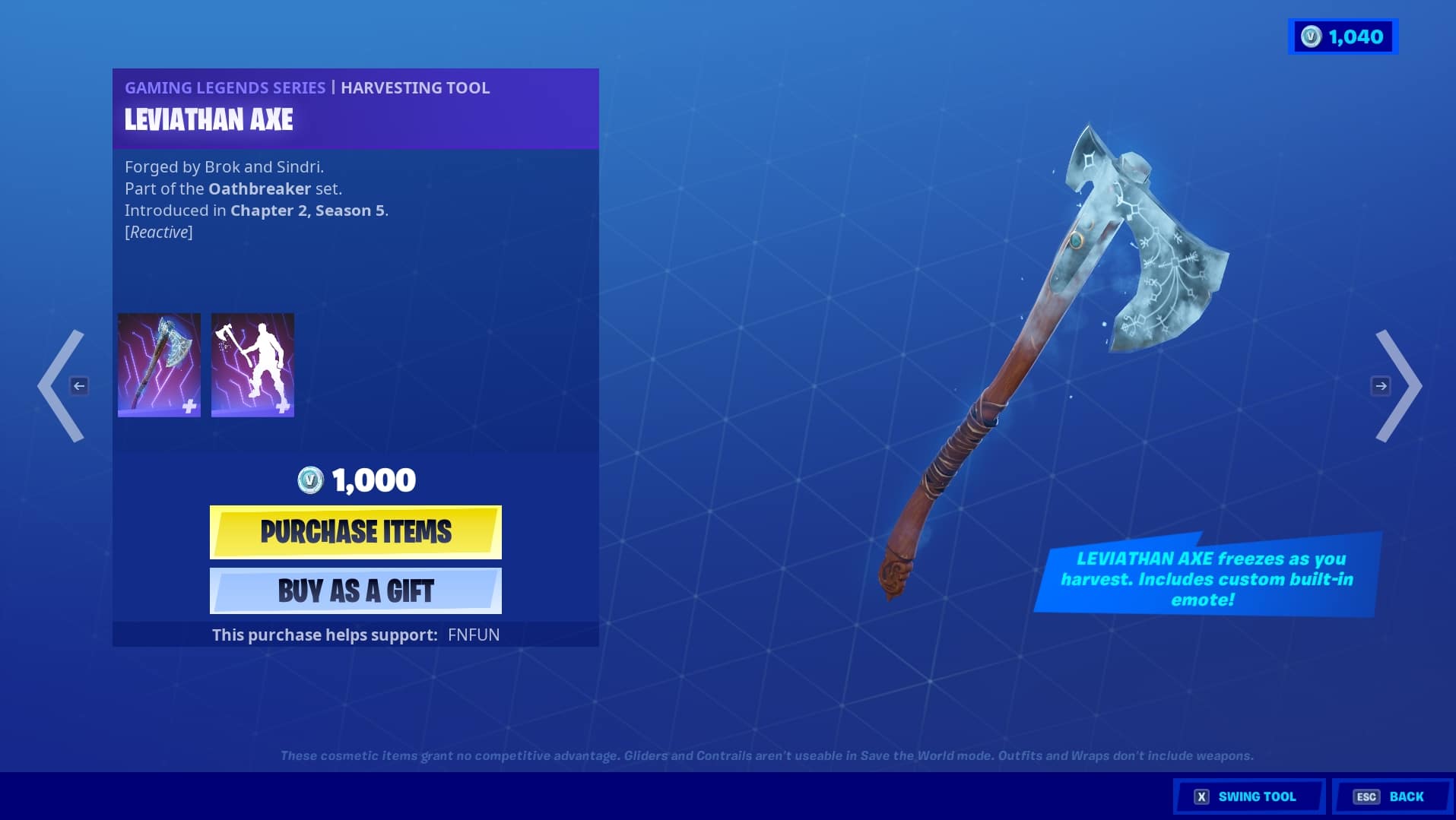 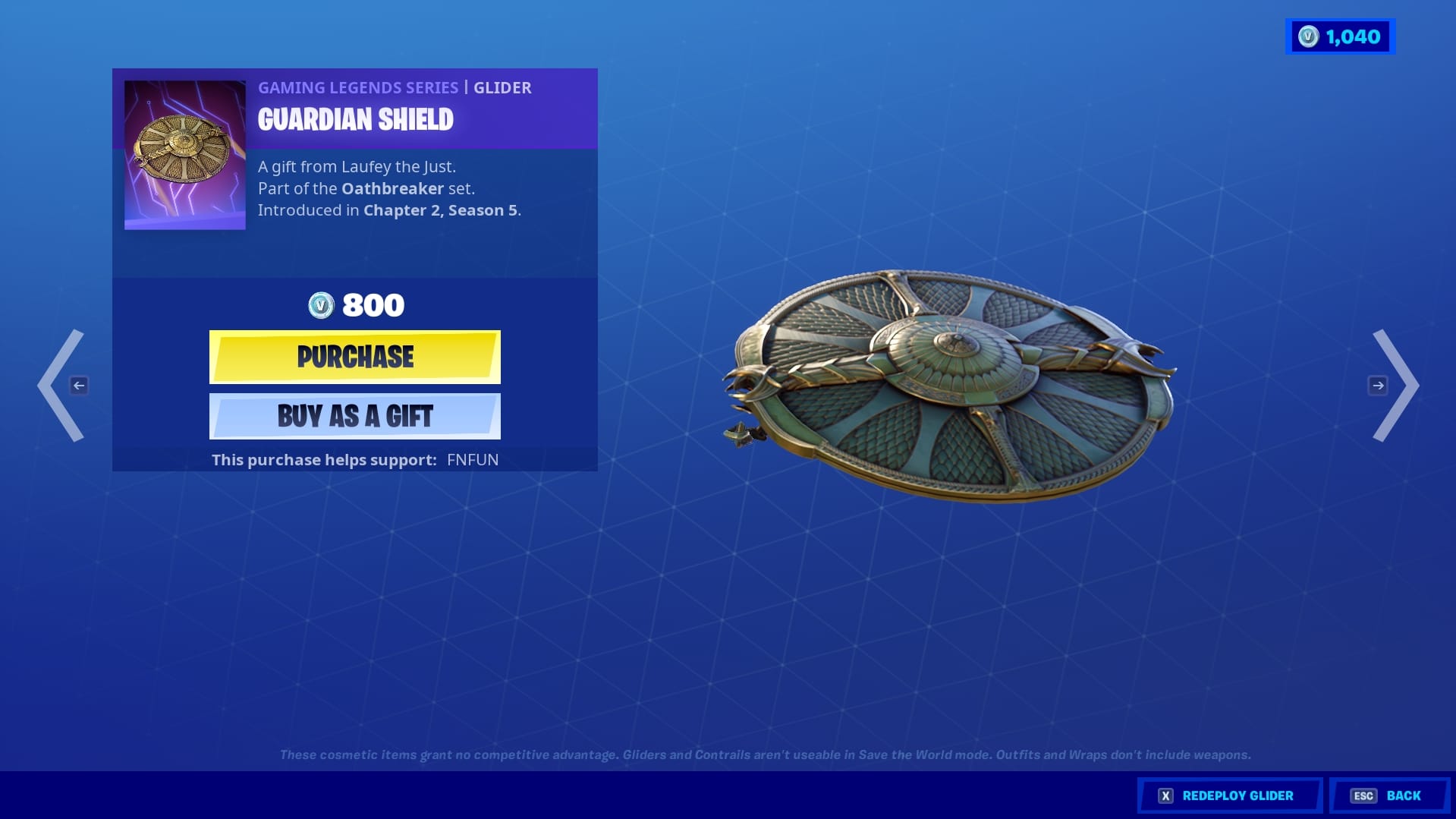 There’s also an option of buying the whole set for 2200 V-Bucks. 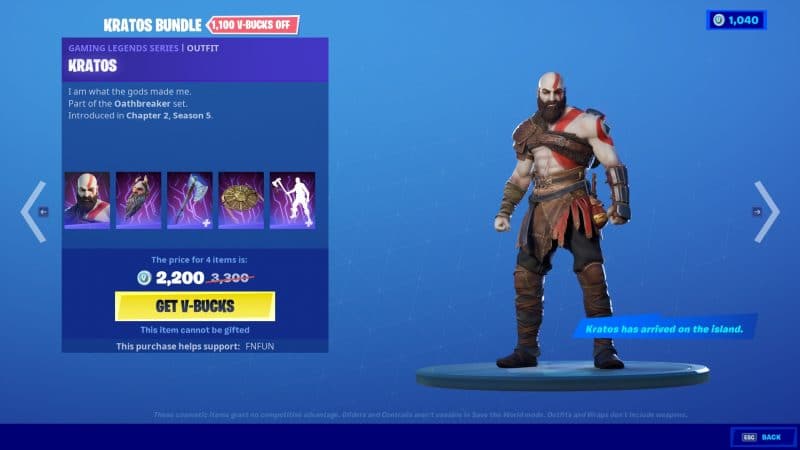 Some PS5 players have also seen the ad banner for Kratos even before it got released in the game. The outfit also has a style that you can unlock by playing 1 game with this outfit on PS5. 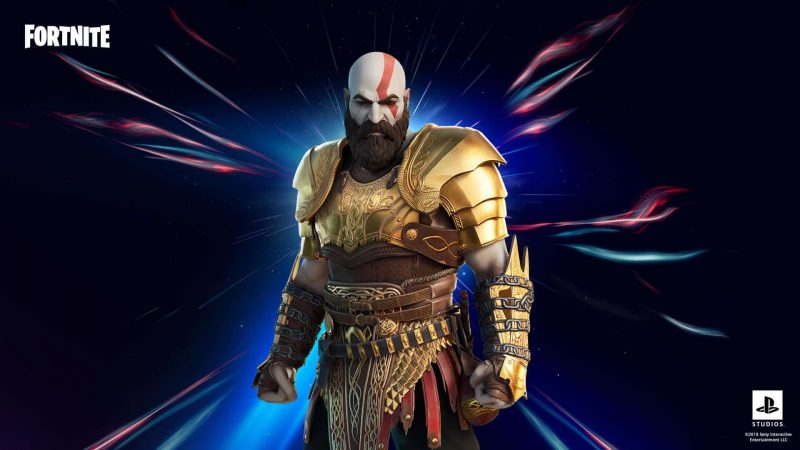