The representative of the organization Luminosity Gaming player Neith Kreo Lou was expelled from the organization for fraud. It is terrible to imagine, but the man who earned $ 45,000 in prize money and has a contract with a large American organization was caught stealing an account and cheating in the amount of $ 100.

On the fraudulent activities of Kreo became known on February 7, 2019. On this day, a video was published, which revealed a scheme of deception from a pro player. A Fortnite player approached Kreo with a question of boosting an account. About the player agreed to do the work and received a third of the amount as a prepayment ($ 100), and after receiving the data from the account began to change the password and did not allow the user to access the account. The customer repeatedly tried to contact Kreo, but was never able to return either the money or the account.

The player acknowledged that he was involved in trading accounts. However, he said that the account from which the communication was going, does not belong to him, but to his friend. Nobody believed him. After Kreo tried to make amends and sent the user $ 110, but it was too late. The victim of the fraudster sent the money back and asked not to touch him anymore. 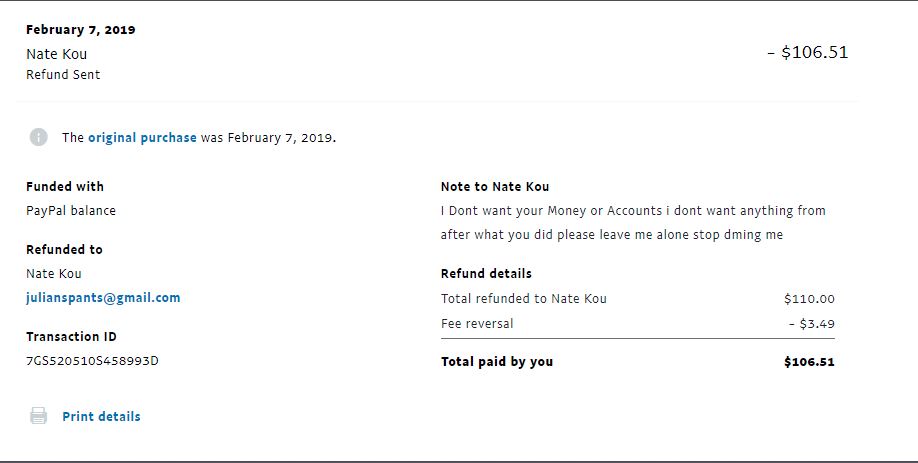