Today, a new unexpected survey by Epic Games with Fortnite new outfit concepts appeared. It has both nice outfits, some cute ones, and some scary enough that make you question if the developers are okay. 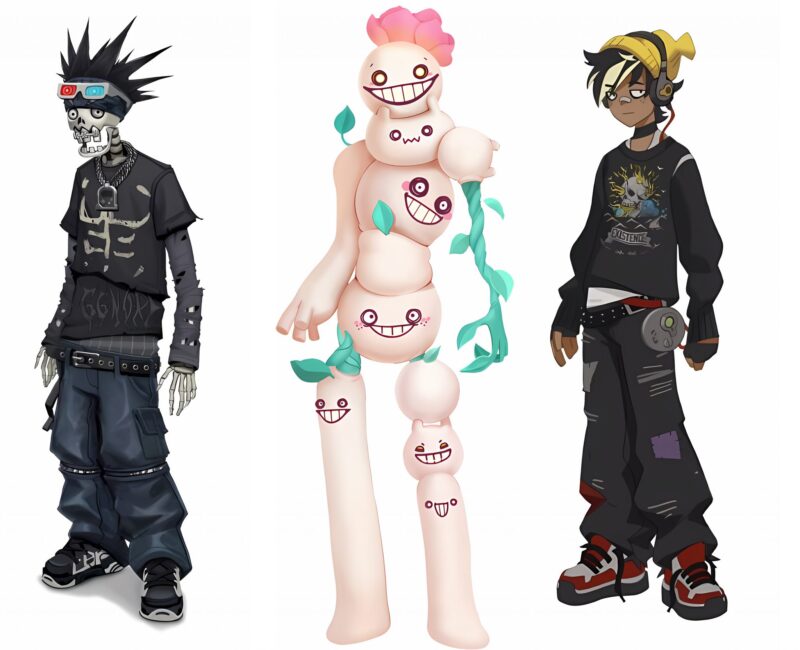 Let’s start the review by looking at Guff, or at least at what’s left of him. He is much less big, fluffy and soft than before, has tattoos on his shoulders, and has a pair of jeans shorts as the only clothing item. Right next to him, there is something made of creepy daikon with a smile you definitely can’t forget. The next outfits are regular male and female skins – everyone has seen one of those, there already are tons of them in the game. The guy with torn jeans and a collar is worth noticing, as well as the girl with a unique ornament over her whole body next to him. There also is a knight outfit and a possible Nintendo bundle.

The next row has someone similar to Bushranger, an anime guy in a suit and a real skeleton. Also notice the clam-like outfit and the orange llama. The rest of the outfits are mostly similar to already existing ones.

Next, we have quite an interesting black outfit with an octopus on its head, as well as THIS… Describing this character is probably impossible using regular human languages – instead, you can just look at this terrifying creature yourself on the image below. Looks like something between Huggy Wuggy in the body of Cuddle Team Leader. Why? Nobody knows. The image also has another knight, a few Japanese-themed outfits and another skeleton.

The next row has a reskin of Raz wearing a rapper outfits instead of magical clothes, a strange gummy bear, a mouse with a tie and a crab cyborg from the last survey.

Epic Games showed a lot of good outfit concepts for Fortnite in this survey, but it’s hard to think about them after you see the Cuddle Team Leader even once. 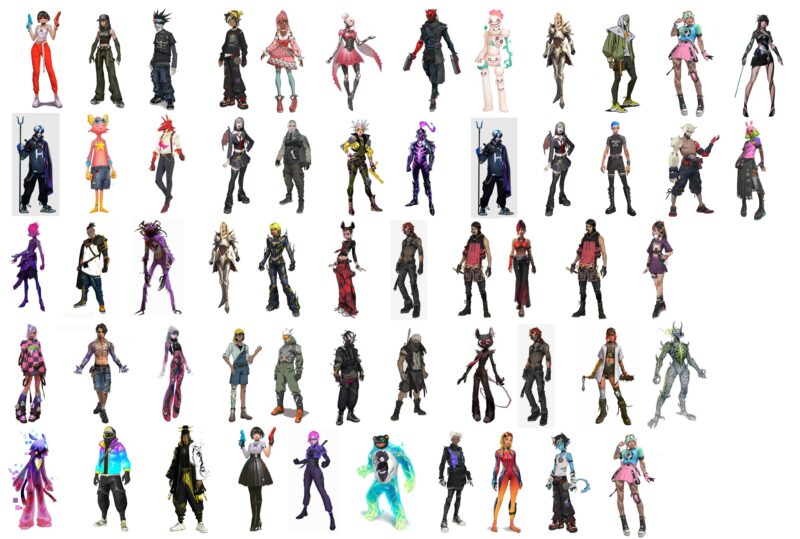 You can find the images in good resolution here.