Fortnite v10.20 content update pleased us not only with a new trap, minor changes and the return of Kevin and the soaring island, but also with new leaks!

VastBlast has published several leaks, one of which is a set of three skins that should be part of the Dark Legends set. 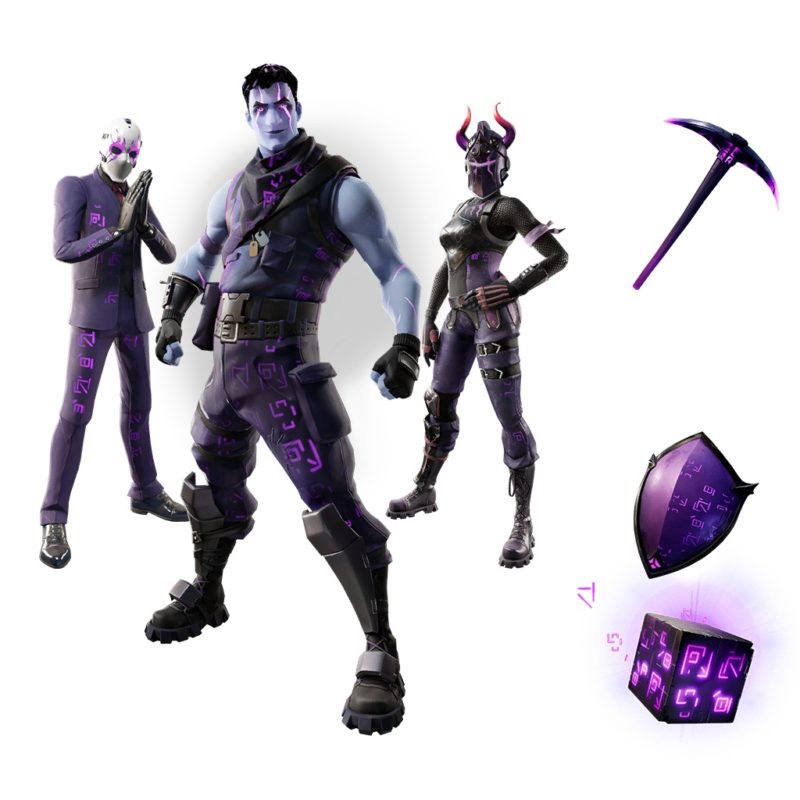 According to preliminary data, the Dark Legends bundle will be in the game very soon and will really include three skins, 2 backblings and a pickaxe.

Dark Jonesy (Rare) – He has seen beyond the darkness…

Dark Legends cosmetic bundle will cost wishing people in different amounts, depending on the region.

It was previously said that the bundle will go on sale no earlier than November 5th. But, apparently, the developers changed their plans and are thinking just about when to release it.