Do you remember the concepts that Epic showed us last time? It was about 4 months ago and many of them were released during this time. Yep, some of them were better in concept than in Fortnite after their release, but there is one skin, which intrigued all – Omega Knight. 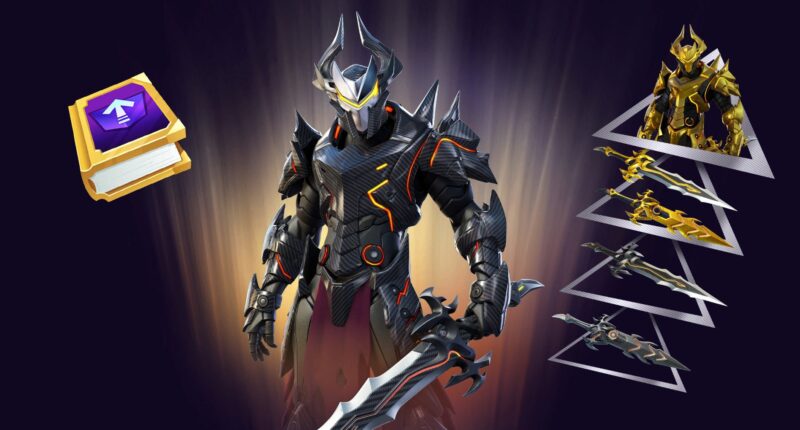 We all know this is about Omega, megaOmega in heavy armor with a cool sword. Only few have the original Omega skin, because he was the reward for level 100 in Chapter 1 Season 4 Battle Pass. It means that all players will be happy about it. Probably even Dota 2 fans will like it, because he looks almost like Sven from the game. Perhaps, there are even more similar characters in other games, but naming them all will be a hard task.

Even though the outfit looks cool already, it’ll have two styles of sword and black and gold version. There also are Battle Pass level up challenges in its bundle, like in the Monarch bundle in last season. The challenges are easy – all you need to do is collect level up tokens in different locations every week.

Here are all the locations for each weeks Level Up Tokens in the upcoming Omega Knight Level Up Bundle.

This bundle will be sold for V-Bucks. Dataminers think that Omega Knight will be released in Fortnite on May 5.