Players are disappointed in Fortnitemares 2022

Epic Games recently conducted Fortnitemares 2022 in Fortnite, but it wasn’t a success in the players’ eyes. Every year, Fortnite players are waiting for Halloween to come and the island to cover in different decorations which make it visually more interesting. Unfortunately, 2022 couldn’t bring the player’s attention as the past seasons did, and quite a lot of loopers got disappointed.

The thing is that even though there were a lot of in-game items and even a free skin – Chrome Punk, the island barely changed, and the decorations that were actually added were much more modest. 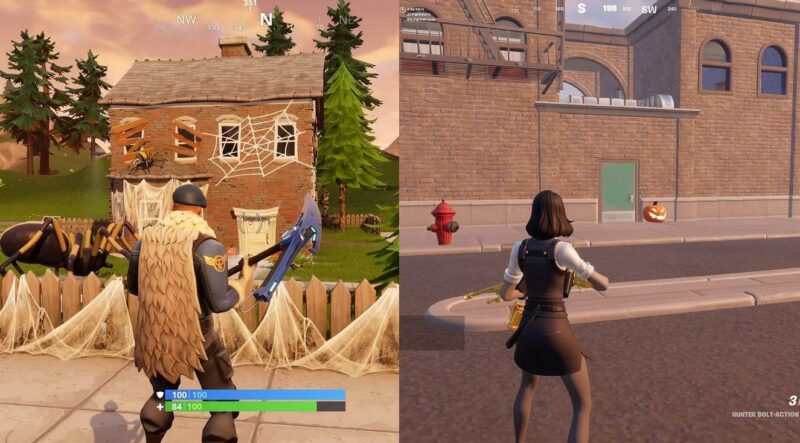 Difference between Halloween 2018 and 2022 in Fortnite

These screenshots do a decent job at showing the players’ mood. Loopers say that Epic Games are paying too much attention to collaborations and cosmetic outfits, and completely forgot about the in-game atmosphere. This year, the island didn’t change as much as the players wanted for this holiday. The main problem is that only some locations were changed, while the past events changed much bigger parts of the island.

It’s worth noticing that Epic tried to balance the atmosphere by giving away free items and bringing Horde Rush back. The players are tired of challenges in general, and some attention to Fortnite as a game instead of a money source would probably help the situation.

In the past, the game also had unique items, buildings and special changes to Battle Royale made to make the atmosphere more authentic.

Unfortunately, Fortnitemares 2022 will probably remain the worst ones in the game’s history, but let’s still hope that the Christmas event will get more attention from the developers.