The first spring event in the history of Fortnite starts on March 30. This Fortnite event is called “Spring Breakout” and, of course, it will have a lot of free challenges and rewards. It will give us a tournament, free rewards and challenges, but first things first.

Let’s start with a free pickaxe which can be obtained after completing the Legendary Quest from Webster. This quest will be available on April 1 and called Tactical Quaxes Pickaxe. 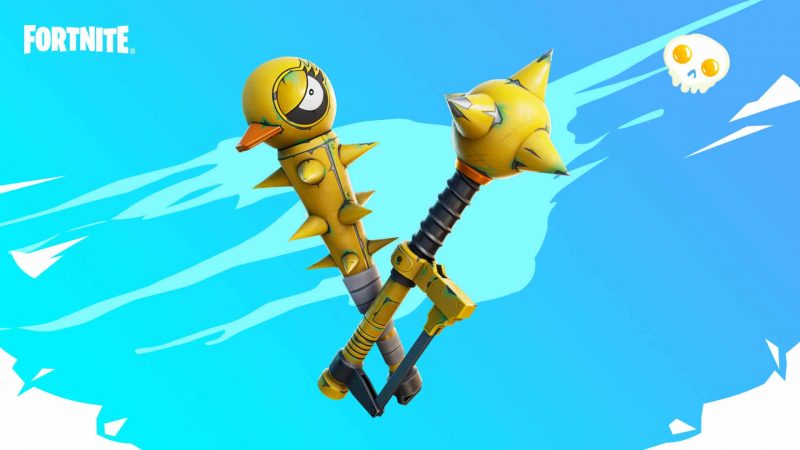 As I understand, there will be several Webster’s challenges and each of them will give players a free item for completing one. It seems that we will be able to collect a few steep items. The first of them will be a pickaxe that looks appropriate and even ominously cute.

Now we will discuss some information that appeared on Epic Games site about the new Fortnite tournament – “Spring Breakout Cup” will move “Friday Nite Bragging Rights” on Friday, April 2. It will take the form of Duos competition. 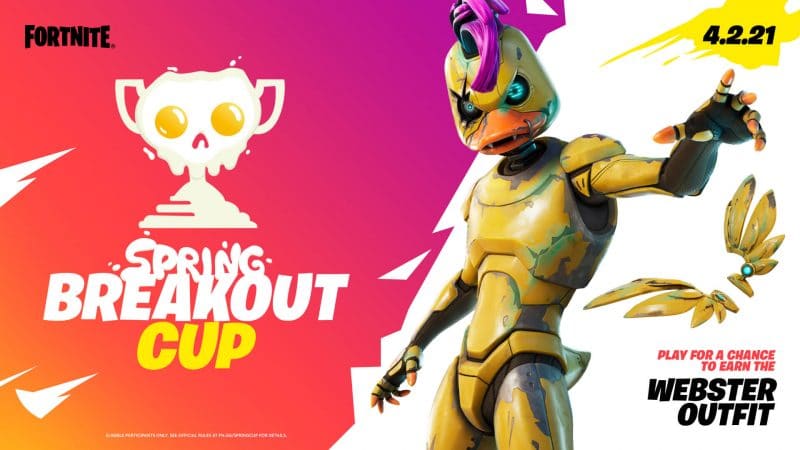 As always, we will have 3 hours and 10 matches to collect the necessary amount of points for the victory. After getting into the top of Duos in your region, players will receive Webster outfit and Mecha-Feathers back bling for free. You will need to be in the top-1125 in Europe to get this marvelous reward.

New outfits at the store

In addition to free stuff, there will be paid ones. This gang of affectionate scoundrels will arrive at the store within a week. 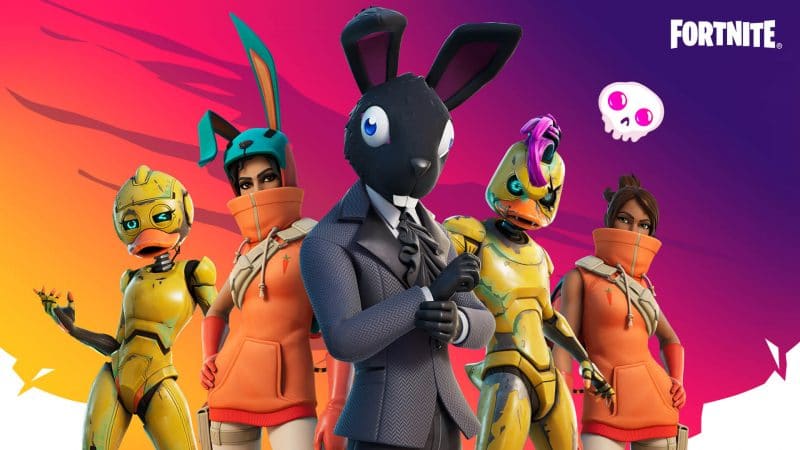 Of course, other skins that came out earlier will arrive in time for the spring event. It will be amazing!

Flowers are blooming, the sun is out and robotic ducks and pastel-suited bunnies are on the Island… wait what?

Spring is here and #SpringBreakout is coming! There are new Items, a Duos Cup, Papercraft and even an in-game reward to earn.

A new character and the Egg Launcher 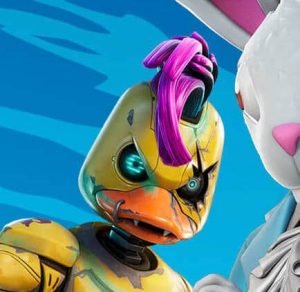 The game also will bring the Egg Launcher, which I personally have never liked, but nevertheless. 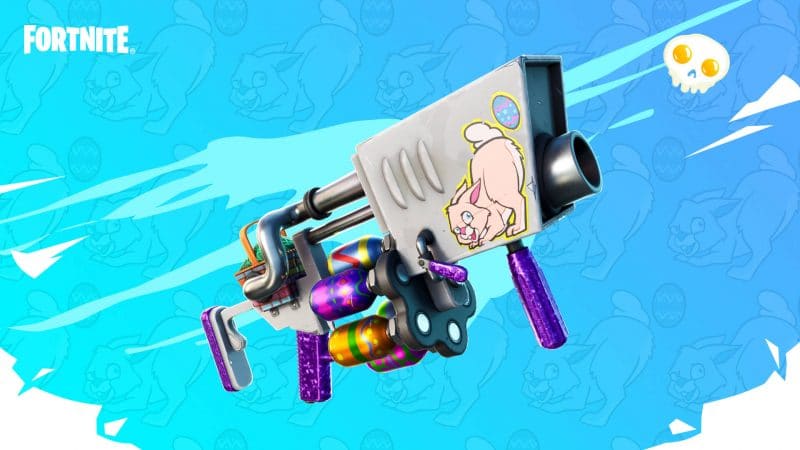