It so happened that patch 8.20 was criticized by all and sundry. Even football player Zlatan Ibrahimovic, in his usual manner, wrote: “Zlatan says to return”. And also the ninja streamer once again expressed dissatisfaction with the changes in the game. By the way, if all the recent actions of Ninji are described by many members of the community as a “crying child” (even Dr Disrespect asked him to stop crying), then Tfue’s positive comments look really unusual. 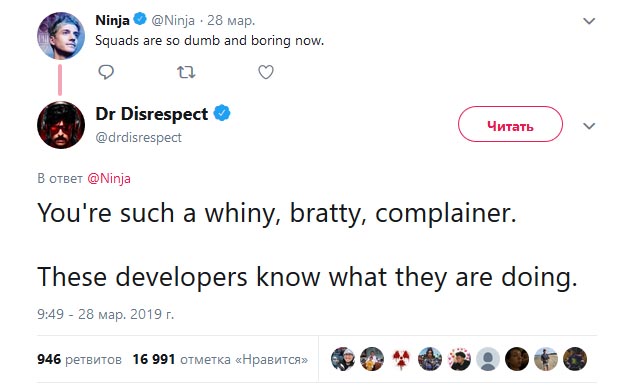 But back to the essence of the claim, users are dissatisfied with the fact that they removed the mechanics of replenishing the shield and health from the game by killing an opponent. The network even launched a vote with the requirement to roll back the patch 8.20, in which the majority (90%) voted to undo the latest changes. However, it is difficult to judge the adequacy of this vote, because it was promoted by streamers, which are against new changes, and the audience usually supports the opinion of streamers.

However, in 10% of the respondents who positively responded to the patch were not only users, but also famous people in the Fortnite community. The representative of the Faze team, the player and the Tfue streamer believe that this mechanic should not have appeared at all in the Fortnite and a return to the standard system is more than a justified decision. Users felt that Tfue is joking, but the player absolutely seriously said that he is usually against new patches, but the last change is really important for the game and there is no need to cancel it.