If you play Fortnite, you have probably seen the amount of collaboration items in the item shop. Some of them might be really unexpected and surprising for most Fortnite players, and so is the newest addition to the game – Chapulín Colorado. “Colorado” in his name probably means the color – he is, indeed, almost entirely red.

Chapulín Colorado isn’t here without a reason, though. It turns out that he’s a popular comedy TV superhero from Latin America, and he is coming to Fortnite in honor of his 51-st birthday. He can teleport, seek evil with his antennas, and he also has some superhero gadgets, such as a rubber hammer. 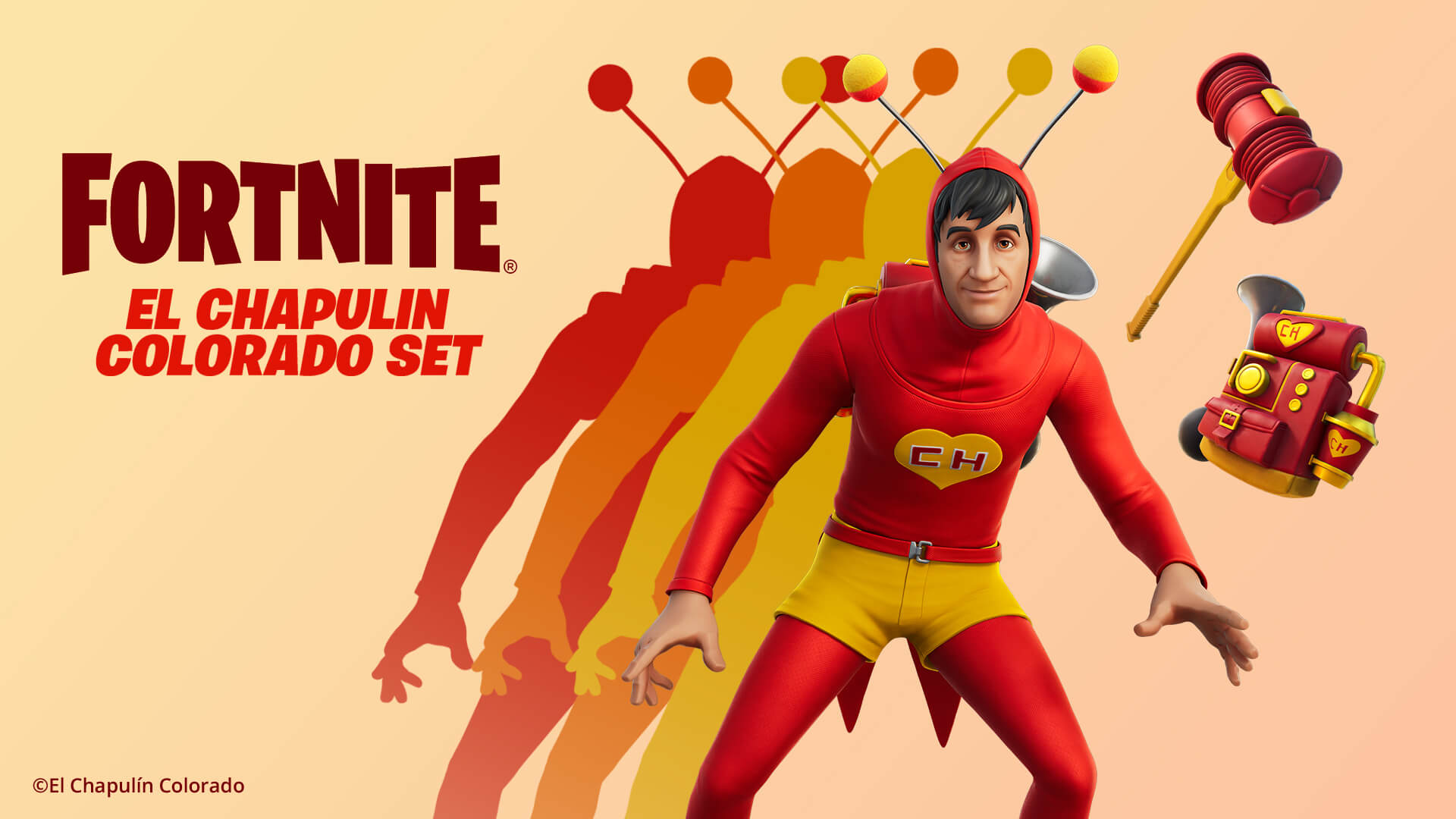 His look might look funny to you, but I guess that’s the whole purpose of the skin and the character. The Chapulín Colorado outfit is going to appear in the item shop on November 2, 00:00 UTC.

In addition to the outfits, the players will also be able to purchase the Paralizatrón CH-3000 back bling, the Chipote Chillón pickaxe, and the ¡Que no panda el cúnico! emote.

And if it’s still not enough items for your locker, you also might check out the Frankenstein’s Bride skin, which was recently announced and is already available in the item shop.