The Fortnite map has quite a lot of interesting locations in Chapter 3. Some of them are new, and some are just updated versions of the old ones. But nevertheless, we have a new map with tons of new places and named locations to discover. 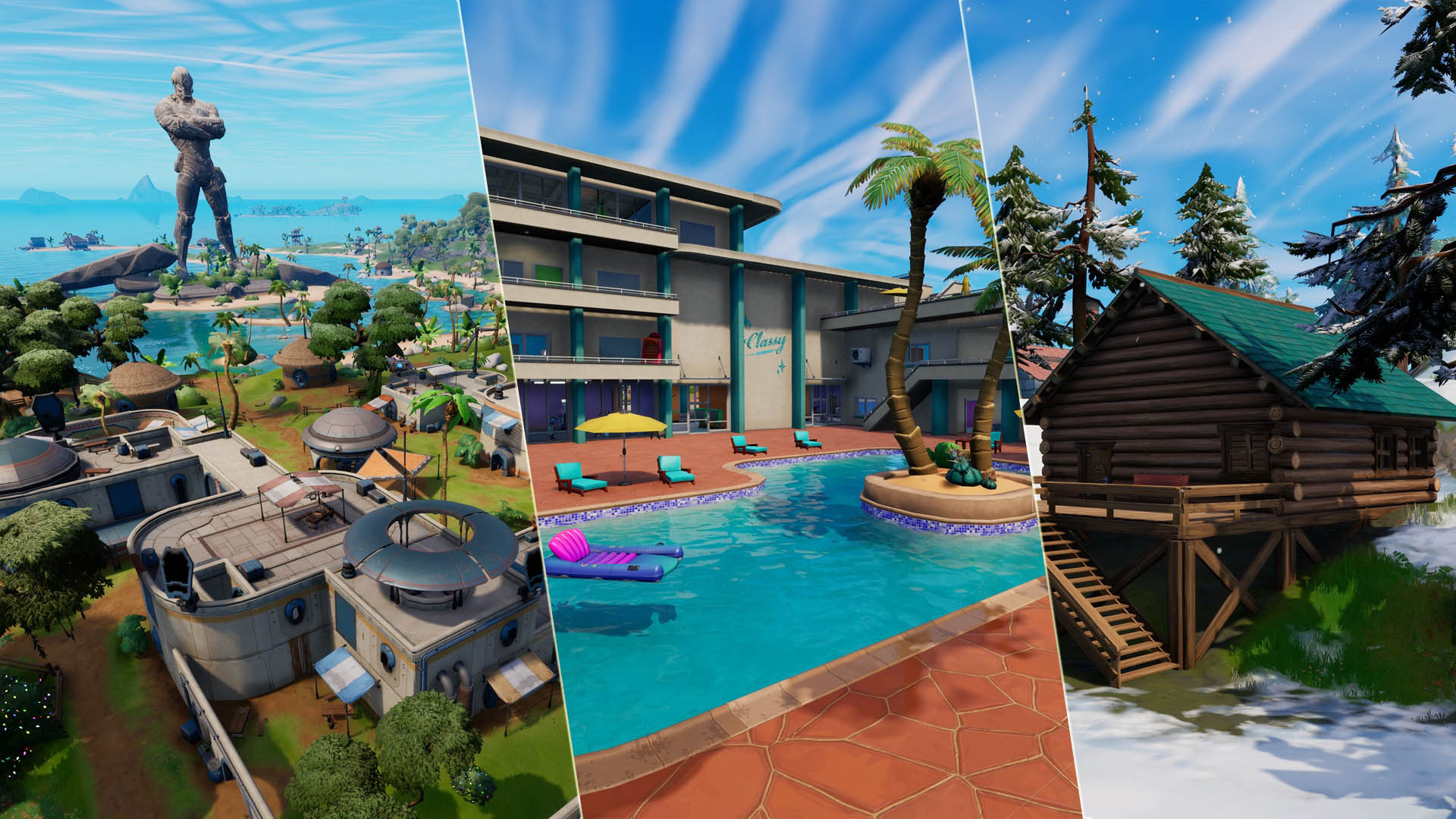 There are 12 named locations in Chapter 3 of Fortnite. This is one location less than the old map had, but all of them look cozy and fit the biome they’re located in. Of course, the map is covered in snow for now, but this should probably change in a while, revealing the true look of the map. For example, Camp Cuddles should probably look a little less cold that it’s looking right now.

There are some rumors saying that Tilted Towers will appear on the Chapter 3 Season 1 map on its 9th week. They are covered in snow now, but each winter comes to an end, even in Fortnite.

Here’s the full list of named locations in Chapter 3 Season 1. Just click the links to learn more about a specific location:

If you’ve seen all the locations already, you can probably choose your favorite one. Most players drop at one or two locations all the time, so let’s hope that the new map has a location that the players will enjoy visiting over and over again.