A red cube appeared under the Fortnite map

The amount of cubes this season is so big that even a mathematician would get tired of them. However, we won’t talk about the purple, gold and even blue cubes here. Instead, let’s talk about the red cube, which appeared under the map south from the center of the Fortnite island. 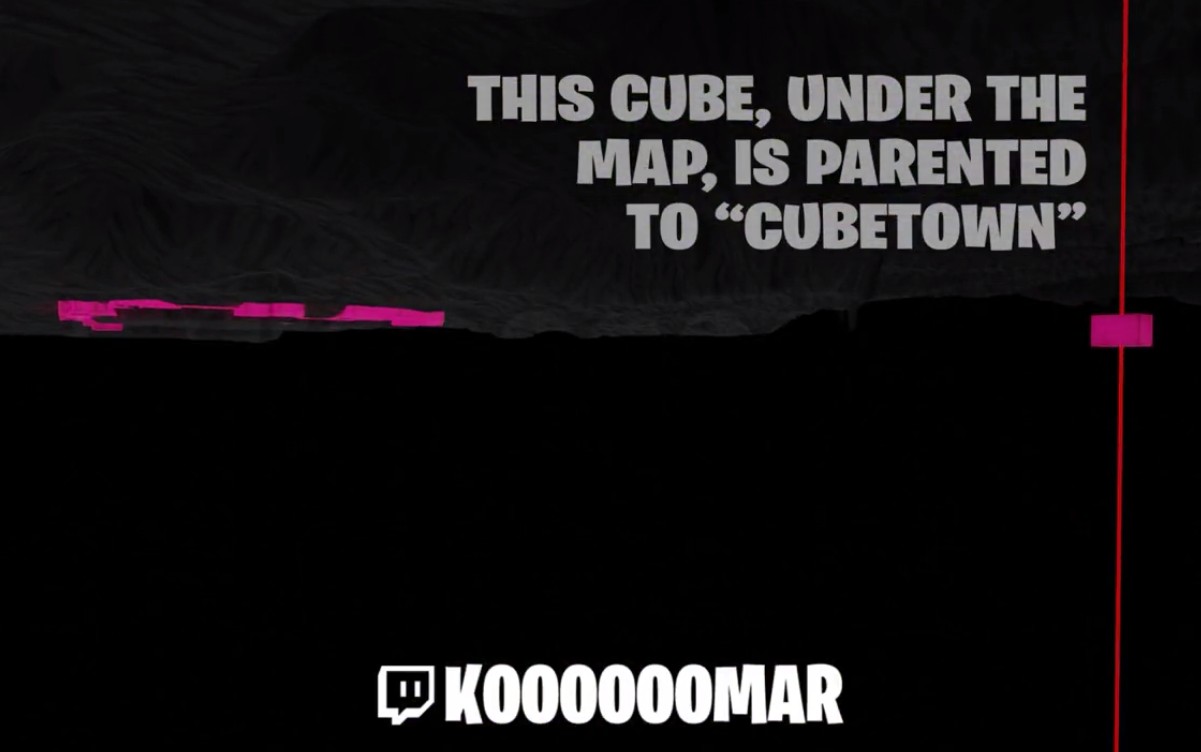 The data miner who leaked the model thinks that he found something really important. However, nobody really knows what it is – most likely, it’s just a placeholder and something else will appear there later.

Something potentially BIG that I discovered recently.

There is now a random cube UNDER the map in the location shown. I added the red line so you could see it from above.

The data miner also mentioned that the red cube is parented to the cube Convergence in the center of the Fortnite map, so something related to it might appear instead of the cube when the location expands again.