If you’ve logged into the game after the 20.30 update, you might have seen a message from Epic about changing one of the outfits. That’s fine if you’ve bought it, but this message was actually sent to all the players. Result: if you’ve bought this outfit a while ago, you will be able to use it and even refund it. And if you have never had the Beach Jules outfit in your Fortnite locker, this message doesn’t mean anything – the developers didn’t give you a free outfit. 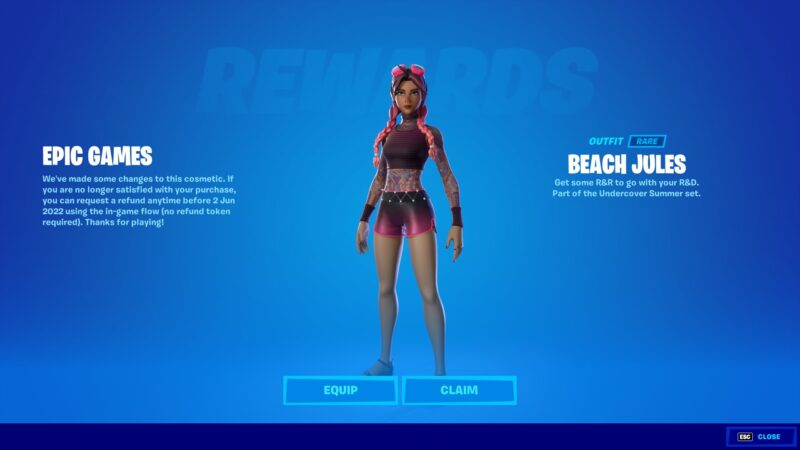 Obviously, the outfit was shown to all players instead of just the outfit’s owners because of a bug, but we didn’t see anything like this before. According to the developers, Epic changed Beach Jules’ skin tone for it to match the skin tone of the outfit from Fortnite Chapter 2 Season 3, but instead, it looks more tanned and dark than the original one. If the owners of the outfit don’t like the new appearance, they can refund the outfit without spending a Return Request before June 2, 2022.