Patches Epic Games recently aimed at returning to Fortnite a long-forgotten old. And instead of changing the map by the beginning of season 10, they gradually change it in the process, add and remove locations, refresh the look and make original performances. After all, you must admit that they turned out well at the beginning of season 10! And then there will be! Stay tuned for not to miss anything interesting!

The return of old locations – a win-win strategy from developers – and the old ones are watery, and newcomers are happy to be able to play in unfamiliar areas. However, for themselves, the creators chose a thorny path and add old locations in an unspoiled form. Today we look at all Fortnite V10.10 patch map changes – retail row returns, kevin’s memorials & more.

The outlet was returned to the game in the beautiful form that it had before the eruption of the volcano. Ahead of your questions, I’ll say that resources can be built and mined at a location (Tilted town, for example, has reverse mechanics), so you don’t need to fly around it as a born builder. 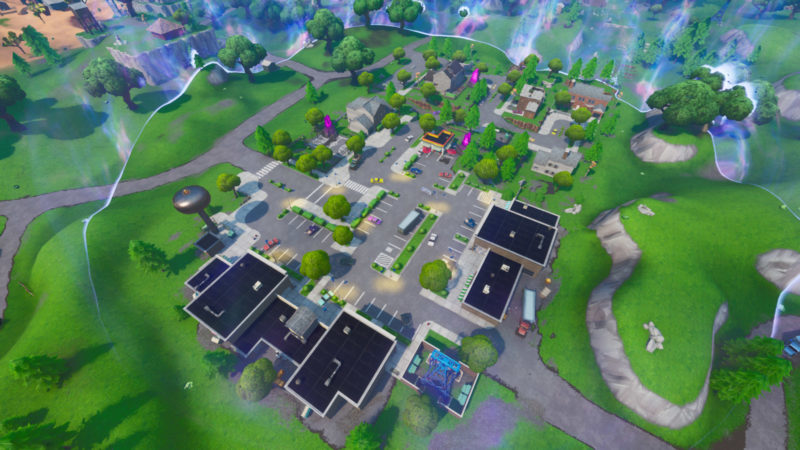 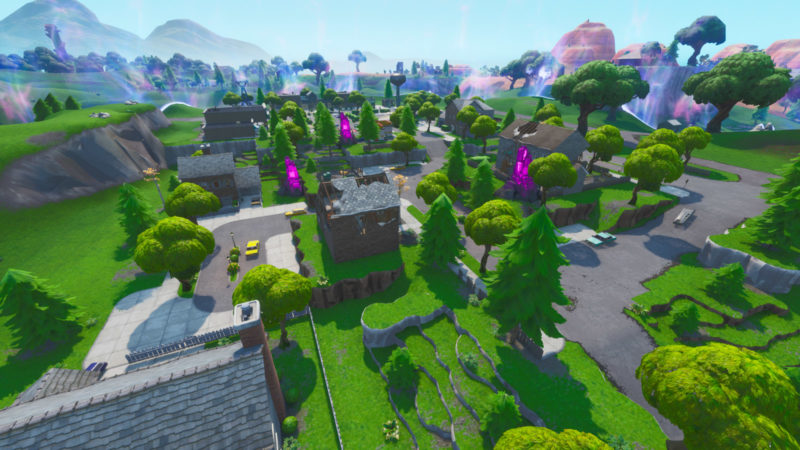 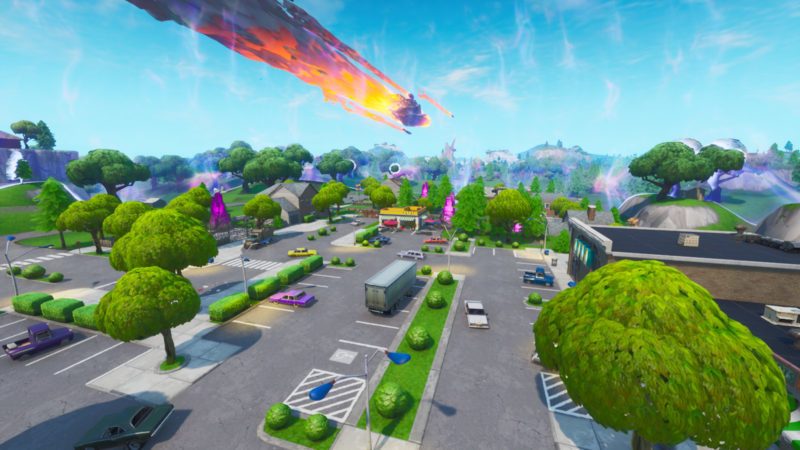 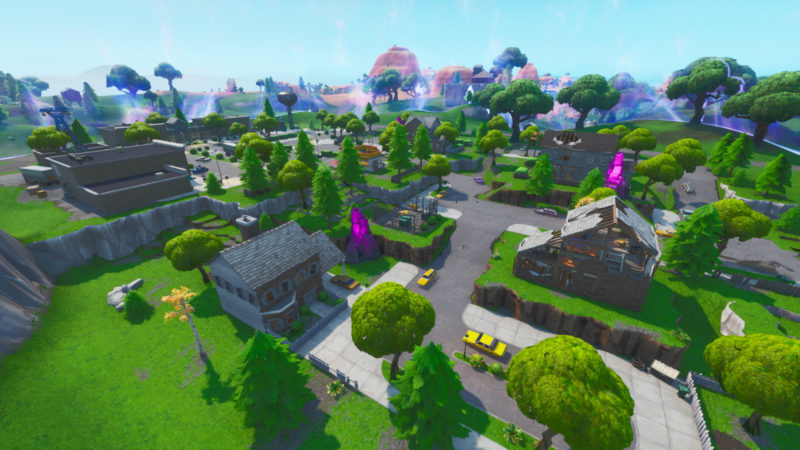 However, if you thought everything was so simple, I hasten to upset you! The stones of the zombie spawn captured the location, so for a normal game they will either have to be destroyed or run out of the force field zone.

Kevin’s Cube was very important for both Fortnite and the community, so now two memorials praise this creation. One of them can be found where the Cube first appeared – southwest of Paradise Palms. 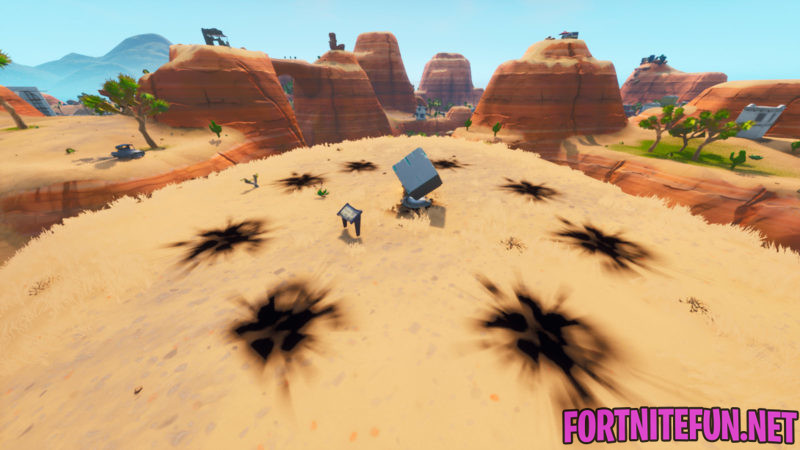 Another memorial, of course, is at Loot lake, where it was last seen. 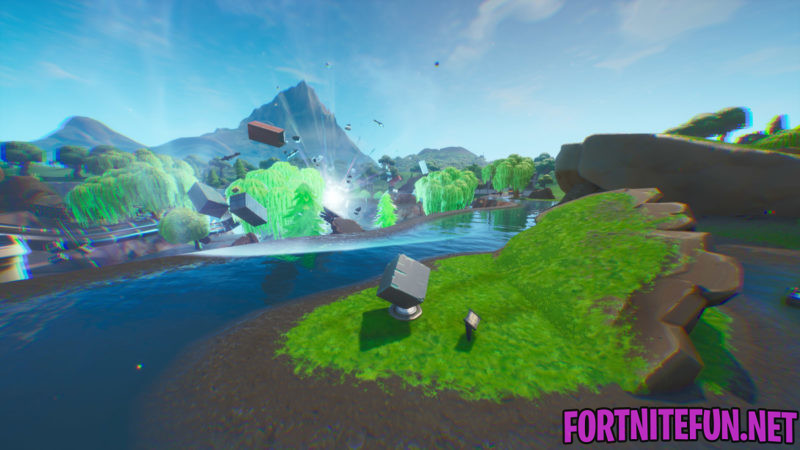 At the beginning of the season, there were hints that Paradise palms could turn back into Moisty Mires, as mentioned in our recent entry. It seems that Paradise Palms really turn into a mire, as the grass is already filling this location! 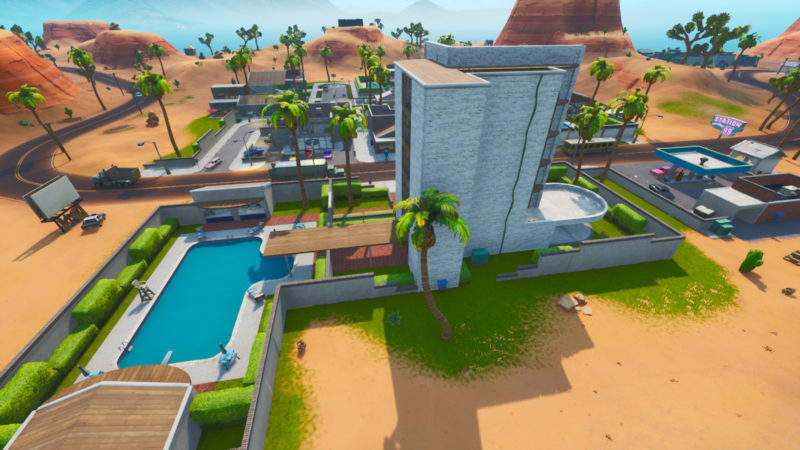 World Cup winners were also recognized in this weekly update. You can see the Bugha trophy in Lucky Landing: 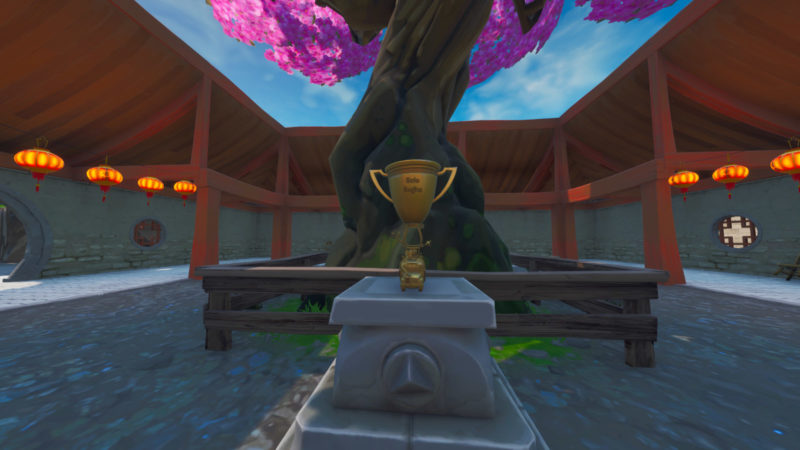 As well as the Nyhrox and Aqua trophy in the Happy Hamlet: 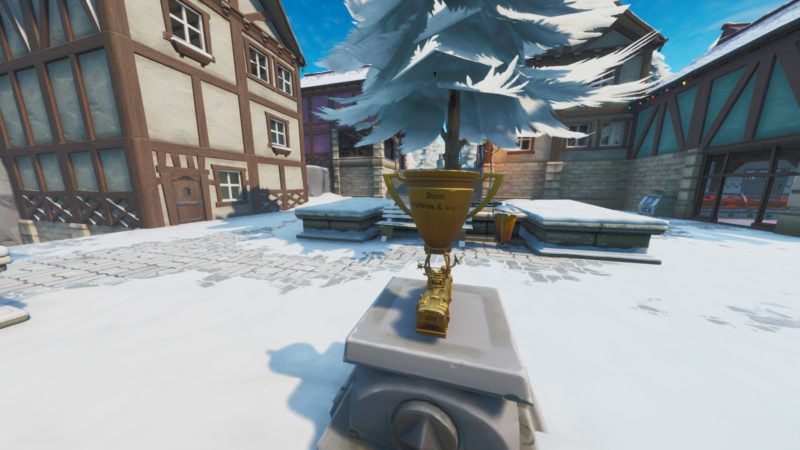 On this, all the interesting things in this update end!