Characters from the movie Dune are coming to Fortnite

We’ve seen quite a lot of collaborations during the past month – Mummy and Frankenstein’s Monster, inspired by the Universal movie studios, a character by the artist Kaws, and even another Fortnite comic by DC. And it’s not over yet – Fortnite data miners found two outfits from the movie Dune in the files, and these outfits are coming to the item shop soon. 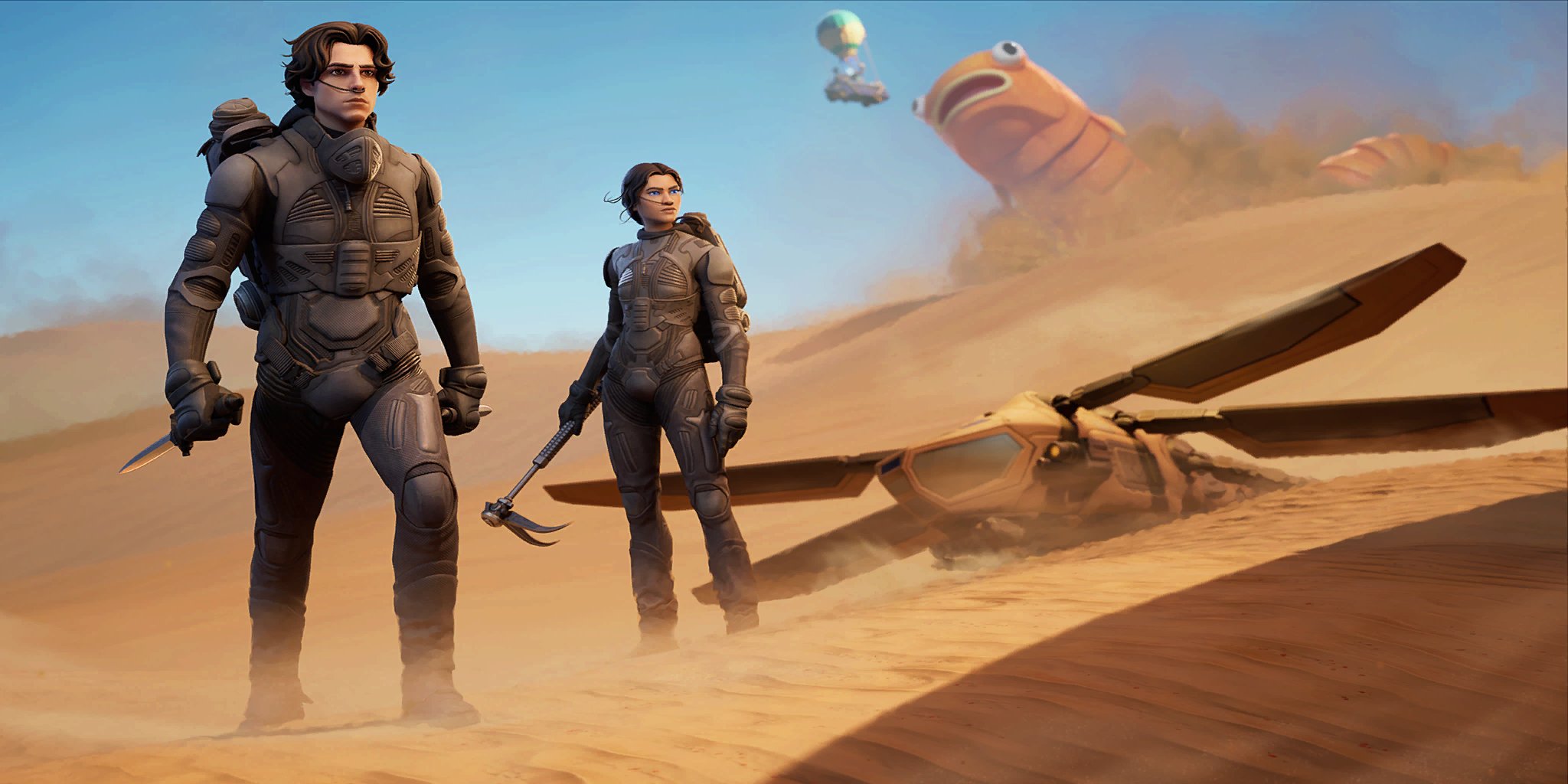 According to the movie’s description, it fits Fortnite quite well. The characters are spread across different planets, and they’re constantly fighting for their survival. Just like in Fortnite, but with planets instead of an island. And the survival details will fit the game really good, especially if you remember Chapter 2 Season 6.

The skins Chani and Paul Atreides will come to the item shop in Fortnite soon. There will also be a couple of back blings – Chani’s Satchel and Fremkit, an emote called Sand Walk, the Ornithopter glider, The Stickworm loading screen, and a couple of pickaxes – Maker Hooks and Twinblades. Unfortunately, the Fishstick Worm from the loading screen isn’t coming to the game. 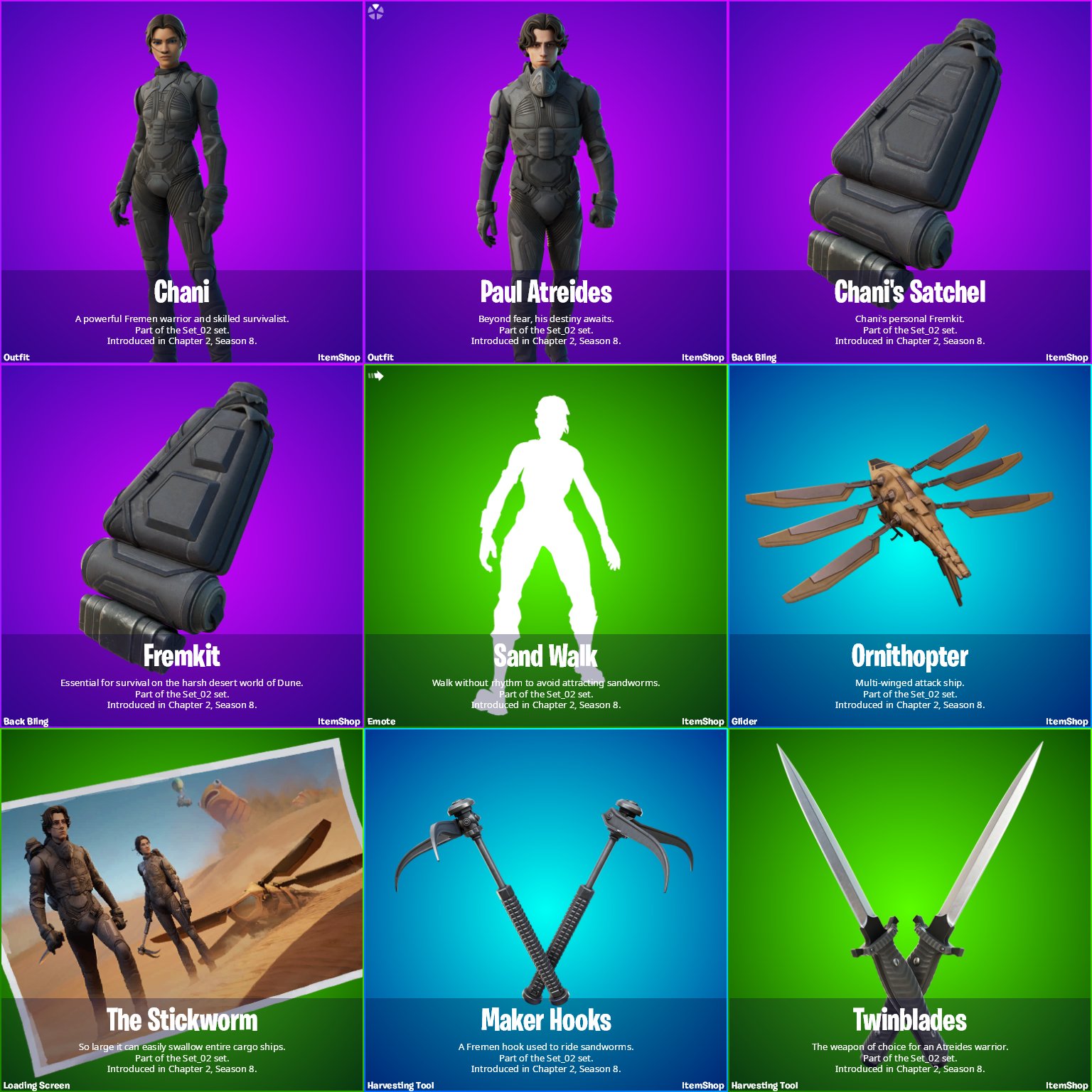 The community says that the in-game characters look similar to the actors from the movie. I haven’t watched it, but according to screenshots, it’s true. Timothee Chalamet as Paul Atreides and Zendaya as Chani will become a part of our lockers really soon. 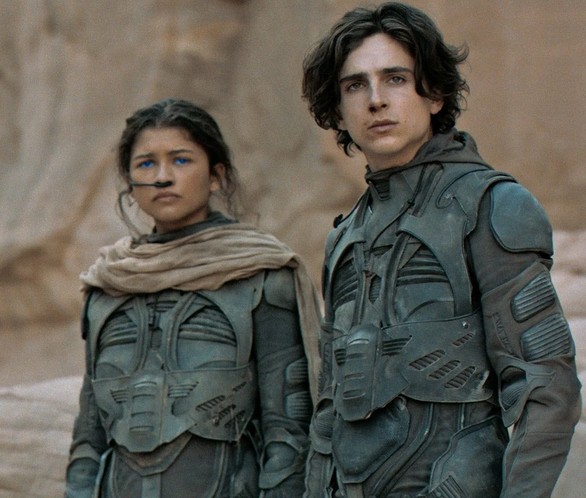 The release date of the outfits fron Dune isn’t known yet, but, of course, they will be sold for V-Bucks in the item shop of Fortnite. Collaborations skins are almost always hard to get, except the times when they get into a Battle Pass.