Coral Castle will be destroyed with the 17.40 Fortnite update

According to the update schedule, the 17.40 Fortnite update will come out in the next few hours. Fortnite players have a lot of theories and hopes about the contents of the 17.40 update, but most of the players probably hope that Coral Castle will finally be destroyed.

UPD: the 17.40 update is already out and Coral Castle can now be seen in its destroyed form! 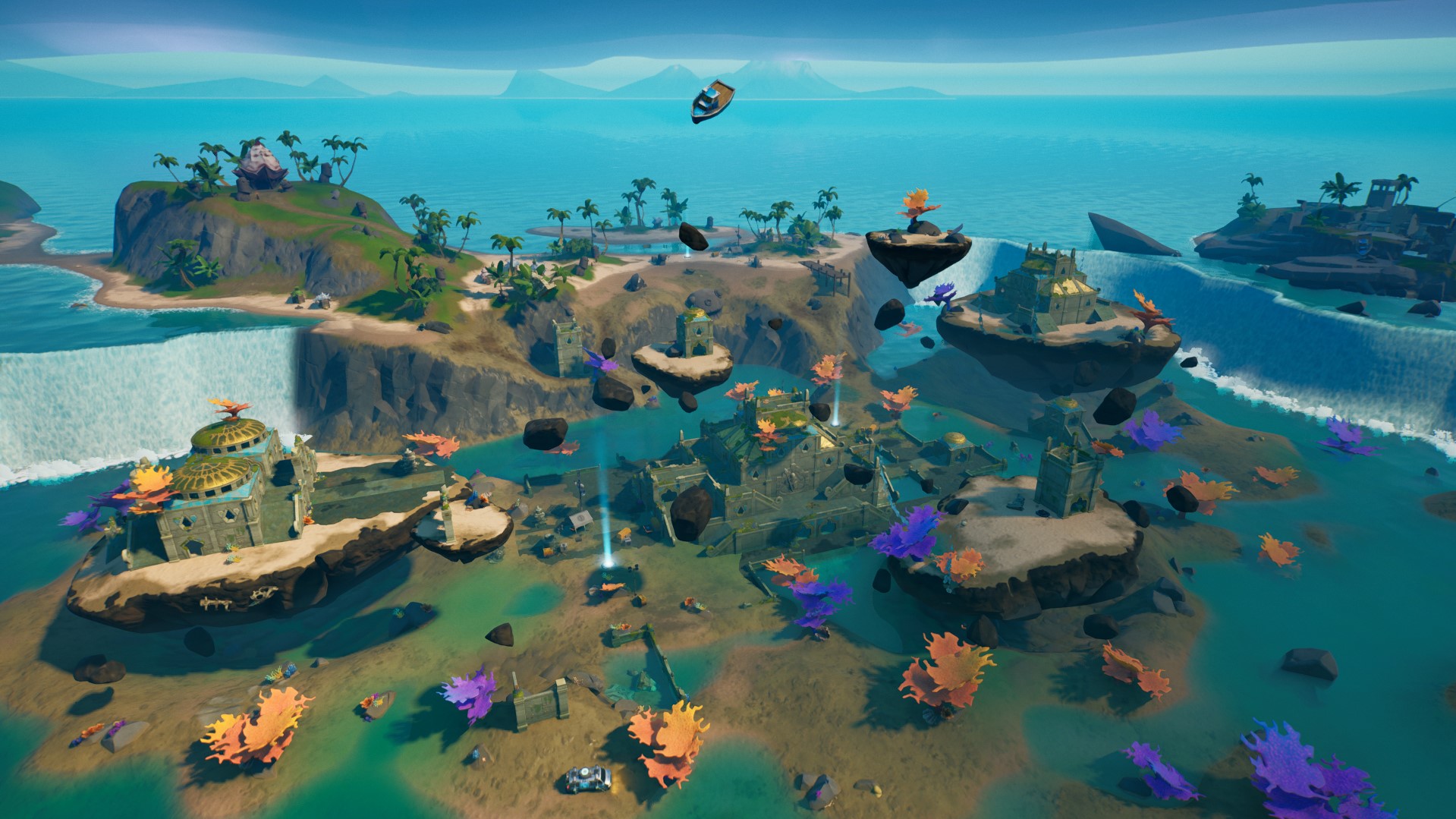 You probably know about the whole thing with this location getting destroyed. A few weeks ago, some files about Coral Castle and its abduction were found, and it seems like the location will be gone much sooner that anyone would expect.

We know this because of the Chapter 2 Season 7 Fortnite Champion series stream. Some people noticed the new minimap that shows the destroyed Coral Castle, and the community quickly concluded that this map belongs to the 17.40 Fortnite update, which will feature the new form of the location.

Coral Castle will be the next abducted POI!

This unreleased minimap version of Coral Castle was shown in today’s FNCS stream!! 😳

Some other community members found out the exact date of the location’s abduction:

The giant tractor beam from the Mothership will be onto Coral Castle next Tuesday, being this the next POI to be abducted! #Fortnite (via @ShiinaBR) pic.twitter.com/J1bwPj8pqG

The order of the abductions is rather strange. First, we lost Slurpy Swamp, which was standing there for 7 seasons already, now Coral Castle is gone, and the next abducted location will be Corny Complex. The last one is understandable – the aliens should’ve known their opponents better, and Corny Complex has a secret IO base with Doctor Slone herself. However, we are not likely to see the destruction of Corny Complex before the 17.50 update.

According to data miners, we’ll also have a story trailer tomorrow, which will tell us more about the whole abduction situation. Let’s hope that they’re right, and we’ll get to know the aliens a little better.