Fortnite 15.10 – all the new exotic weapons and an NPC

Fortnite 15.10 update has brought a lot of new things to the game, including new exotic weapons and even an NPC. There’s a lot of other changes, of course, but we won’t cover them today. 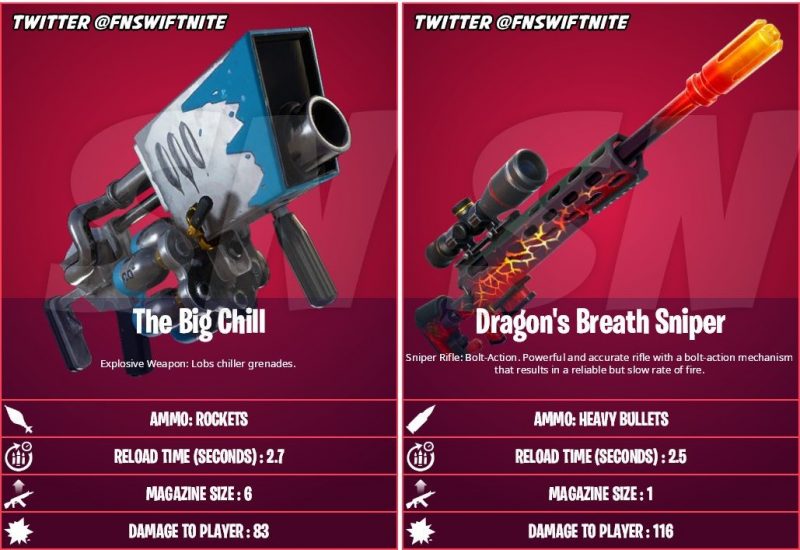 There are 2 new guns in total – the “Dragon’s Breath” Sniper Rifle and “The Big Chill” Grenade Launcher. There’s a new NPC as well – it’s Snowmando, who is the 41st NPC in the collection.

And if you don’t know what exotic weapons are, you can check the rest of them here.

The new sniper rifle can be bought from Blaze, which can be found south from Sweaty Sands. Unlike other exotic weapons, Dragon’s Breath’s cost is 1213 gold bars. A strange number, but the cost is lower, which is nice. 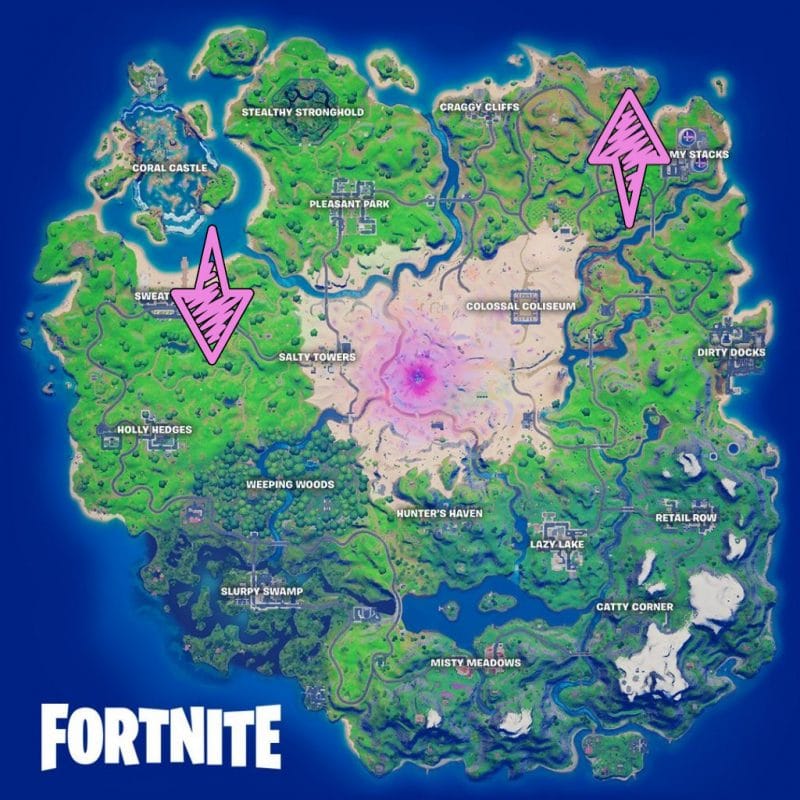 By the way, the cheap price is also strange because this sniper rifle is one of the most effective ones. Its body damage is 119, and its headshot damage is 290, which will one-shot anyone even at full HP and armor. 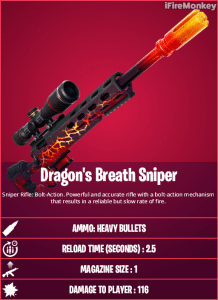 This sniper rifle’s parameters are the same as the regular Bolt-action Sniper Rifle’s ones, but its main feature is that it sets everything on fire – buildings, trees, players – everything will burn. If you hit a player, you won’t only set them on fire, but also their surroundings.

The second exotic gun in the 15.10 update is The Big Chill grenade launcher. It’s sold by a new NPC – Snowmando, who can be found in the southern mountains. Unlike the sniper rifle, the price of the grenade launcher is much higher than usual – 1455 gold bars instead of 1225. 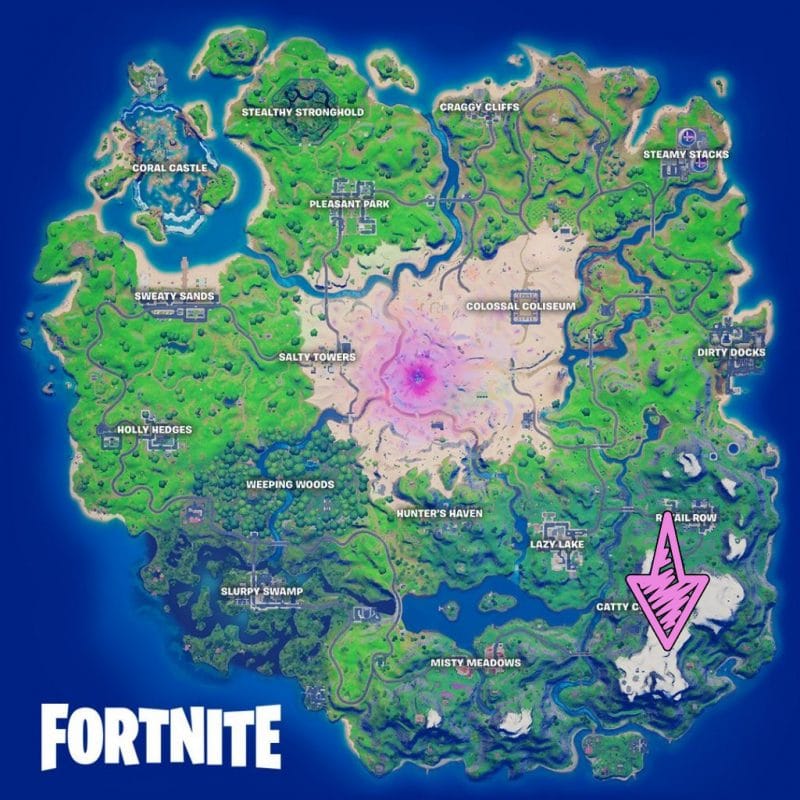 The grenade launcher shoots shockwave grenades, that launch everyone away and also freeze players’ legs. This can also be used to move quicker – just shoot under yourself and you will be launched. This won’t do any damage, but you can still slide off a cliff or something, so I wouldn’t recommend doing so in a risky location or without building materials. 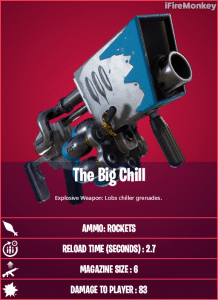