Of course, the shortest month is supposed to be February, but in reality, August always feels like one. It’s really easy to miss the moment when the calendar stops showing the first days of the month and starts showing its end. The end of August has some cons – a many people start studying again, and the weather isn’t too nice, but there are some pros too – a lot of games get released an autumn, and even existing games get some new content, like the September 2022 Fortnite Crew subscription.

This month, you could purchase the Wolverine Zero outfit, while in September, you can get a female version of Wildcard. 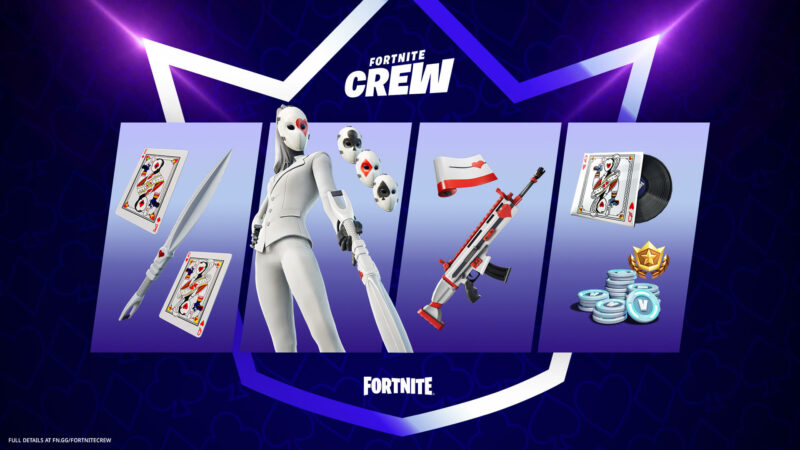 This outfit is called Loveless, even though there are hearts all over her accessories. But if you don’t like hearts, there are 4 different masks for you to choose from. Her bundle also includes the Calling Card back bling featuring the king of diamonds or the queen of hearts, the Stylus Edge pickaxe, Shooting Shuffle wrap, and even her own music pack called The Loveless Bandit. And of course, you already know about the included V-Bucks and Battle Pass.

If you have an option of becoming a member of Fortnite Crew in September 2022, doing so will cost you around $11.99, as usual.