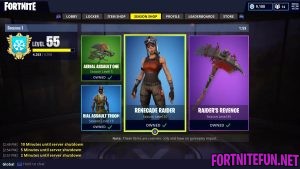 When does Fortnite Season 1 start?

Fortnite season 1 became some kind of Epic preparation for a full-fledged and thoughtful Battle Royale. The game has undergone many changes and improvements. The season began on October 25, 2017 and ended a few months later on December 13, 2017.

All skins that were presented this season were bought only for V-Bucks and there was no Battle Pass.