Fortnite v15.20 leaks – all the outfits and other cosmetics

The time to meet Fortnite v15.20 has finally arrived. Yes, the time between the two updates was big, but Epic Games have had a full two-week break, so now they are full of energy to start working on the next patch.

Let’s start with the outfits. Lexa now has a boyfriend, and Ruby became another outfit with a shadow version. Besides them, there’s a new outfit – Tess.

Tess outfit will be available in the new bundle, and the contents of that bundle can be seen below. The price of the bundle is still unknown.

By the way, the Save The World pack has also been updated. This outfit can also be used in Battle Royale:

It also became known which outfit is this season’s secret one. By the way, you can already complete some of Predator’s challenges to get the cosmetics below:

And here is an image with all the decrypted files from Fortnite v15.20 patch: 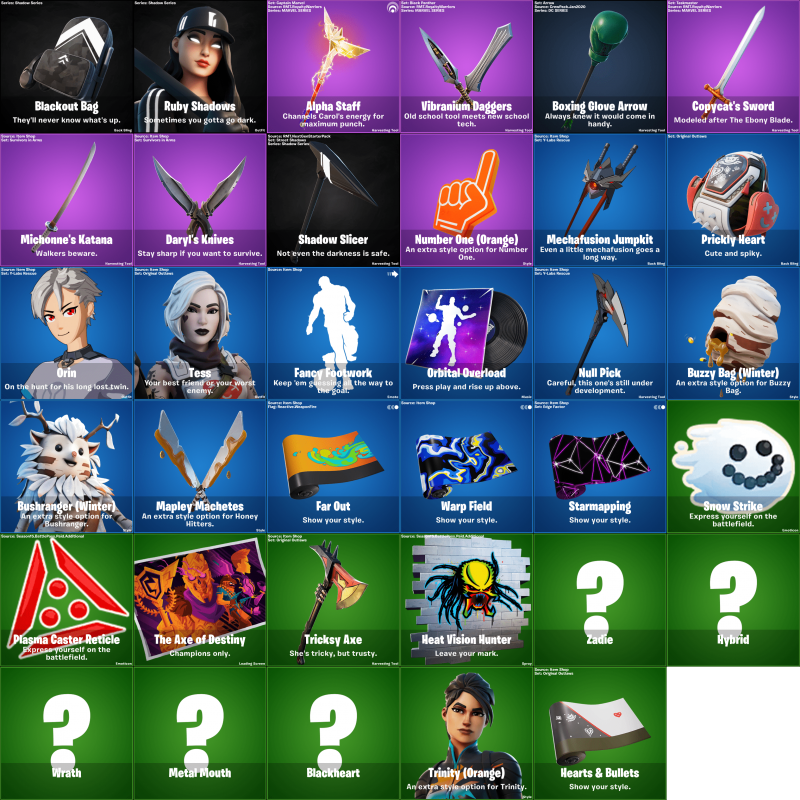