Hidden Battle Star of Season 10 Week 4 “Junk storm” will be available after receiving the loading screen. It is issued for completing any 3 objective!

As you know, Epic Games recently announced a new item called “Junk Rift.” On this loading screen you can watch it in action – an unknown character with a raised hand demonstrates the falling trash. However, this should not attract our attention, the stone on the right is much more interesting. Behind him, people flee and dinosaurs fall right on them. 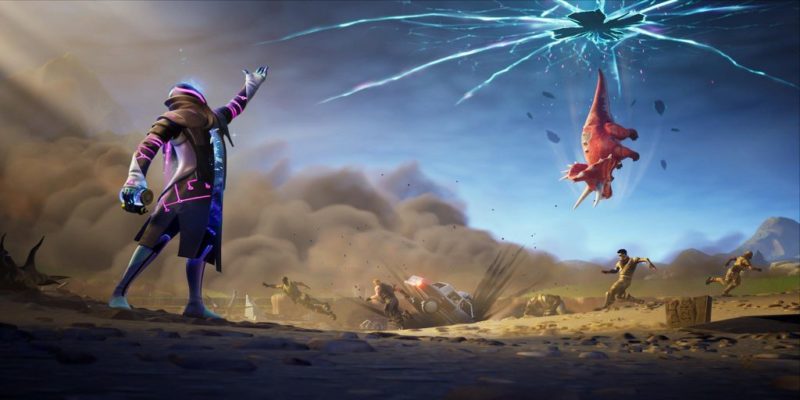 Such coordinates are written on the stone – I2-I3,J2-J3. Our analytical minds suggested that looking for a Fortnite week 4 season 10 “Junk Storm” hidden battle star is necessary east of the Sunny steps.

You need to fly to the marked point on the map and search on the descent from the house. So in the place where the “Junk Storm” hidden battle star lies there will be a small amount of grass and there will be trees nearby.

Fortnite Week 4 Season 10 “Junk Storm” Hidden Battle Star and is in this place!