A new skin Stealth Reflex has been added for the GeForce kit. Earlier we wrote about the fact that the initial skin of the bundle hit the Fortnite store, which the customers of the set were extremely dissatisfied with. Epic Games argued that the skin had a temporary uniqueness, but they fell under the pressure of requests and complaints, and decided to add a separate skin to the game, which only the customers of the NVidia set would get.

Skin has the name “Stealth Reflex” and comes in a set with a hang glider, pickaxe and backpack: 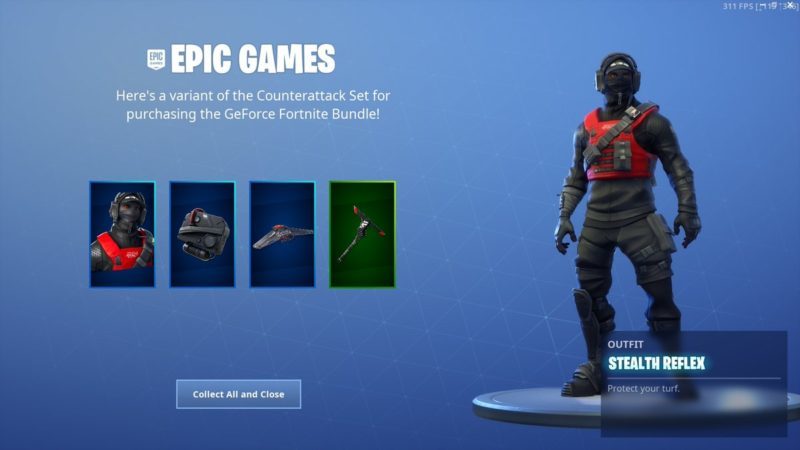