Revenues Fortnite on iOS in 2018

Epic Games ended the year with a huge pile of money thanks to the success of Fortnite. Despite the success of the PC and console versions of the game, it is worth noting that a considerable share of the bank was brought exactly by mobile applications.

Fortnite appeared in the AppStore in March and immediately earned more than $ 10 million. It is noteworthy that according to sensortower, December was the best month. In December, iOS devices managed to earn almost $ 69 million. In total, for 2018, only on iOS devices, the game earned $ 455 million. This is approximately $ 1.6 million per day and this is without Android data, which is alas inaccessible due to the refusal of Google Market services . 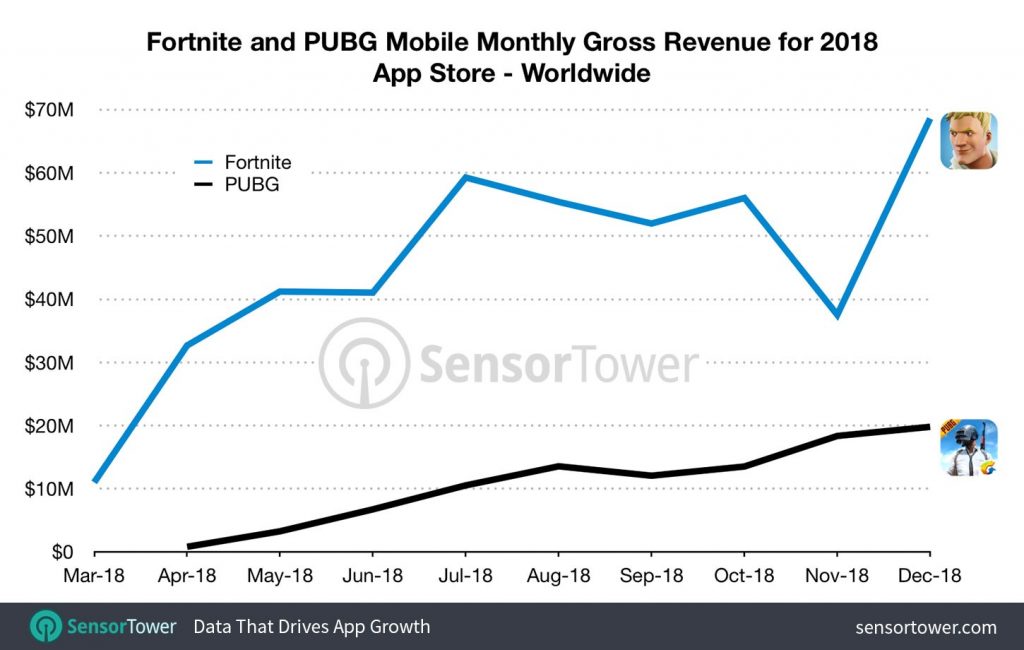 If you have few numbers, then look at how PUBG lags behind its main rival. Profit Pubga for the year – it is only 22% of the profits of the Fortnite.