Slurp Bazooka and other new exotic weapons are coming to Fortnite

This season introduced a lot of new things: new mechanics, locations, weapons, NPCs that trade those weapons and tons of other stuff. NPC traders made obtaining an exotic gun much easier – no more bosses, no more bots, and most importantly, no more crowds of players trying to kill the boss and you.

The only boss nowadays is the Mandalorian, who guards his crashed spaceship in the desert. When he dies, he leaves his Amban Sniper Rifle and his jetpack as dropped items, which you can use to achieve Victory Royale. However, it might be easier to just buy an exotic item from one of the NPCs on the map after collecting some gold bars. 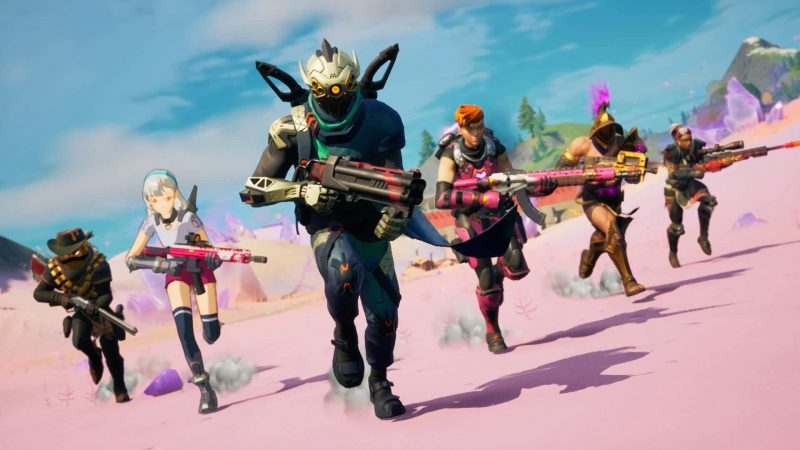 But if you don’t like any of the exotic weapons that are currently presented in the game, you might like one of the upcoming weapons. One of them is the Slurp Bazooka, which will probably act just like the Bandage Bazooka, but will also restore your shields. However, it’s not really a weapon – you can’t use it to eliminate your enemies, unlike other upcoming exotic weapons – Freeze AR and Run Gun SMG. The first one will freeze your enemies just like the freeze trap, and the second one will make you move faster.

– Run Gun SMG: increases your running/walking speed (i had a footage with @ximton but i deleted it and i’m too lazy to record it again)
– Freeze AR: gives chiller trap effect to other players
– Slurp Bazooka: maybe scrapped