Tron skins are available in Fortnite

Fortnite has had a lot of collaborations recently, but even though it seems like it’s enough, Epic Games are not stopping any time soon. This time they added a few skins from the Tron movie to Fortnite. First, a portal was opened, which lead to the Tron universe. And now, the outfits are available in the game for purchase. 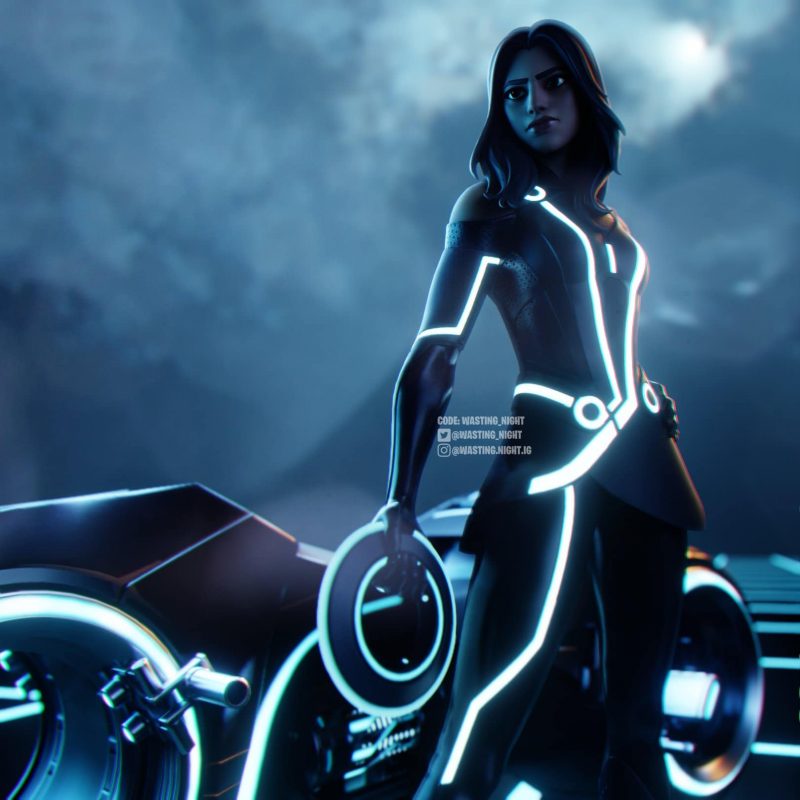 All the new outfits are parts of the “End of Line” set. There are 10 male and female outfits as well as a well-known Light Cycle, which price is only 800 V-Bucks. Each outfit has 2 styles – with and without the helmet, as well as a back bling and a pickaxe. The price of the whole set (outfit + back bling + pickaxe) is only 1500 V-Bucks.

All the male outfits have a helmet with a transparent face shield, while females’ helmets cover the whole head. 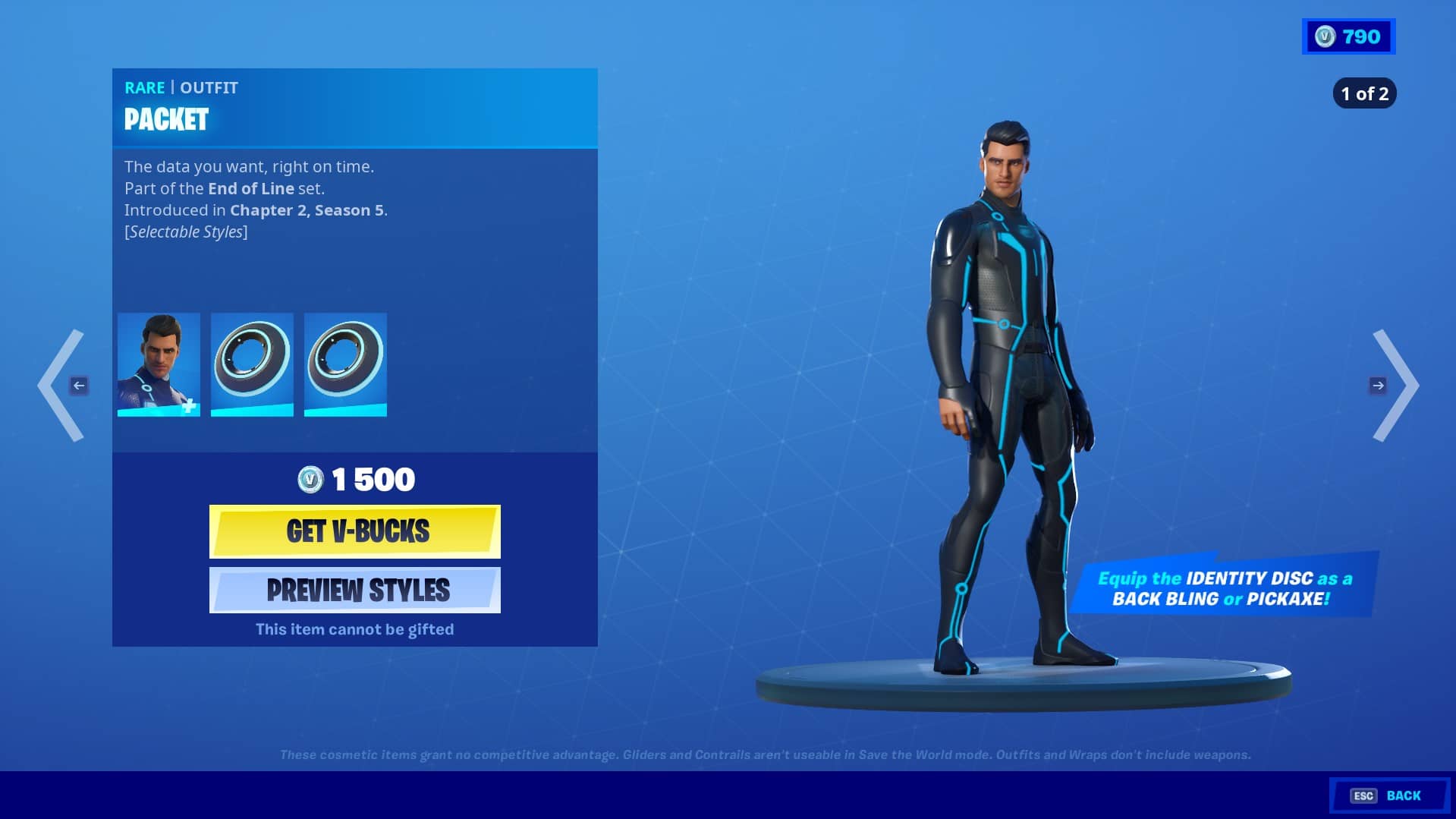 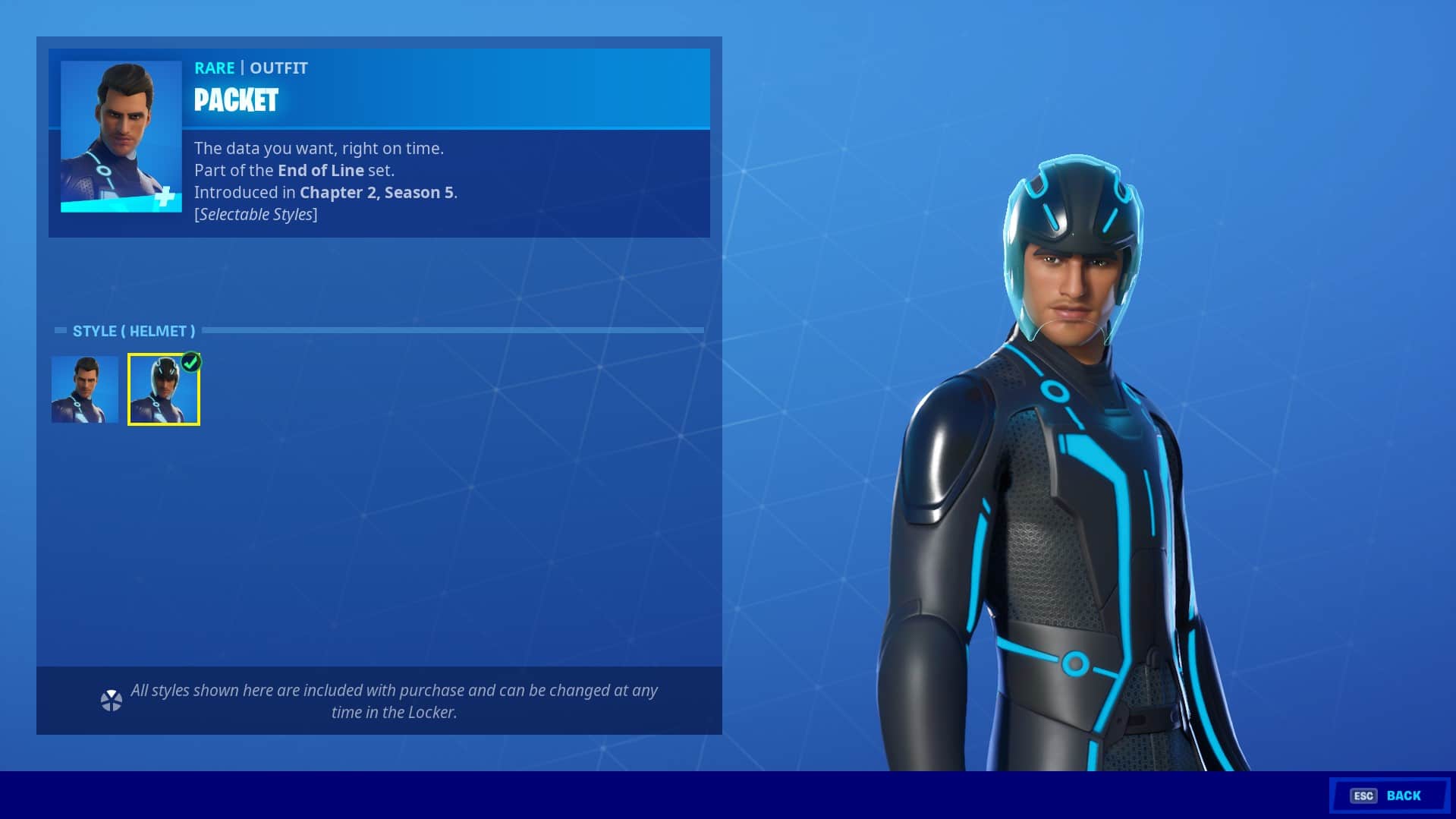 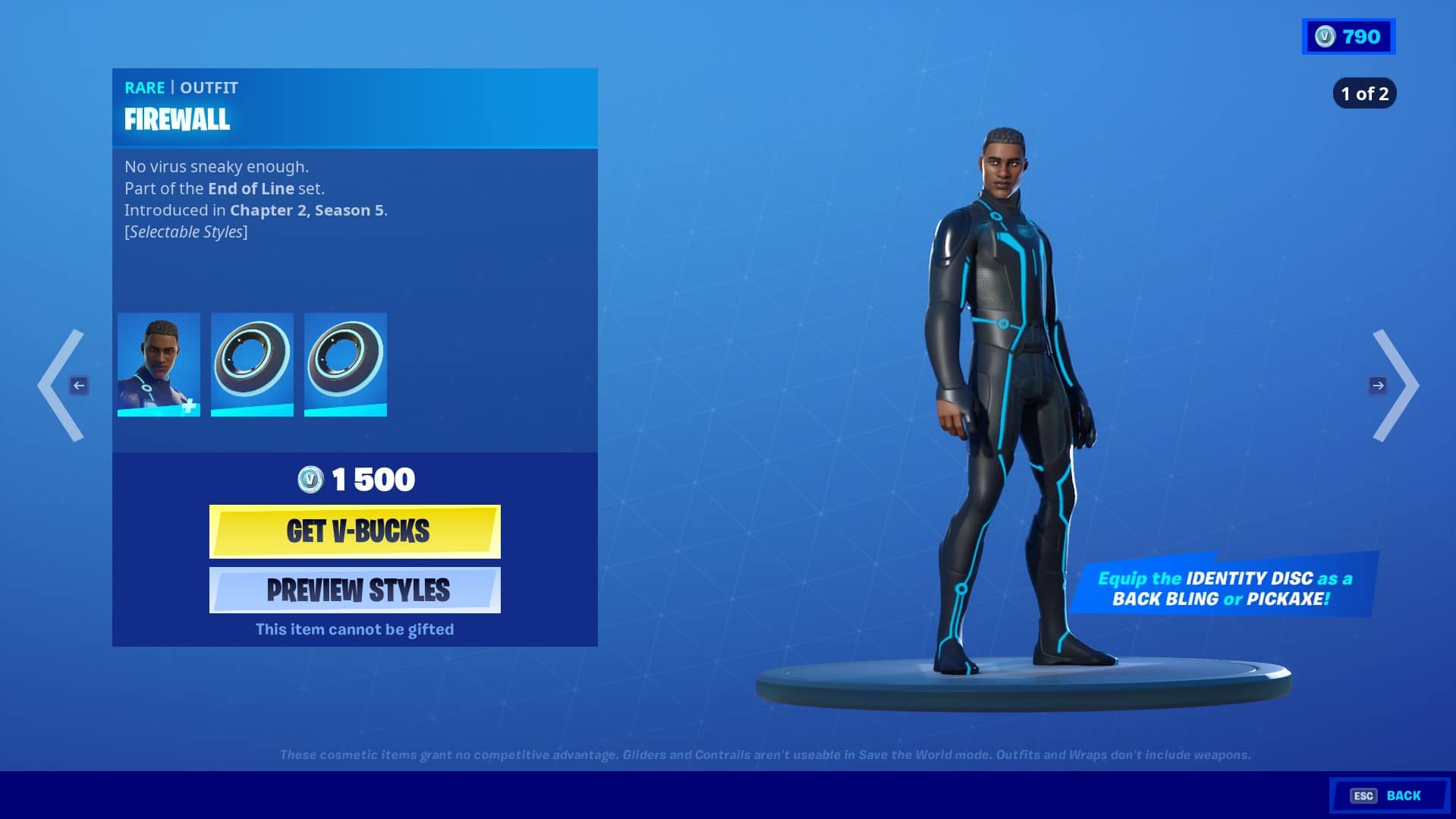 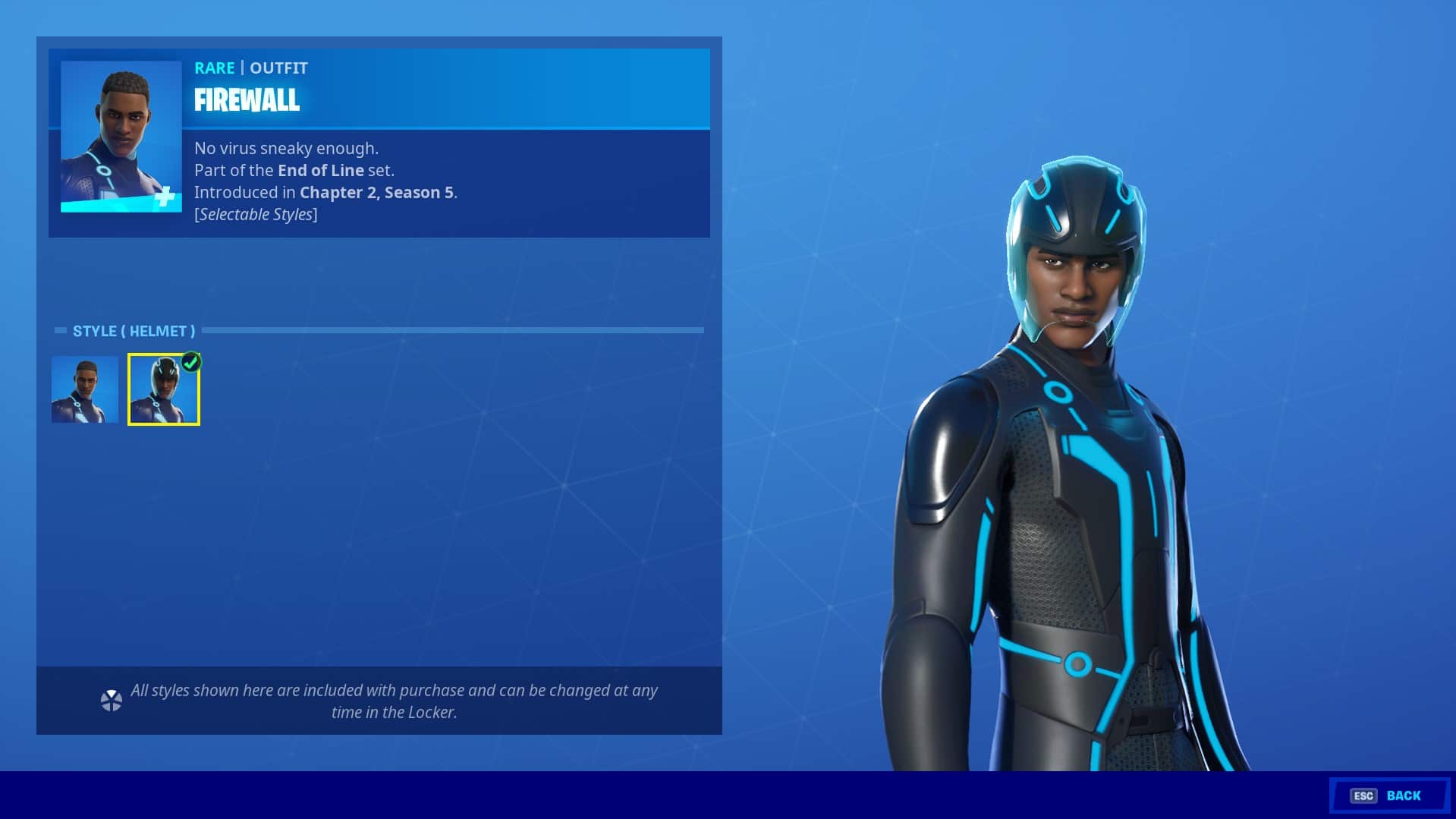 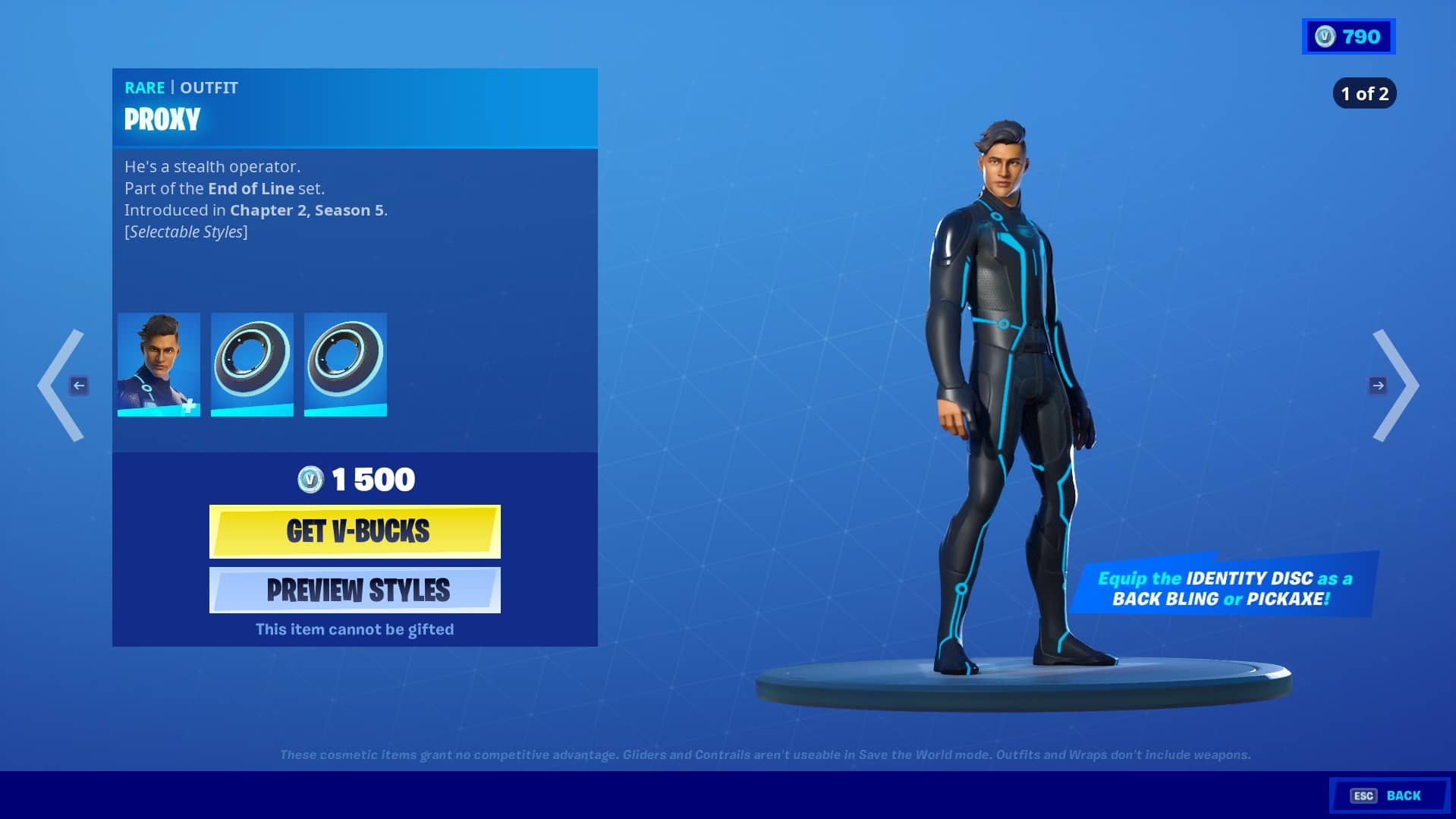 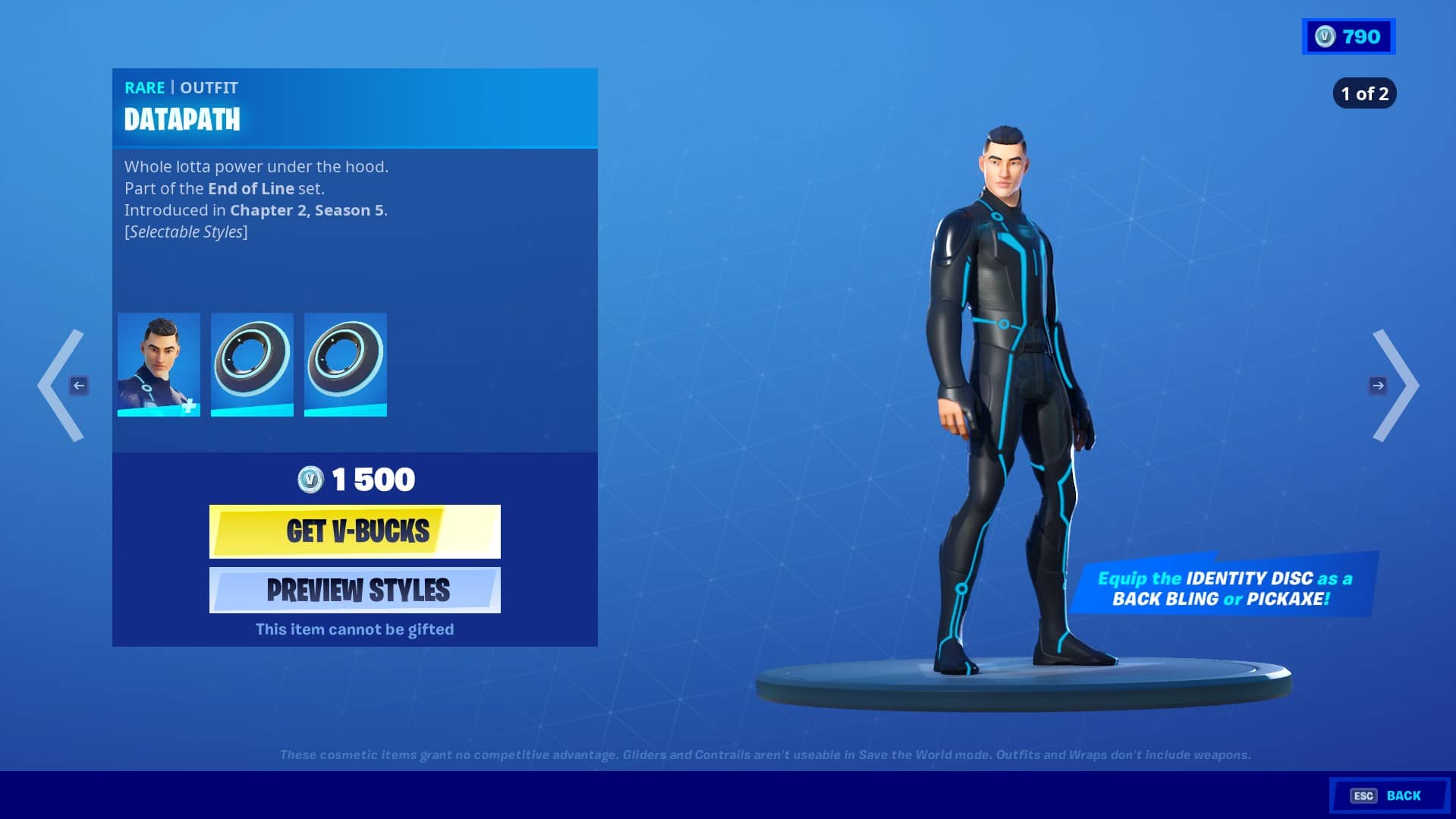 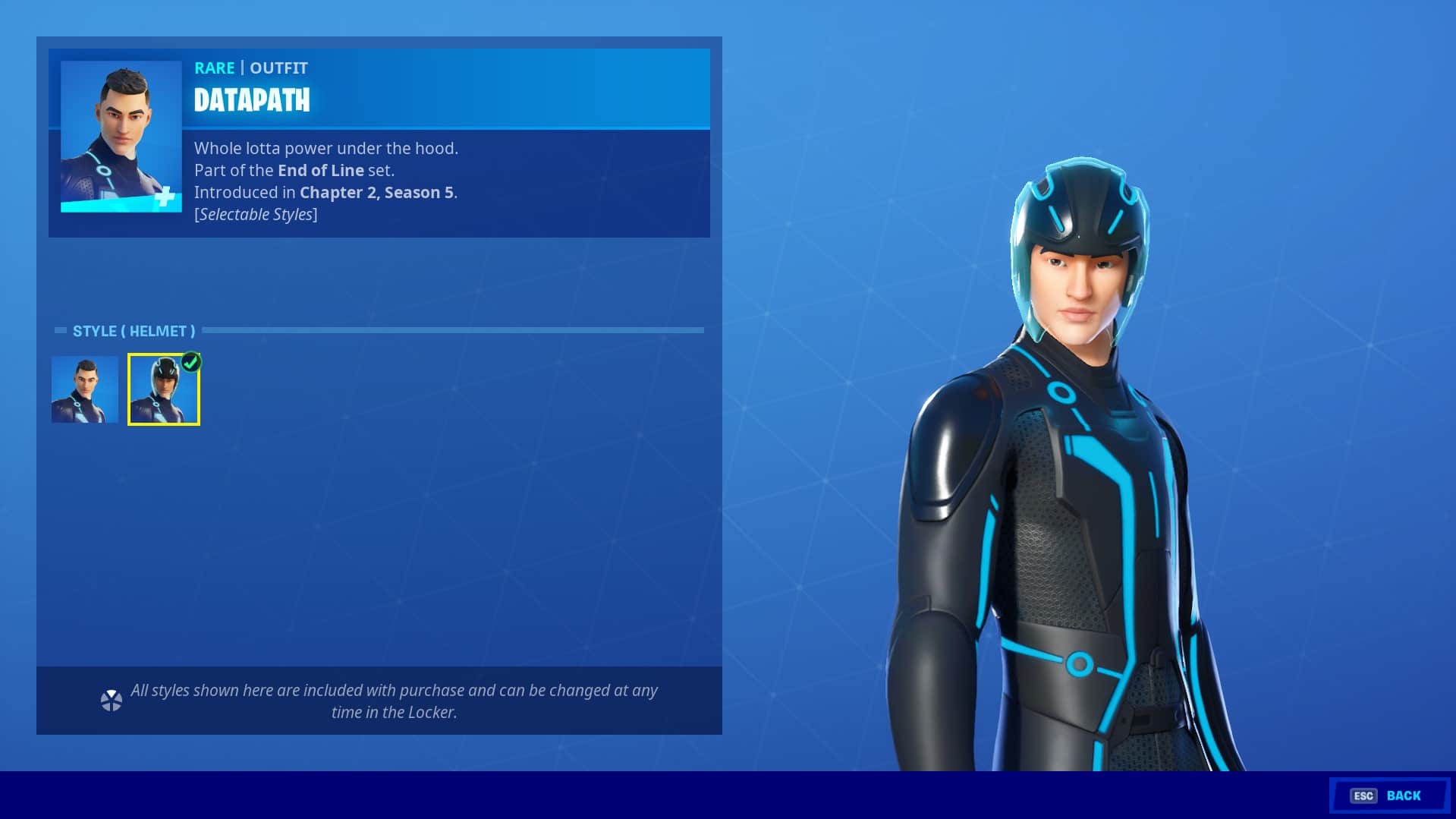 Cypher – “No System too encrypted”. 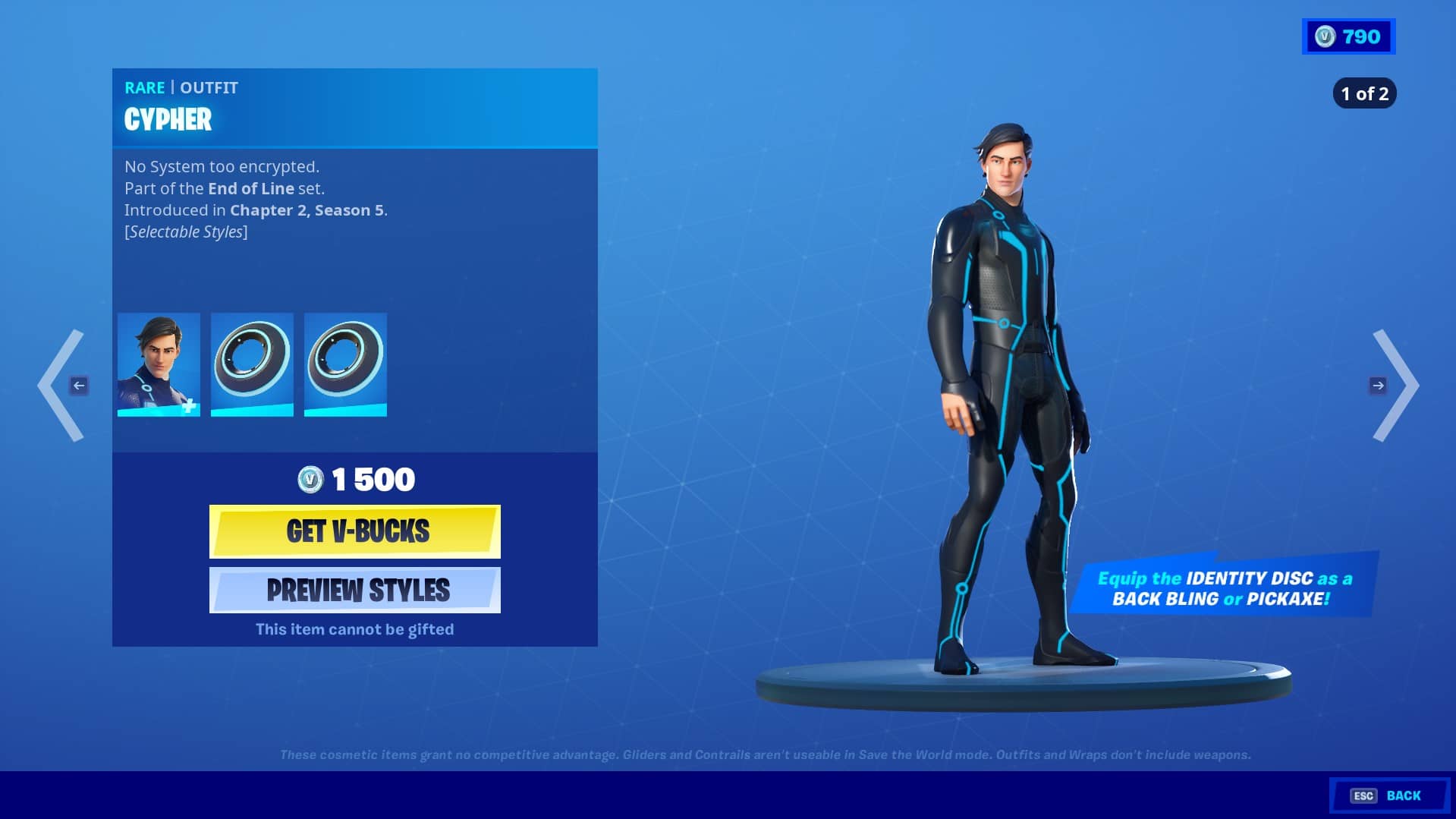 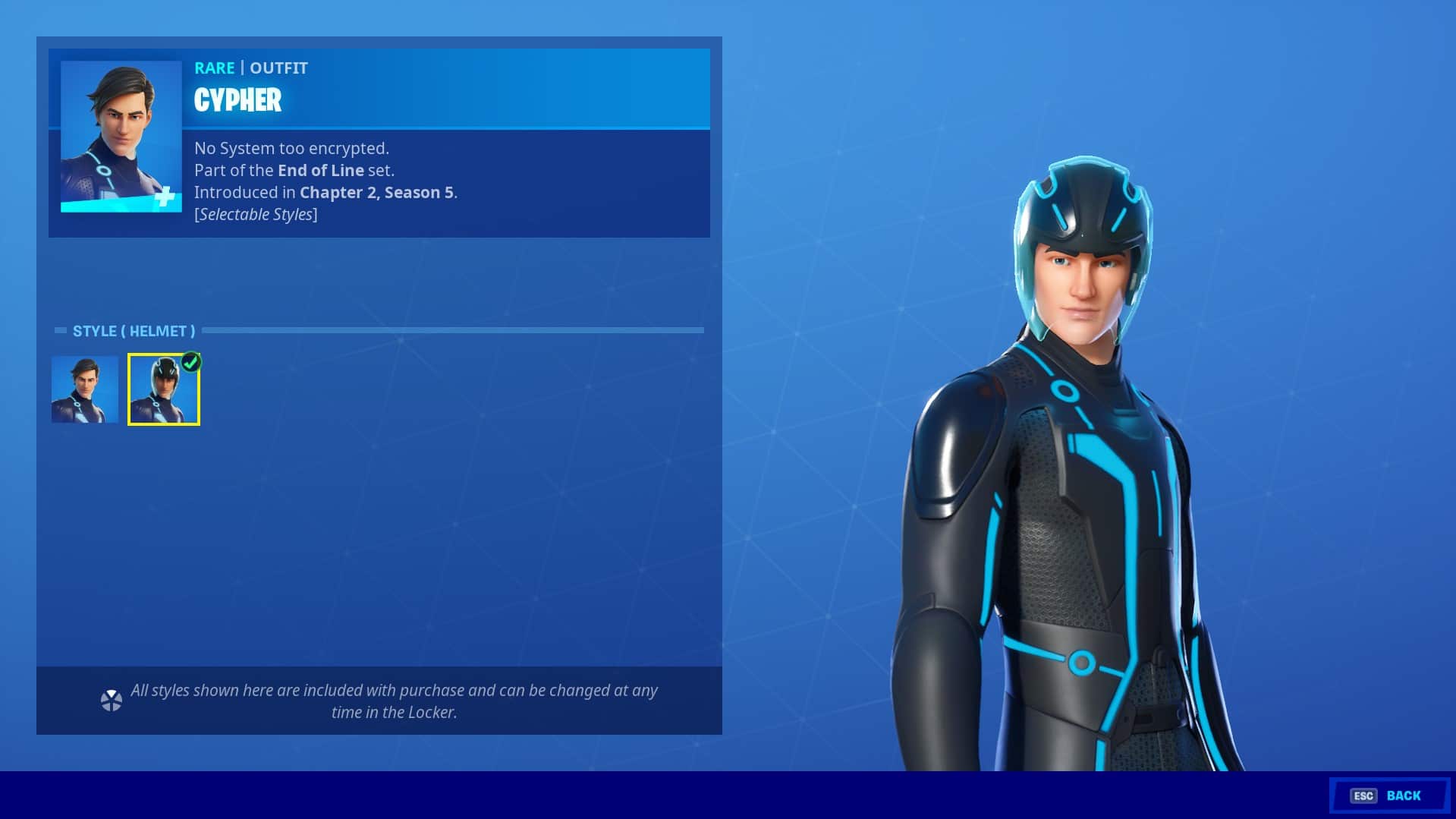 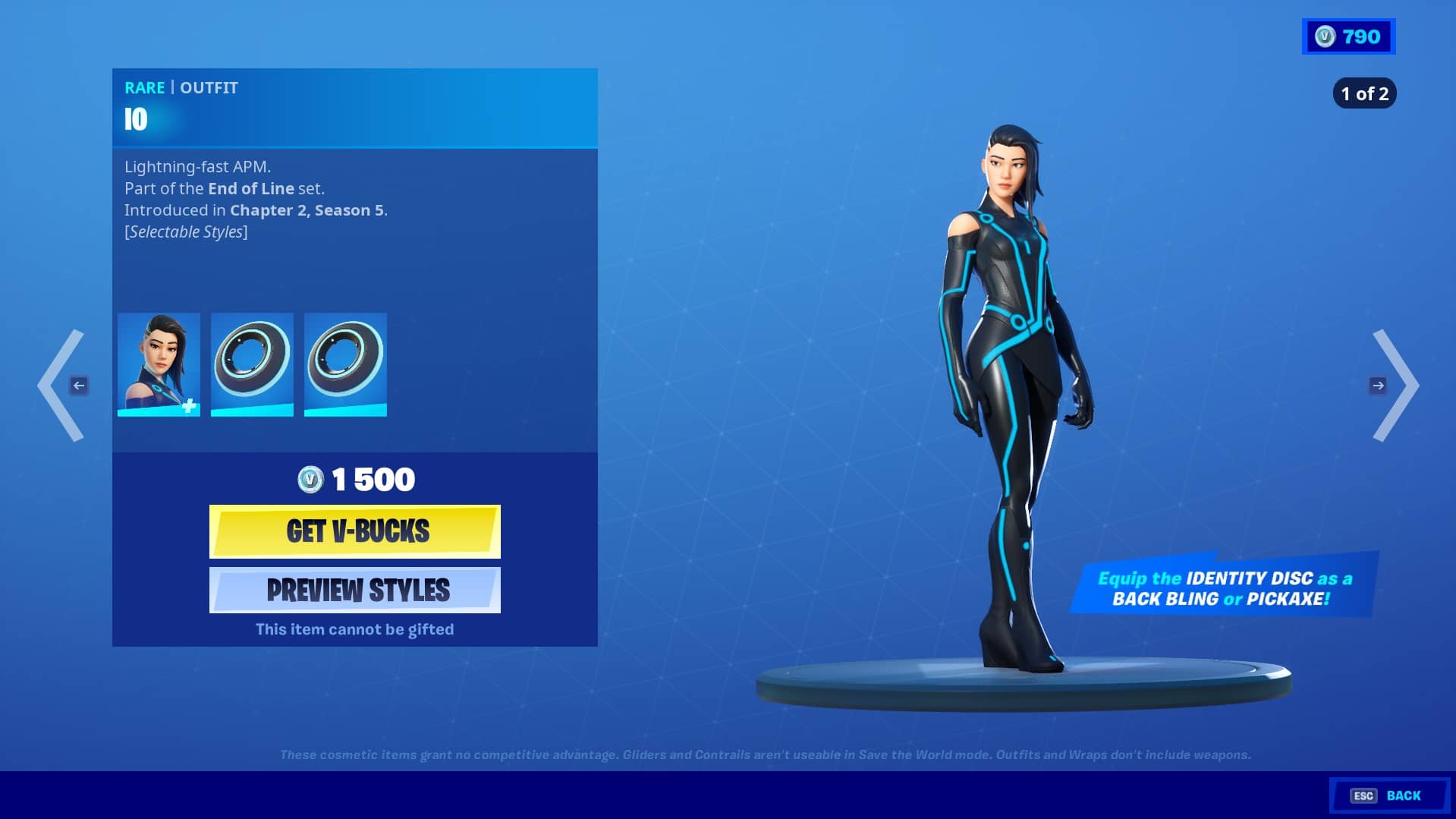 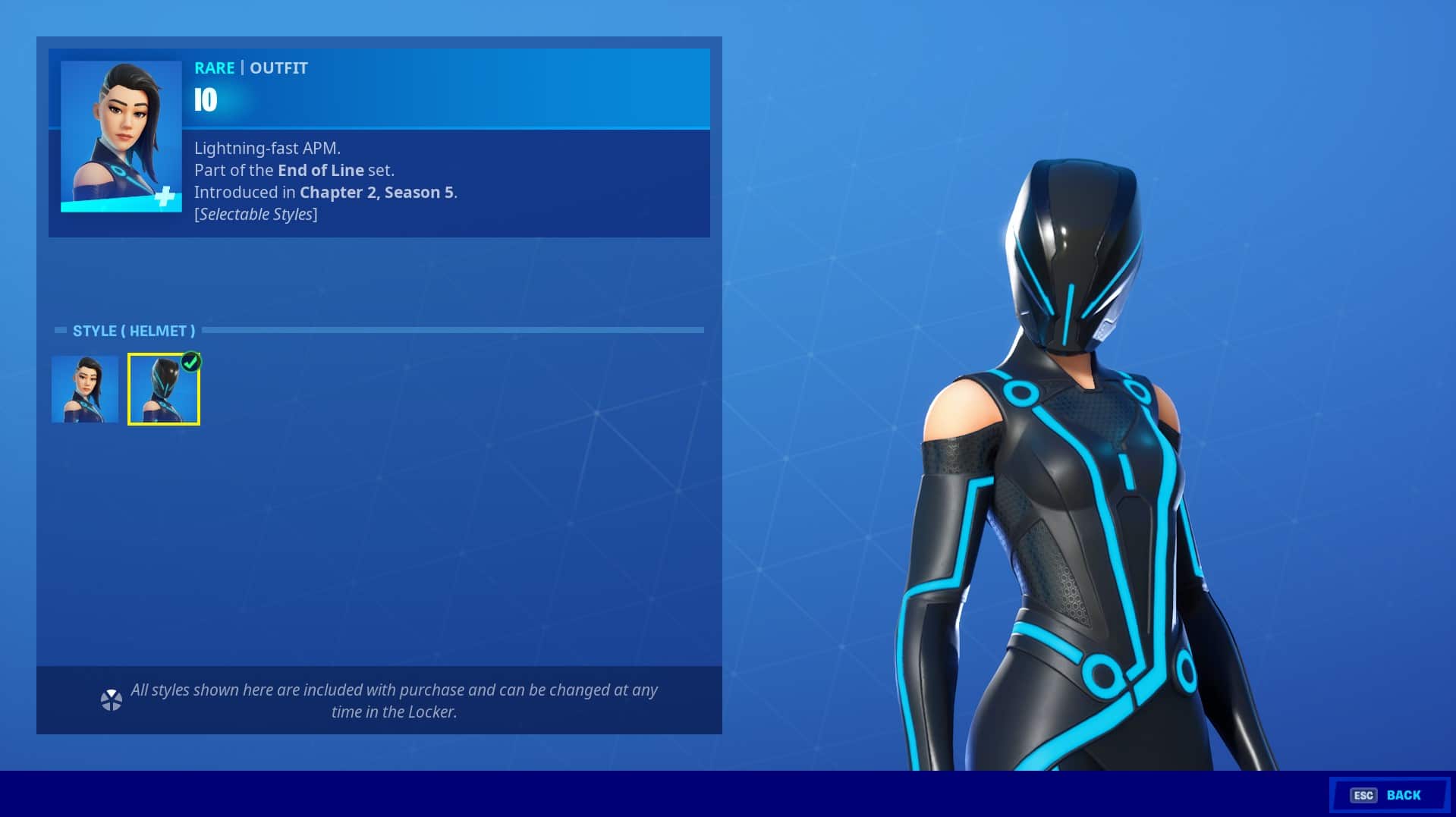 Commandline – “Born to explore the ‘net”. 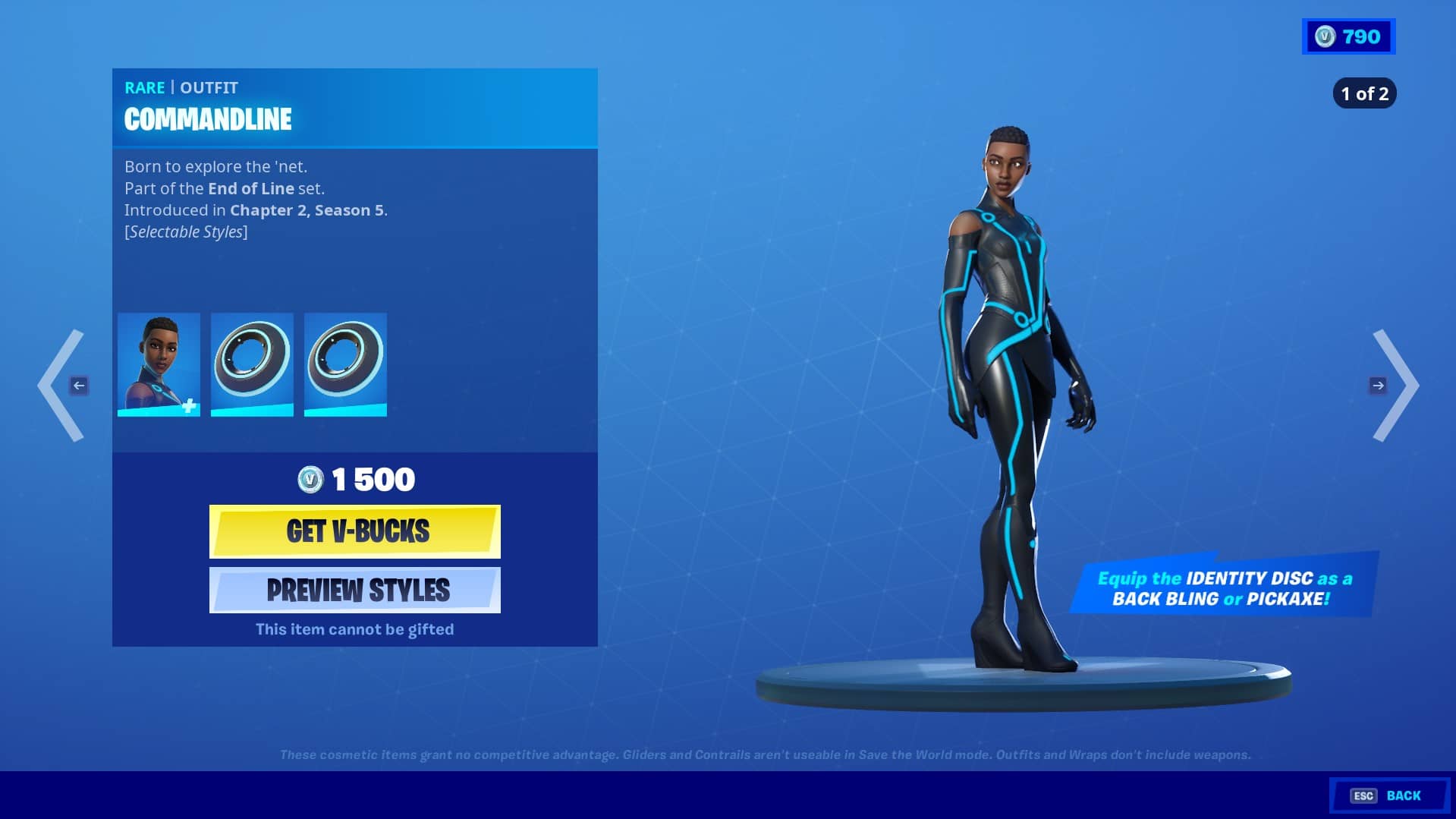 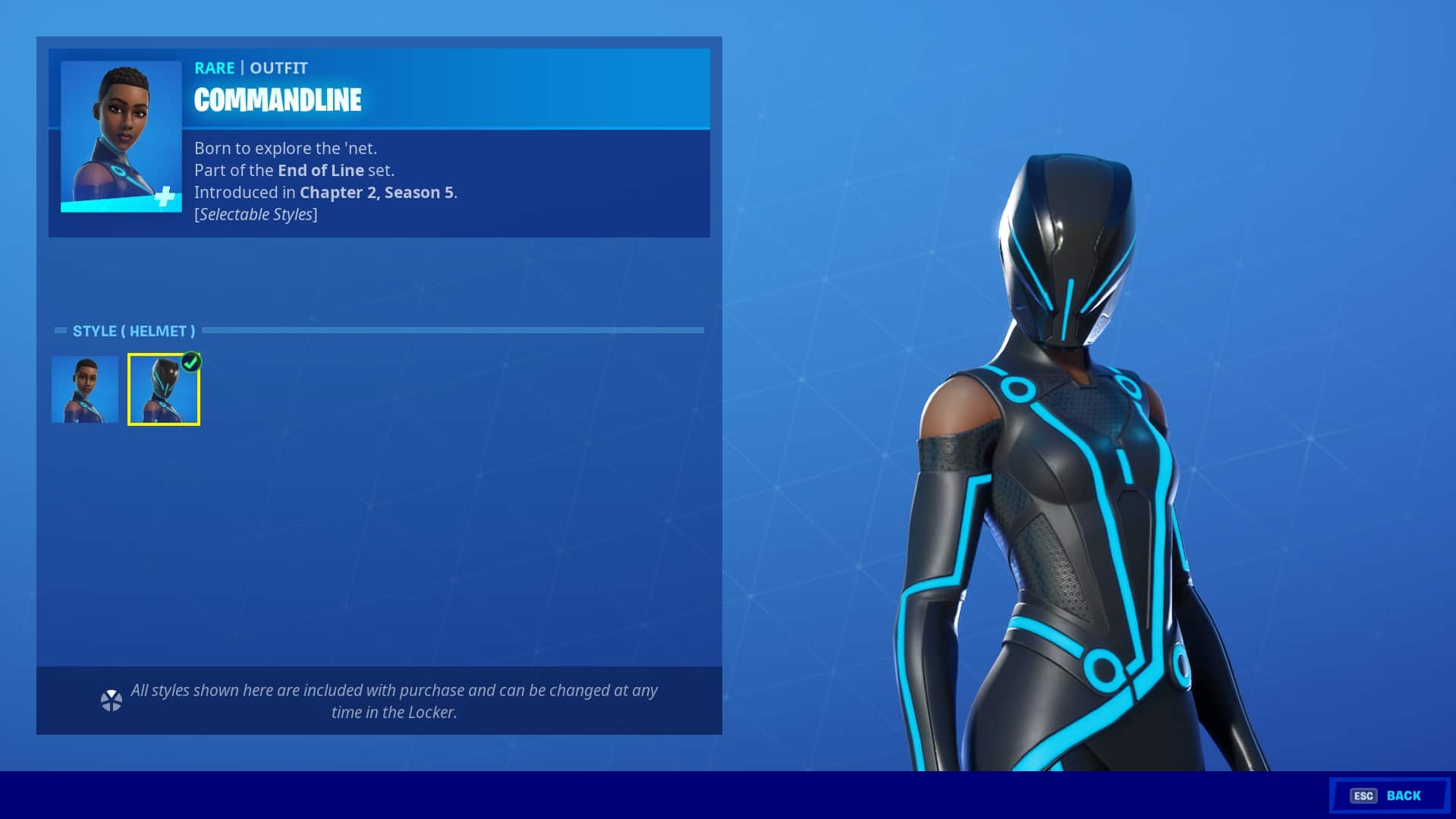 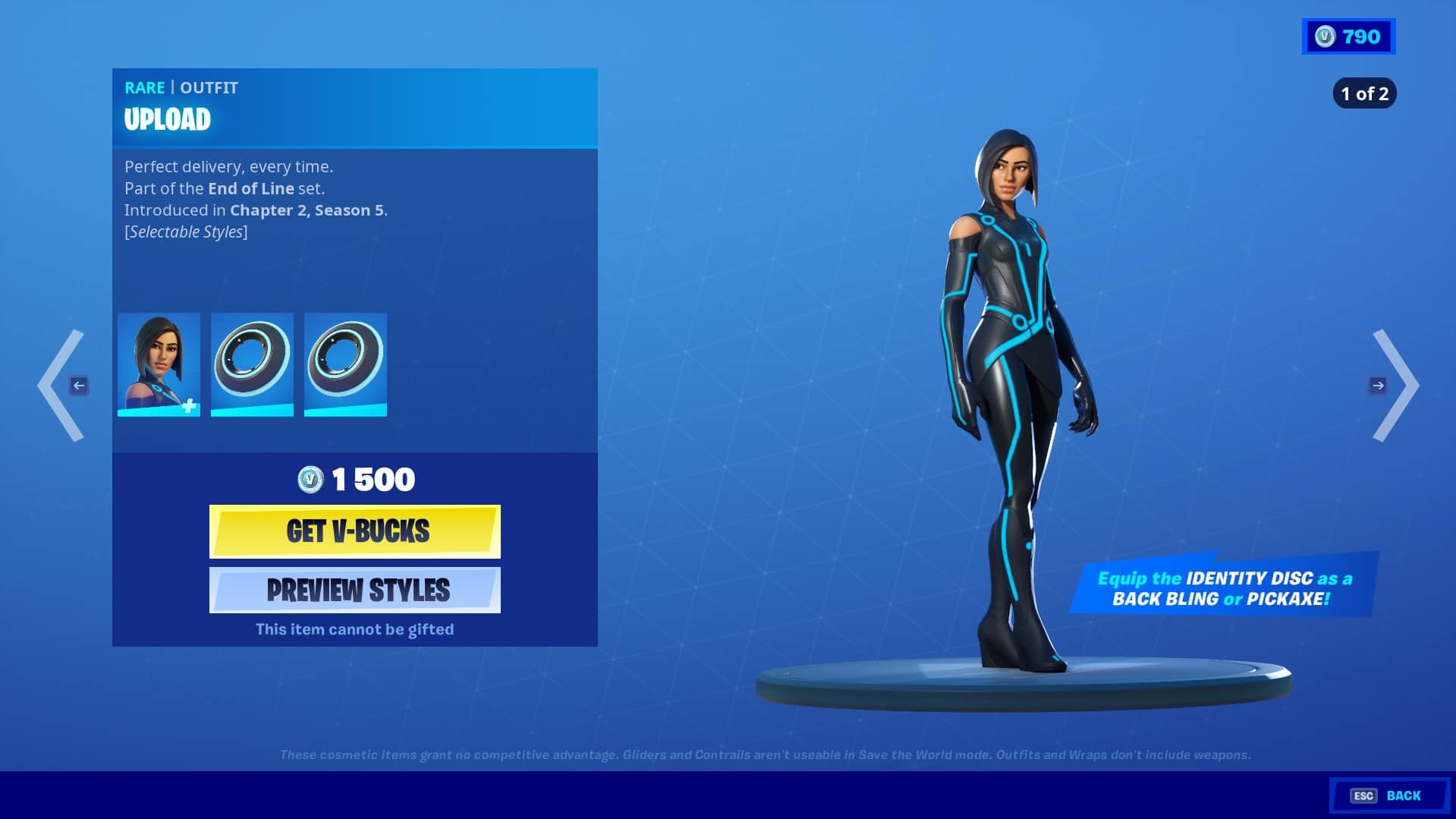 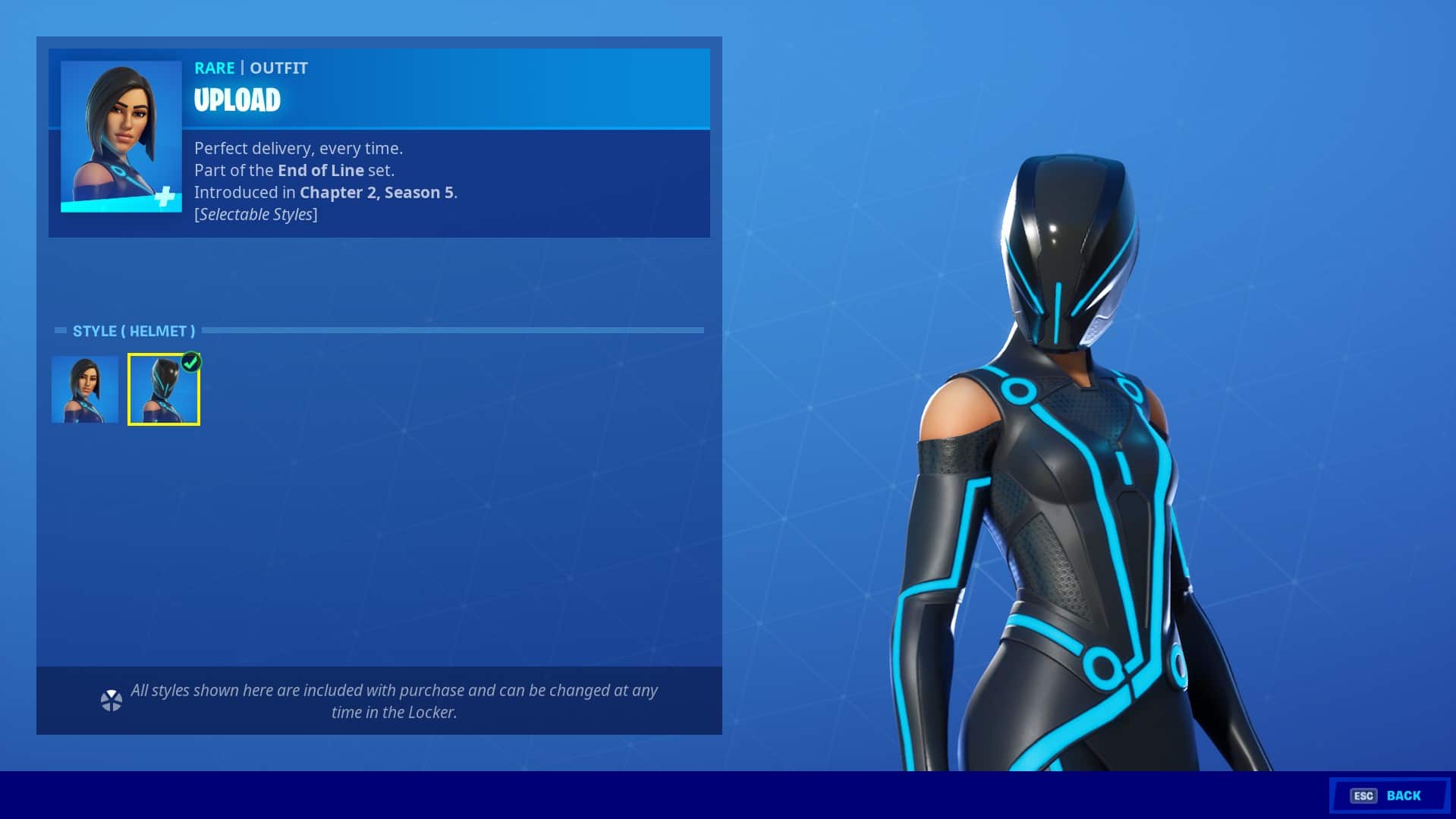 Bitstream – “She fights for the Users” 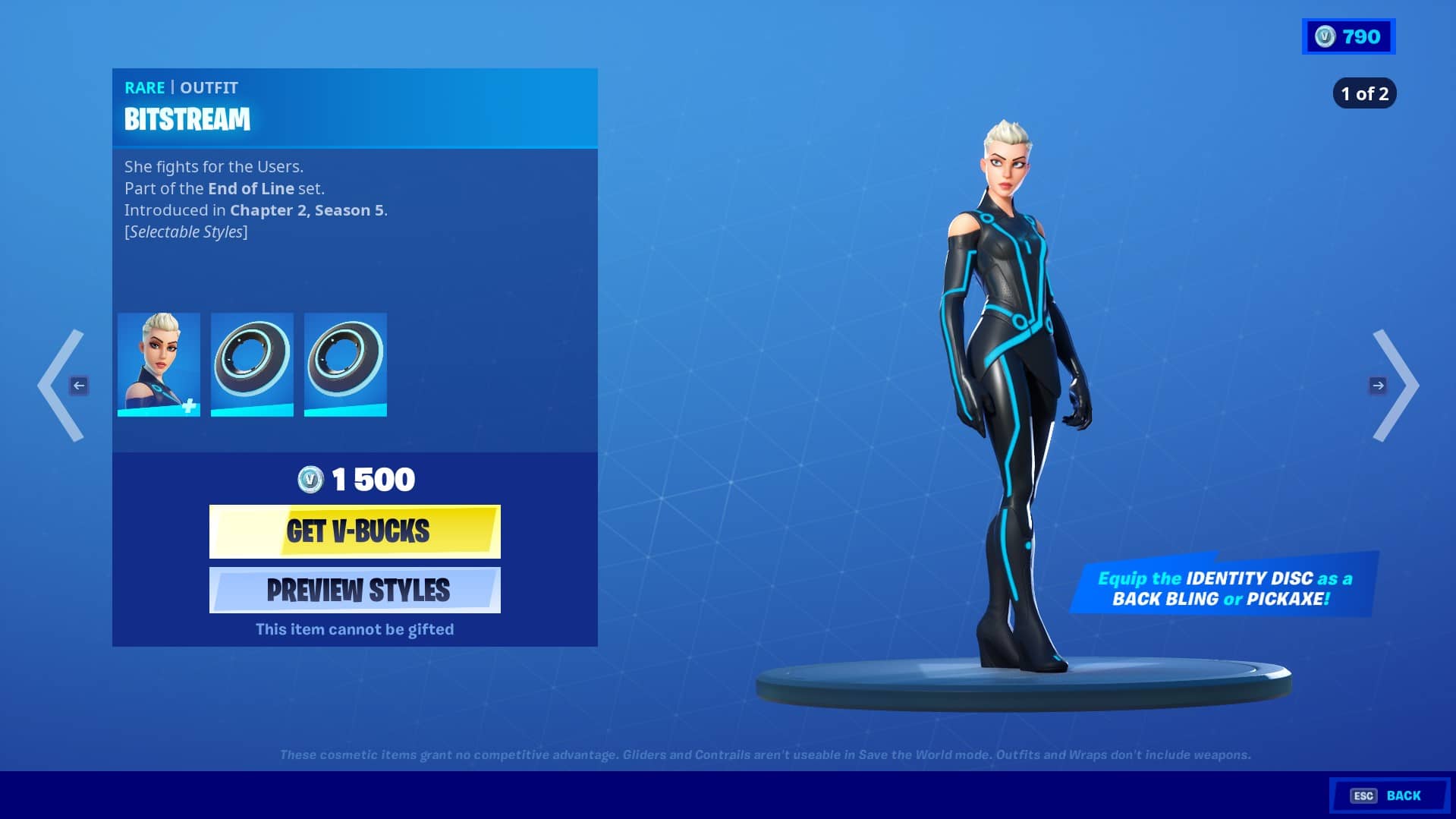 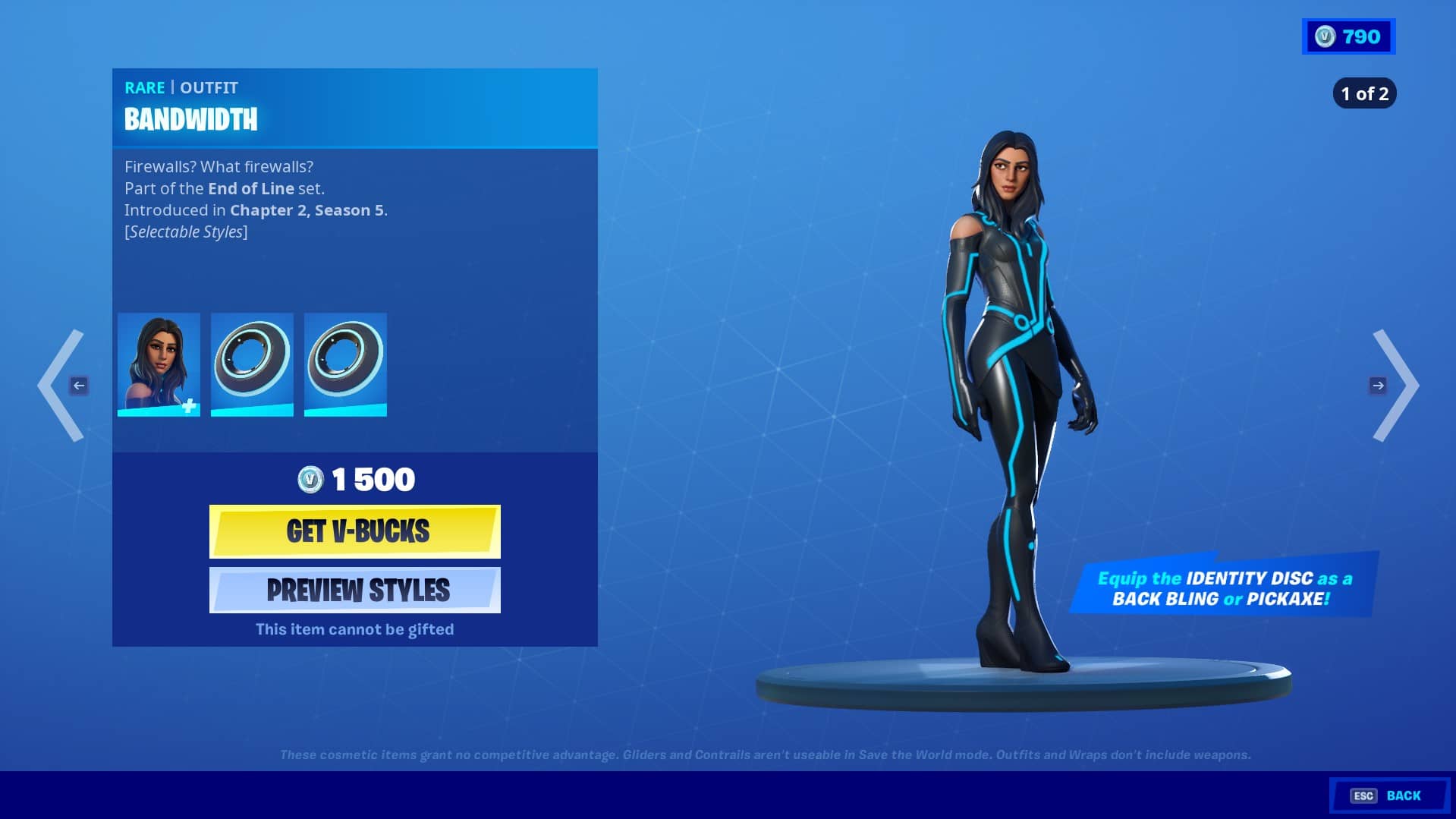 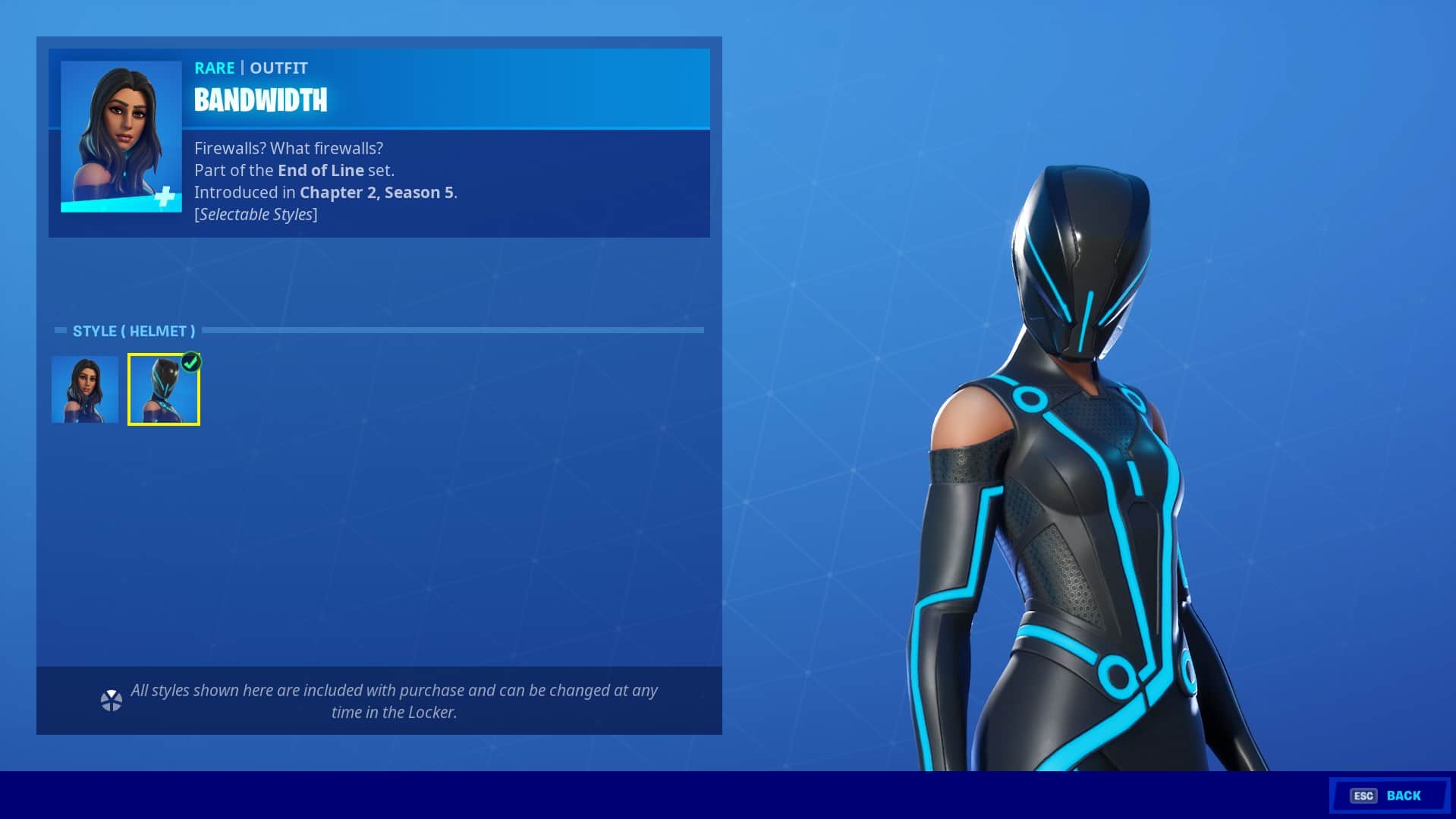 Here’s how the back bling and the pickaxe look: 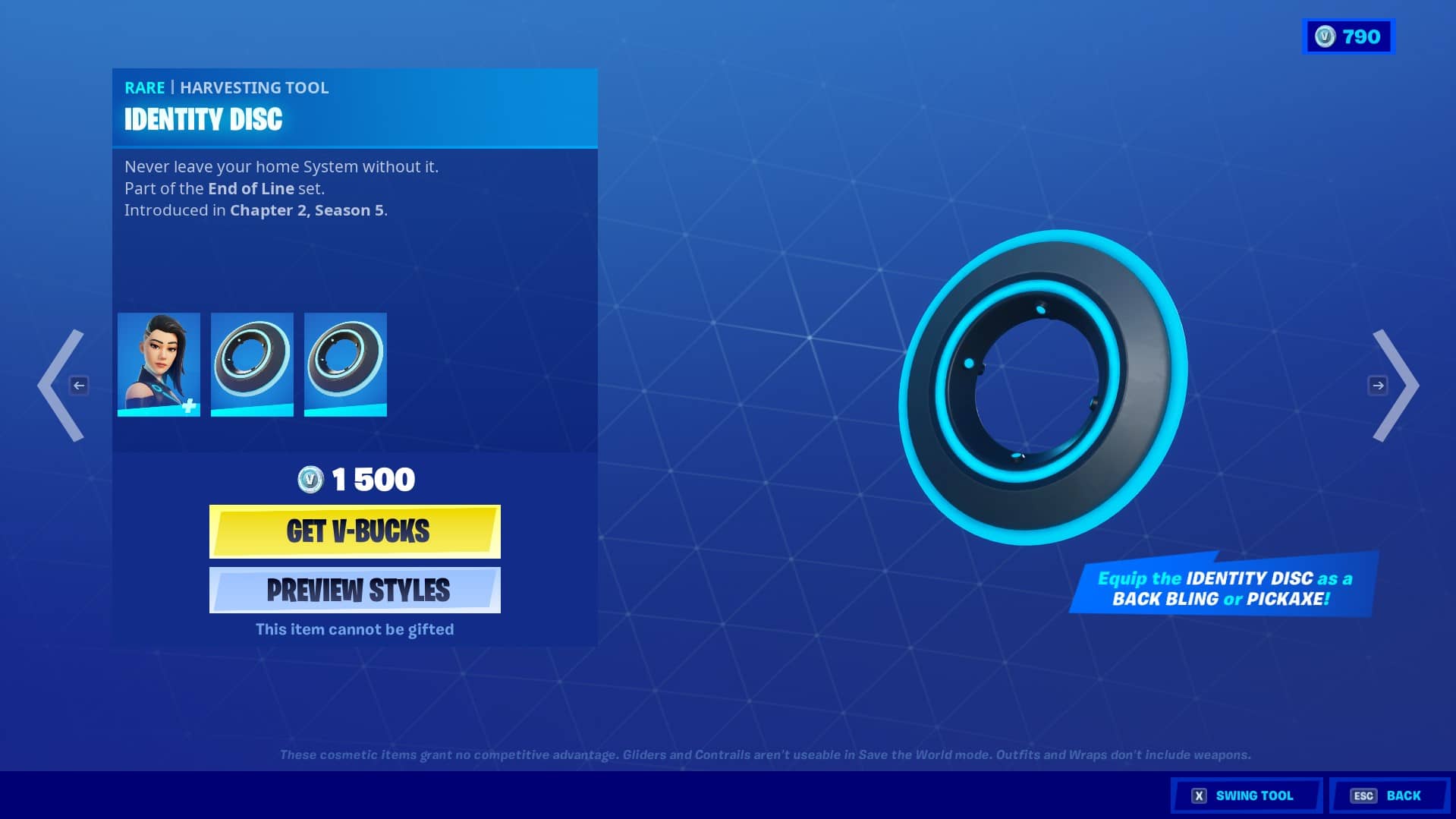 And, of course, besides the skins and the disc, there’s a light cycle from Tron, which became a glider in Fortnite: 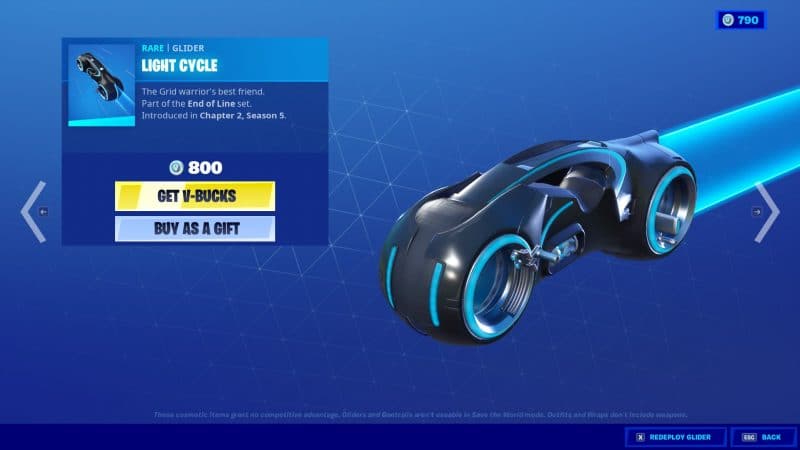