Venom Fortnite outfit has been announced

If you are a fan of Marvel, you will probably like the Venom outfit. Luckily, the official Fortnite account has posted a teaser of the outfit, so it’s confirmed that it will be in the game. 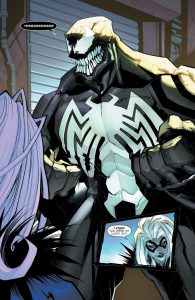 The tournament’s rules are not known yet, but most likely it will be almost the same as the previous ones – top 750 for North America East and to 300 for North America West. But the exact rules will be available later, so if you want to participated, be sure to read them when they are out.

The price is expected to be 1500 V-Bucks, just as other Marvel outfits.