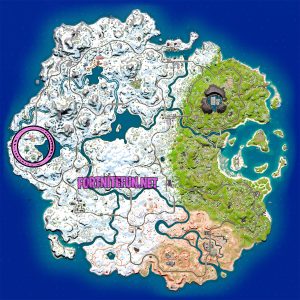 Camp Cuddles is the westernmost location in the winter biome of the Chapter 3 Fortnite map, which appeared on the map with the new island. The camp can be found next to a lake and north from Greasy Grove.

The camp isn’t in its warmest form for now, but in a few months, it can really become a place for a good vacation. Here you can find the big house from Weeping Woods.

Behind it, there’s the Fishstick’s fishing store. There are quite a lot of fishing rods and things shaped like Fishstick himself. And if you grab a fishing rod, you can put it to a good use behind the store, where you’ll find a nice pier for fishing and enjoying the nature.

The center of the camp has a giant campfire, great for telling horror stories to each other during the night. There also are three houses with colorful roofs. The red one is Deadpool’s shelter – it has his socks and toys, as well as a calendar that has one of the days marked. 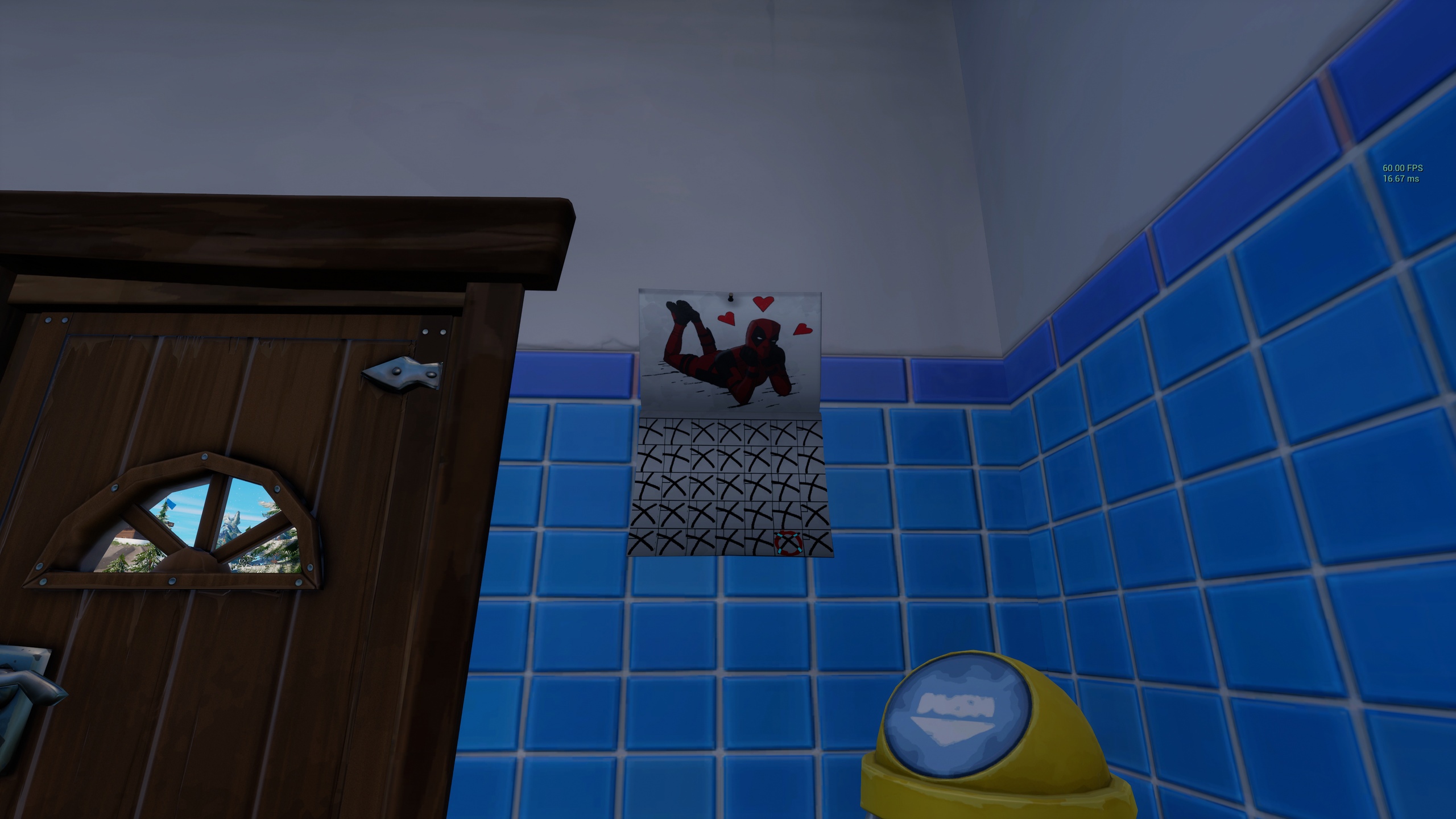 The yellow house has bedrooms and… an enormous amount of ducks (21 and one on a poster). Besides the roof, all the ducks and other items are also yellow. The last house also has beds, but they’re enclosed with tape for some reason.

Next to the houses is a giant pink house with Cuddle Team Leader’s badge. The house is full of teddy bears who are probably planning something since Chapter 2. 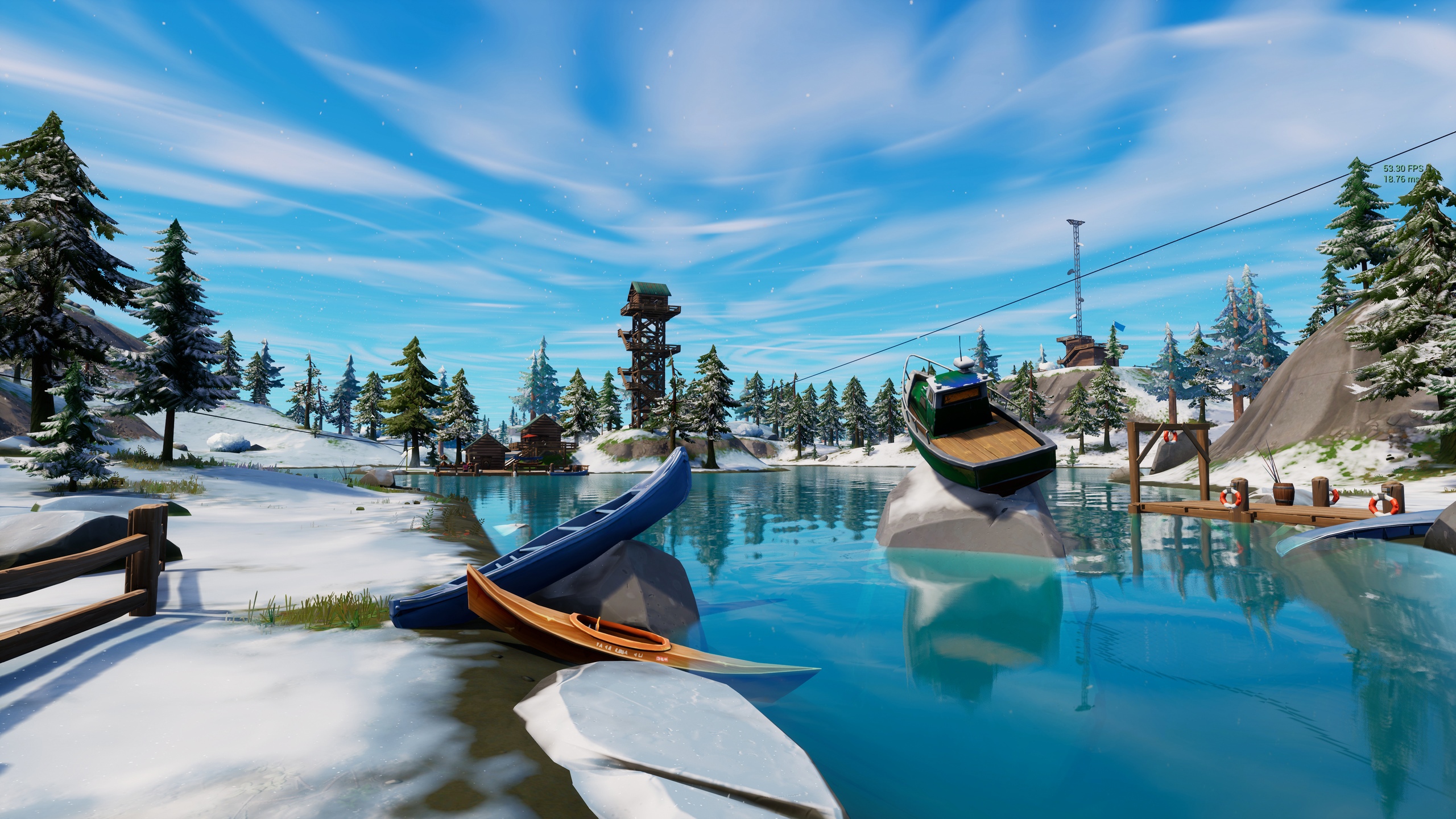 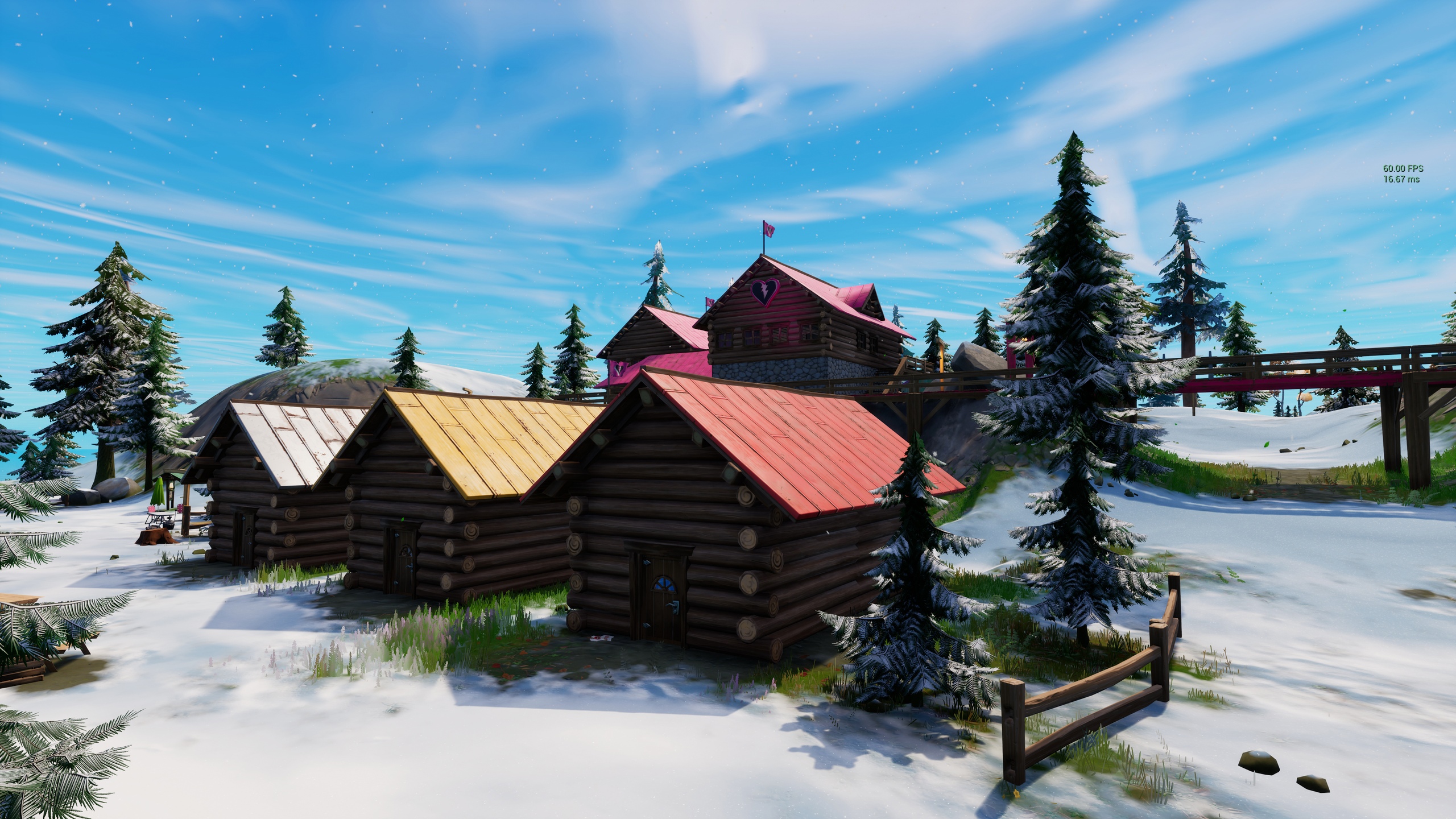 Let’s take a look at the big lake with a small river flowing from it. The center of the lake has a small island with a couple of houses and a watchtower.

In general, the location has a lot of houses, arcade machines, fishing rods, teddy bears, scary rubber ducks, a zipline and a Reboot Van. 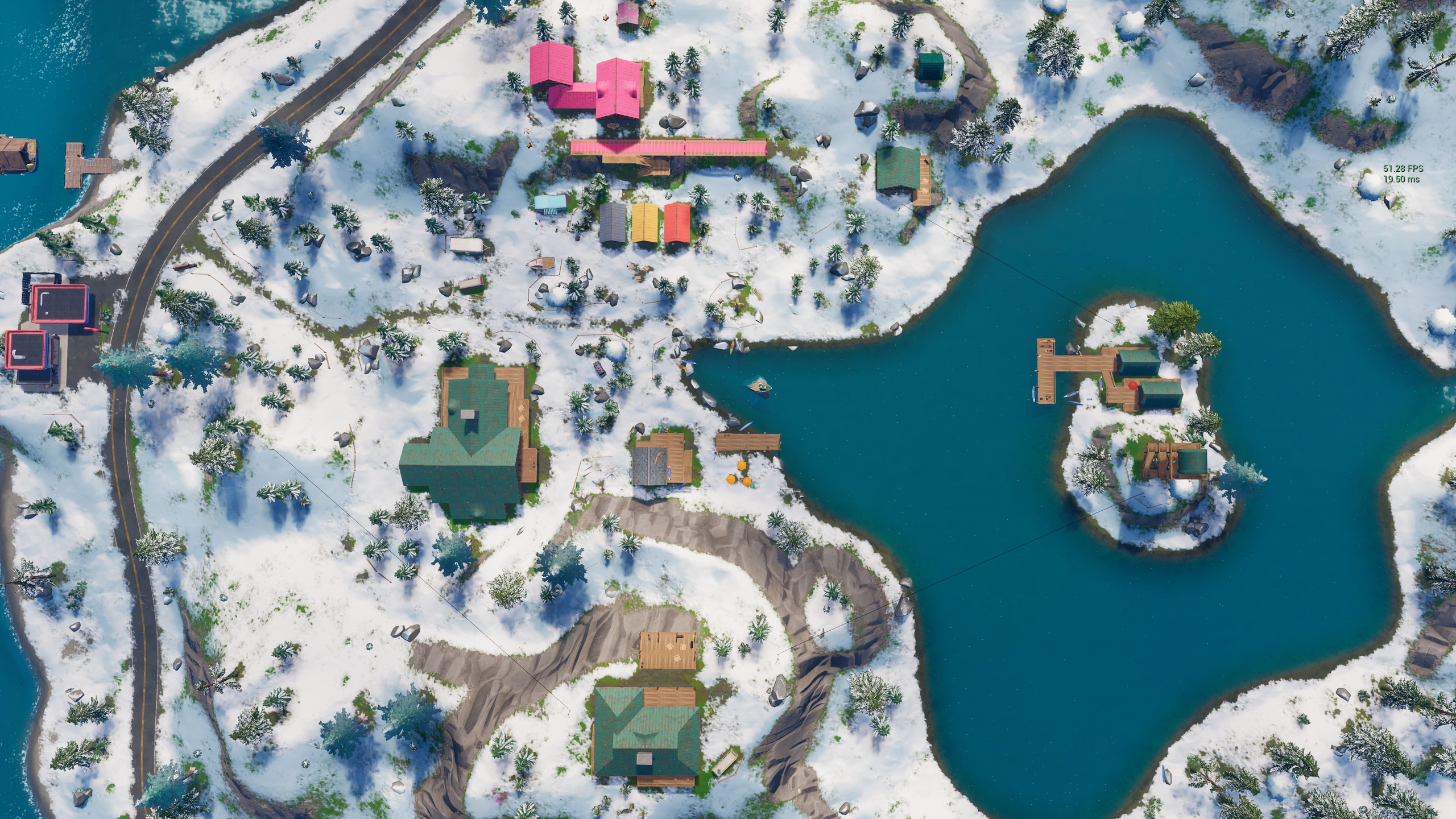 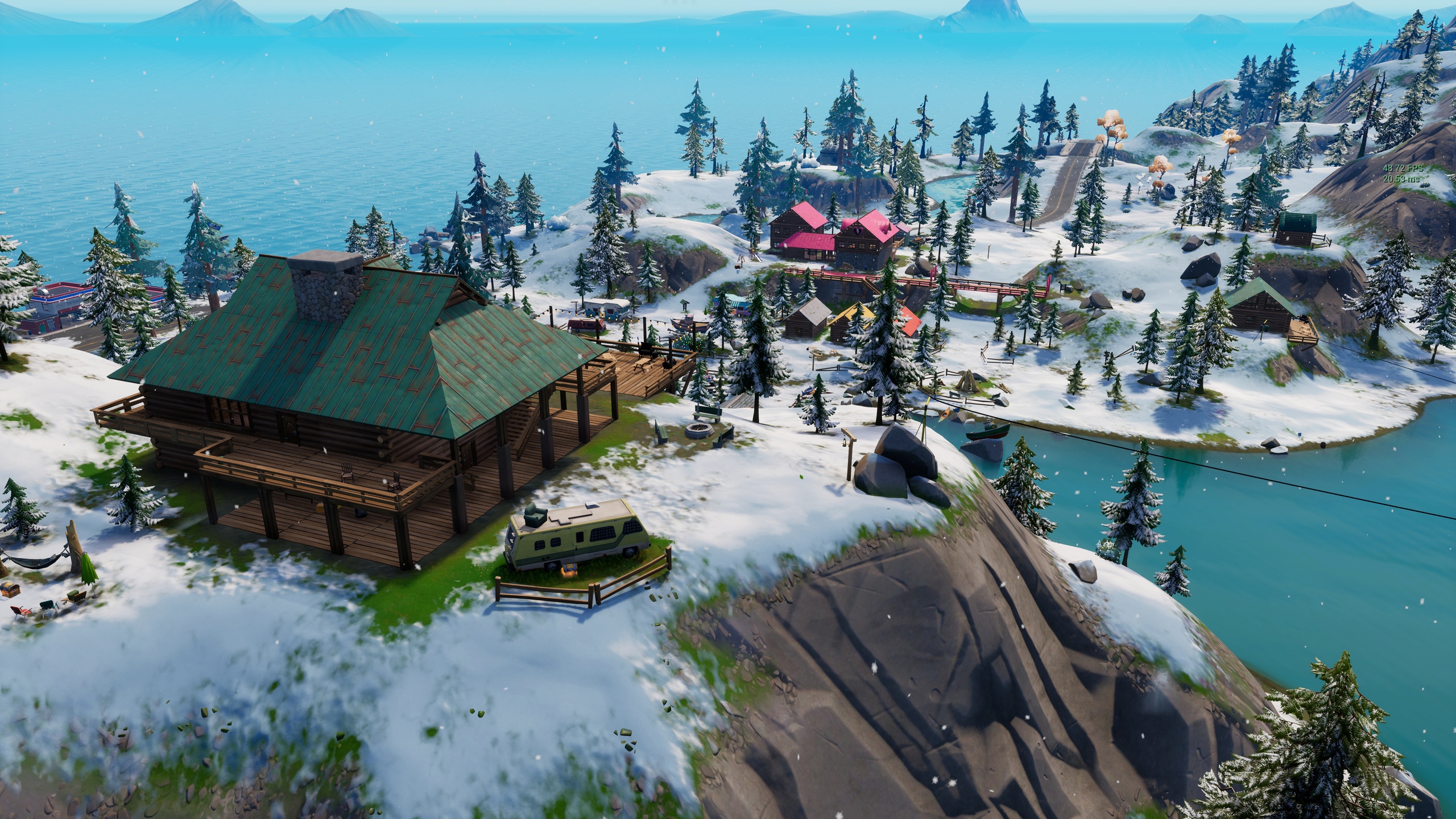 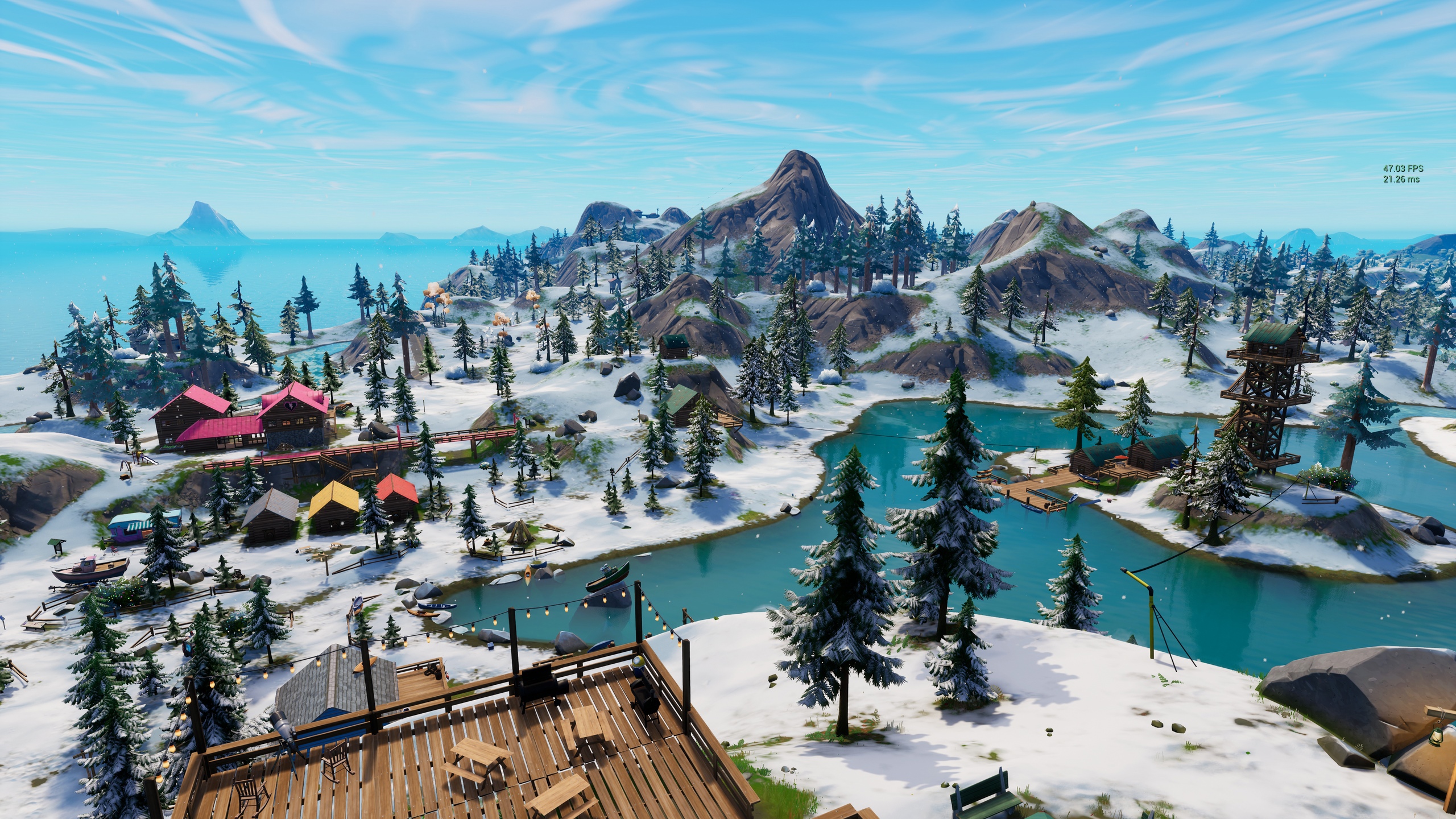 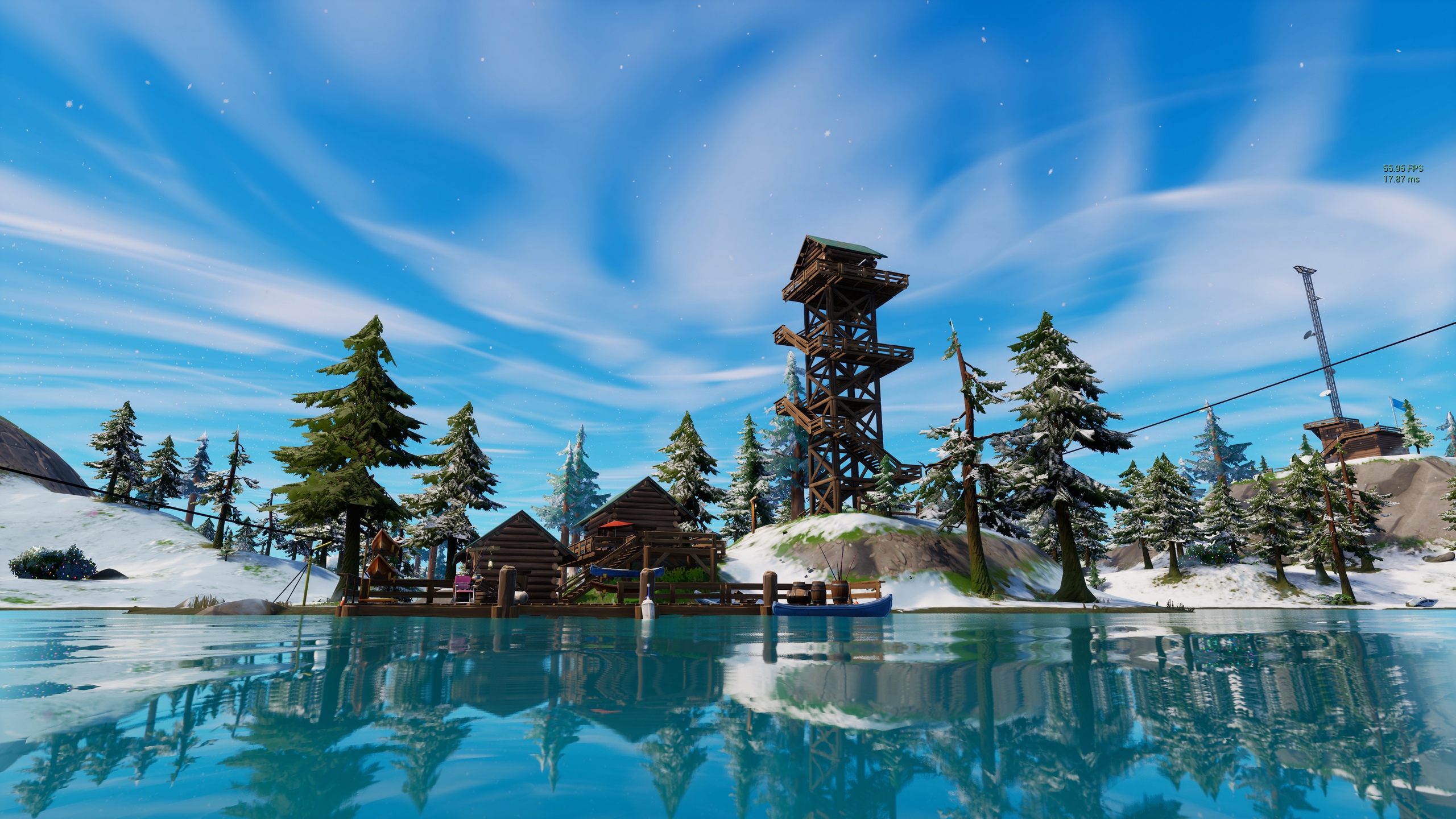