Heart Lake is one of the newest locations on Fortnite’s map located on the giant Upstate New York island, where Stark Industries also stands. However, it doesn’t really look as a heart, but we’ll get to that later.

As already said above, the lake is located on the Upstate New York island, which we discussed a little more in the previous challenge’s guide. The lake is north from Stark Industries and can be easily found because of its size. The location also looks pretty nice, so if you want some Fortnite photos, Heart Lake might be the perfect place for you to become a video game model. However, it doesn’t look like a heart – its shape looks more like a dinosaur with a giant tail to me. Maybe it is even a reference to the Loch Ness Monster, which, according to a legend, also lives in a lake, but that is just a theory. 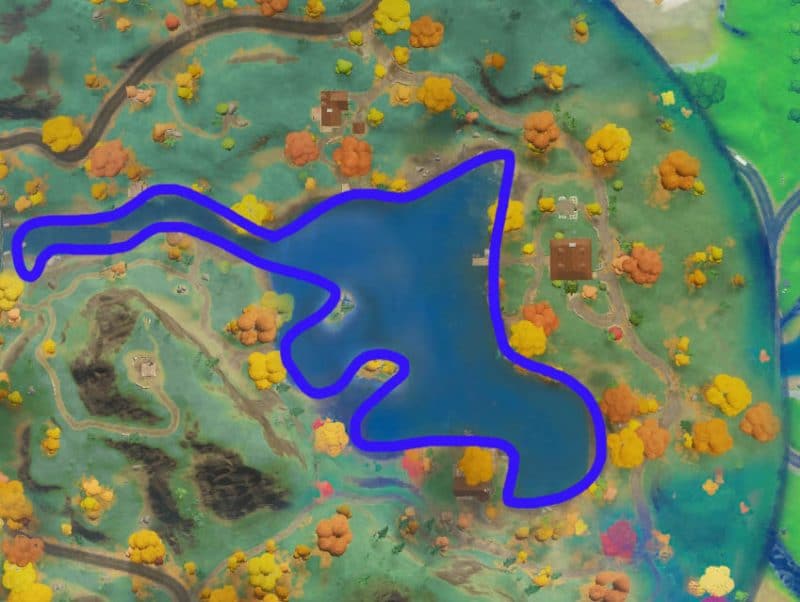 But let’s get to the challenge itself now. As always, when the challenge comes out (which will happen tomorrow at 8 am EST as usual), there will be a lot of players at the lake, so I would recommend you bringing the fishing rod from another location and then waiting until all the enemies leave the lake. Even if your opponents catch all the fish from the fish whirls, you always can try to catch a fish even without them. You will get the worst fish this way, but it doesn’t matter – the main thing you need to do is to catch fish, even if it’s the worst one that heals 15 HP. And if you somehow still don’t know where’s the dinosaur lake, here’s a map: 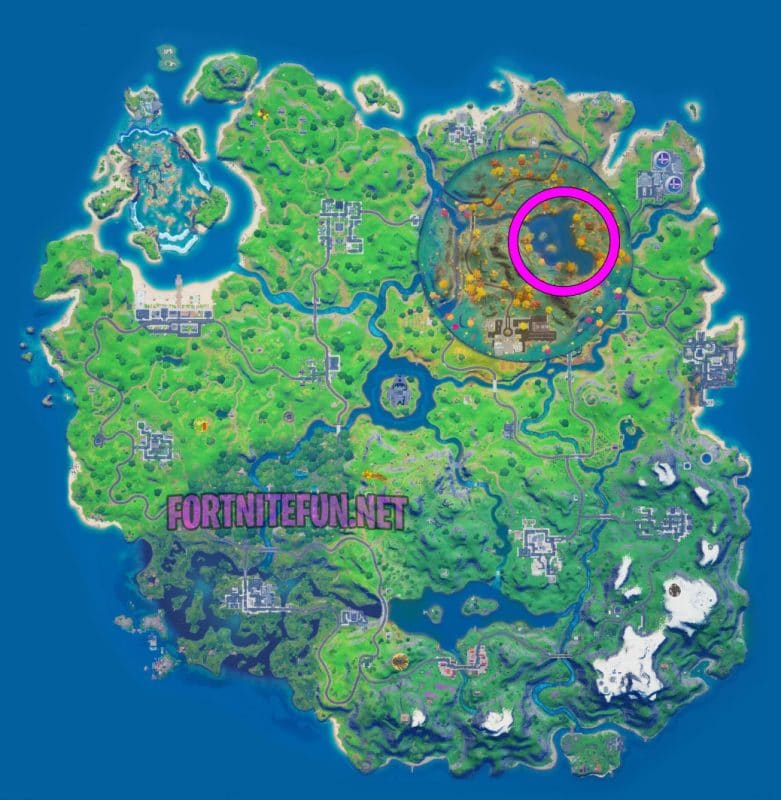