Epic Games are shutting down Fortnite servers in China

Epic Games decided to permanently shut down Fortnite servers in China. It seems like after they lost the mobile version of the game for iOS, both the players and the developers are going to lose another version of Fortnite, this time the Chinese version.

China is controlling gaming more and more, so Fortnite has a separate version of the game for Chinese players. However, the last 3 years weren’t that good for the game due to some limitations. This summer, for example, the Chinese government prohibited non-adults from playing games on weekdays while only letting them play for 3 hours during the weekend.

This might be one of the reasons why Epic Games can’t work on the Chinese version of Fortnite anymore. 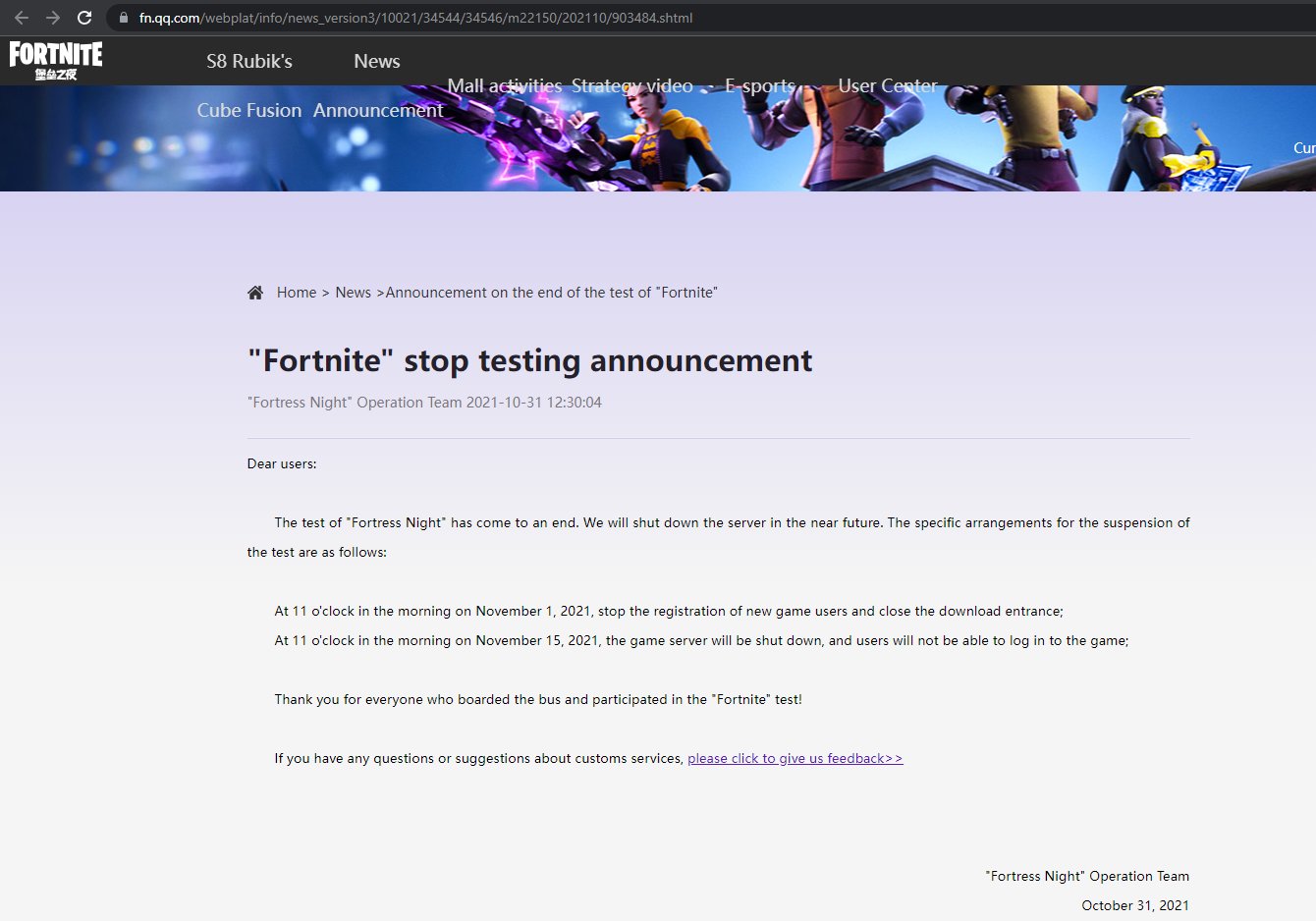 The Battle Bus is taking off!

Of course, this decision wasn’t a pleasant one for the Chinese players, who also need to adapt to the changes the government makes. After this announcement, some players expressed their feelings.

However, it will most likely be impossible to do something about the situation – Epic Games are shutting down Fortnite servers because of the laws in China, not just because they want to. Epic Games won’t just refuse all the revenue that the Chinese version of the game can make, so they wouldn’t make such a decision without any external pressure on them.