The 17.21 update for Fortnite has rightfully claimed its top place among other patches, because it has a serial number and a lot of content inside, even if it seems to you that nothing has changed in game.

To the disappointment of most, there were no leaks of skins and other cosmetic items in this update. This time, only the files of an event and a weapon were updated in the game files.

A couple of hours before the 17.21 update, a new Abductor and a timer appeared in the center of the Fortnite island. The purpose of the new ship is unknown.

Here’s what Fortnite developers write: “An unusual Alien ship is hovering over The Aftermath… The IO says “unusual” because its intent doesn’t seem to be for harm. It’s predicted its purpose will become clearer in the near future.” 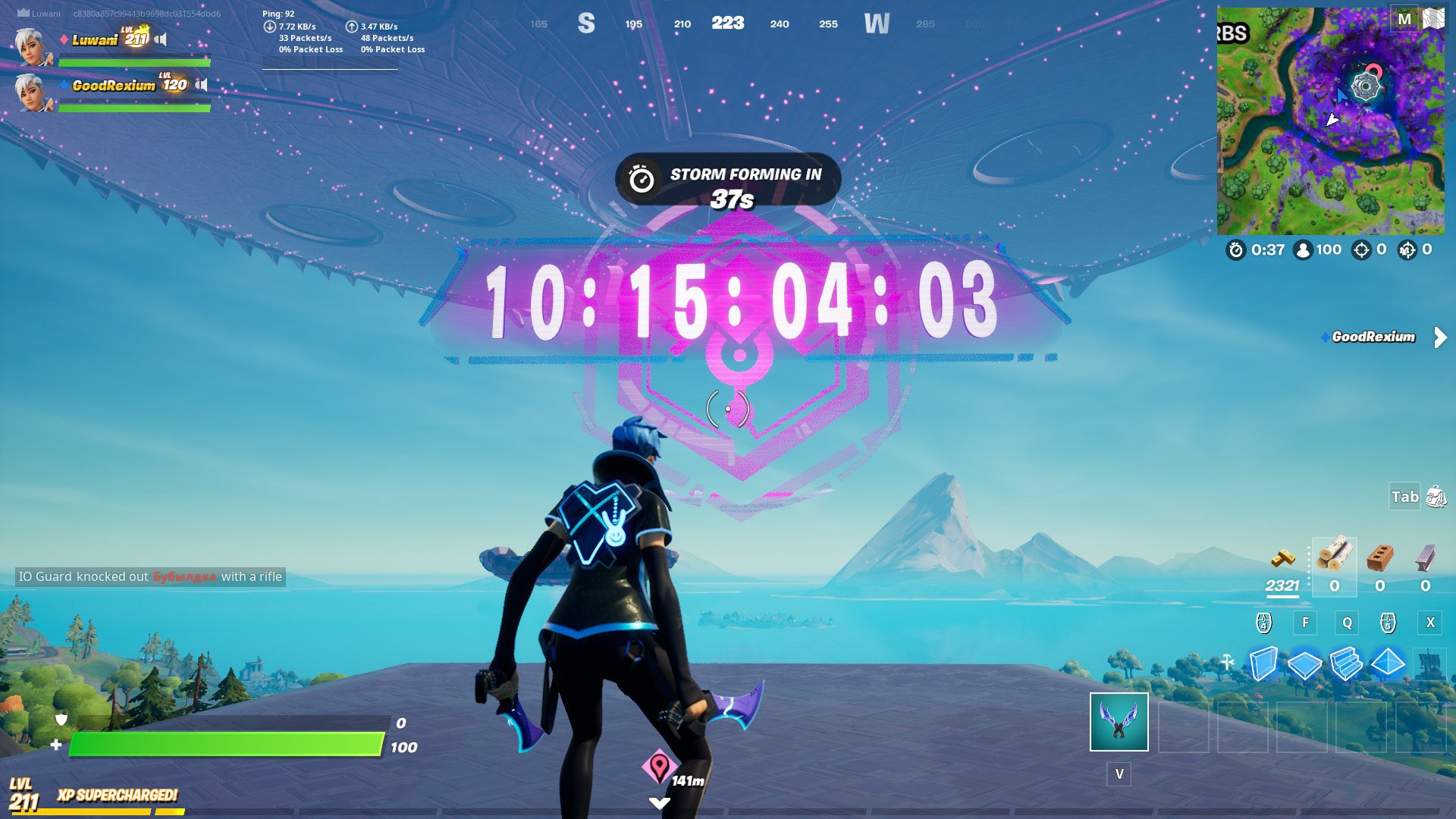 The countdown hints at an in-game event that will be on August 6, at 10 PM UTC. If you are interested in what will happen at this event, you can read it below.

Plasma Cannon is a new weapon. It launches a slow energy ball that zaps nearby objects and destroys all buildings in its way. Enemies caught in the range take 33 damage and are bounced off.

You can find the new weapon in common chests and IO chests. You can also craft the Plasma Cannon, and to do this you need a legendary pistol and Nanites.

In-game lobby has been changed, now we don’t have eggs with alien parasites, but we have UFO ships! 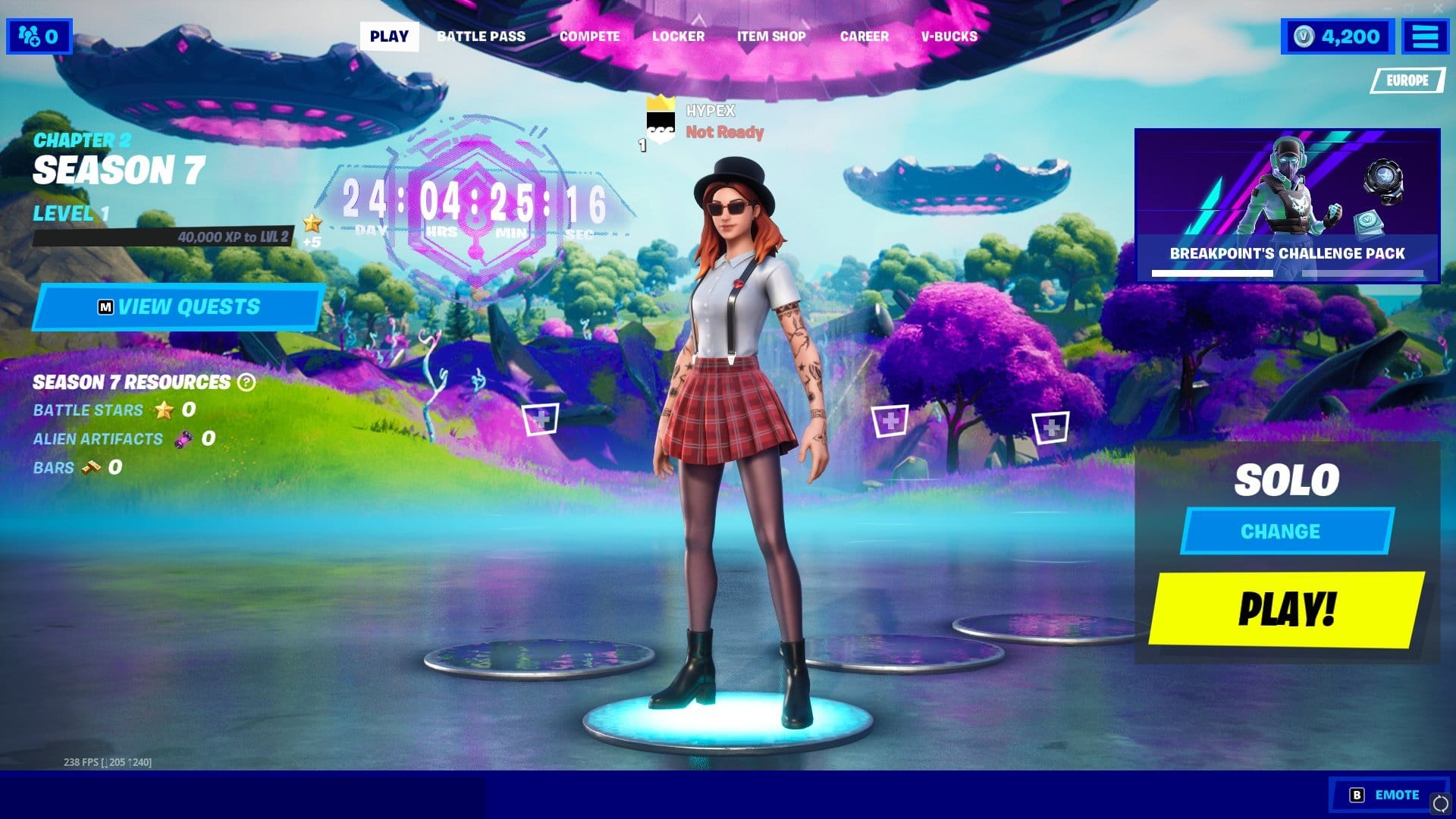 What will happen during the live Fortnite event

The event in Fortnite, which we already talked about above, is planned on August 6, 10 PM UTC. And, of course, there are some special lines about the event that appeared in the files of Fortnite with the 17.21 update.

A few days before the event, the Mothership will open its center hatch. You can see the sounds and a video of this process below:

Here’s the main door opening with 1 sound & effect 👀🔥 There are MANY missing sounds & effects that will get decrypted before the event.. Also that blue door light will not appear instantly, it will slowly appear before the event! pic.twitter.com/V9szRtu0Kw

The event itself won’t be a concert; instead, it will be an event related to abducting locations. There are some locations that will be partially abducted by the Mothership in the game’s files, and there even are some locations besides Coral Castle. Surprisingly, some changes are also made to Slurpy Swamp and Corny Complex.

Here’s Abducted Coral, Slurpy & Corny.. There’s more to them but they all look almost the same! pic.twitter.com/7urkVhKoWw

The following parameters also appeared in the Mothership’s files, which seem to predict some kind of global warming:

Well, the main thing is that some locations are going to be changed. You might’ve seen a recent rumor about Rift Zones coming back, so the locations above might feature low gravity zones, slippery zones and other special effects.

While Slurpy, Corny & Coral get abducted they will most likely turn into no gravity zones!

Coral Castle will be changed and renamed to Coral Chunks. You might’ve already guessed that only some chunks of the previous location will be left.

According to HYPEX, the event will be related to at least 2 skins. It’s unknown which skins are related to the event, but they probably will be added in an update next week.

The event will have at least 2 cosmetics with it, and most likely challenges.. Here’s the icon! pic.twitter.com/FHMmevYwkJ

Also, one of the data miners found a line that says that some items will be free for everyone who completes some challenges. There will probably be a challenge bundle before the event with a free outfit or some other cosmetic items as rewards.

A cosmetic token for something codenamed “Buffet” (i think event or social tab related) was added!

According to the tags its a cosmetic that can be unlocked through quests! pic.twitter.com/xL72SOTS10