Fortnite Junk Rift – About the Item, Tips and Tricks to Use 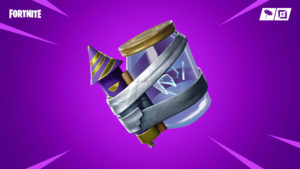 Epic Games every day trying to diversify the game with new content, adding new weapons, vehicles and unique items. This new unique item is the Junk Rift introduced in the recent 10.10 content update. Its description is very tempting and interesting, but like any other unique subject, it needs to be used correctly (Well, except BRUTE. It can be controlled without a monitor). We suggest you familiarize yourself with how to use the Junk Rift to get the most performance.

If you think about it, Junk Rift is an analogue of airstrike from season 9, only adapted to the theme and realities of 10. If you used airstrike at least once, then it will be much easier for you to orient yourself and use junk effectively. That is why we have prepared a small comparison that will help you determine the favorite and highlight all the pros and cons of these items.

1.Mechanics. The player throws the item onto the site, and after a short period of time, this area is attacked.

2.The same duration of use. From the moment of the throw to the end of the attack, 8 seconds elapse.

1.Different objects during the attack. An airstrike attacks an area with missiles, and a rift with junk.

2.Different damage. A rift just blows everything in its path, and a airstrike uses physical damage, which is limited.

As you can see, the mechanics of using both items are about the same, but not without their nuances.