We already have the leaked cosmetics images from the 13.20 update, so we should expect for them to appear in the game soon. There are some new outfits, back blings, gliders, and pickaxes.

Here are the back blings, and they are pretty nice in my opinion, considering the sets they are included in. 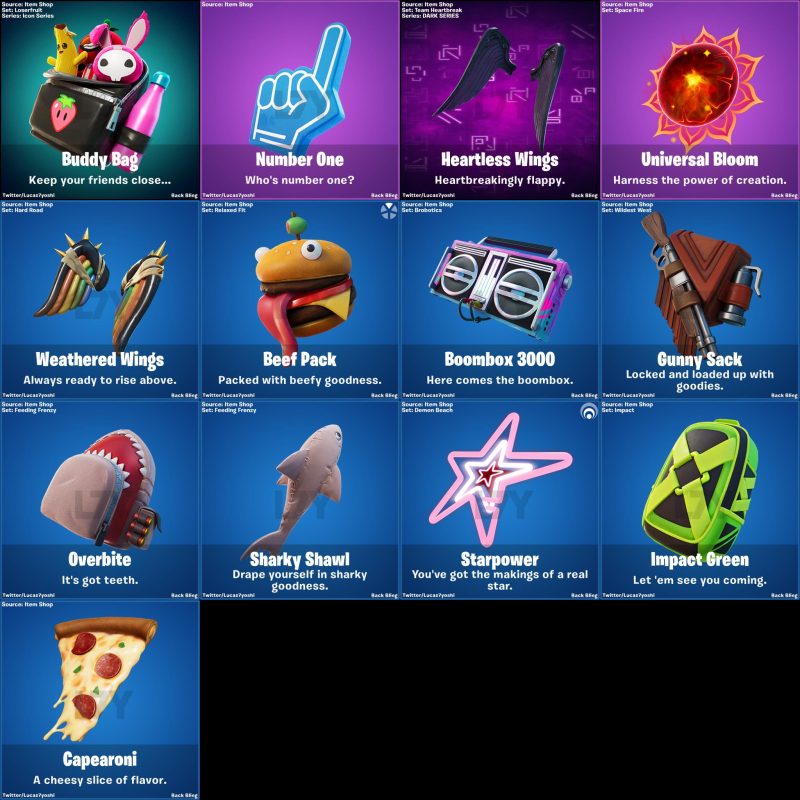 The pickaxes from 13.20 are also pretty good. The picture also has some old ones, but the new pickaxes are no worse because of that. 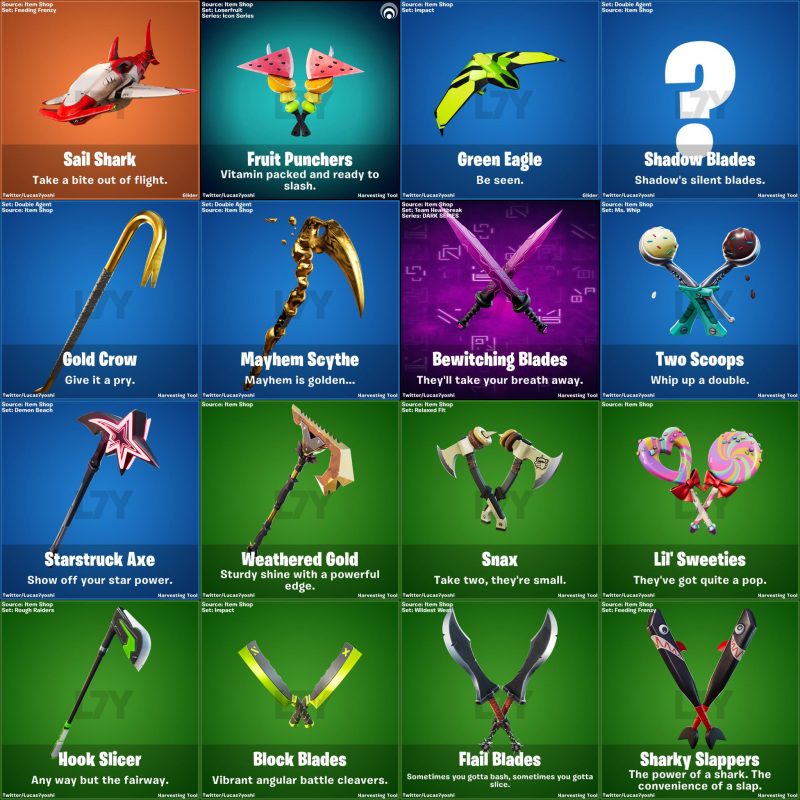 In addition to the rest of cosmetic items, some new styles for already existing outfits will appear in the game.

The update isn’t boring this time, and so are the new outfits. The newest skins (and also some old ones) from the 13.20 update are on the picture below. 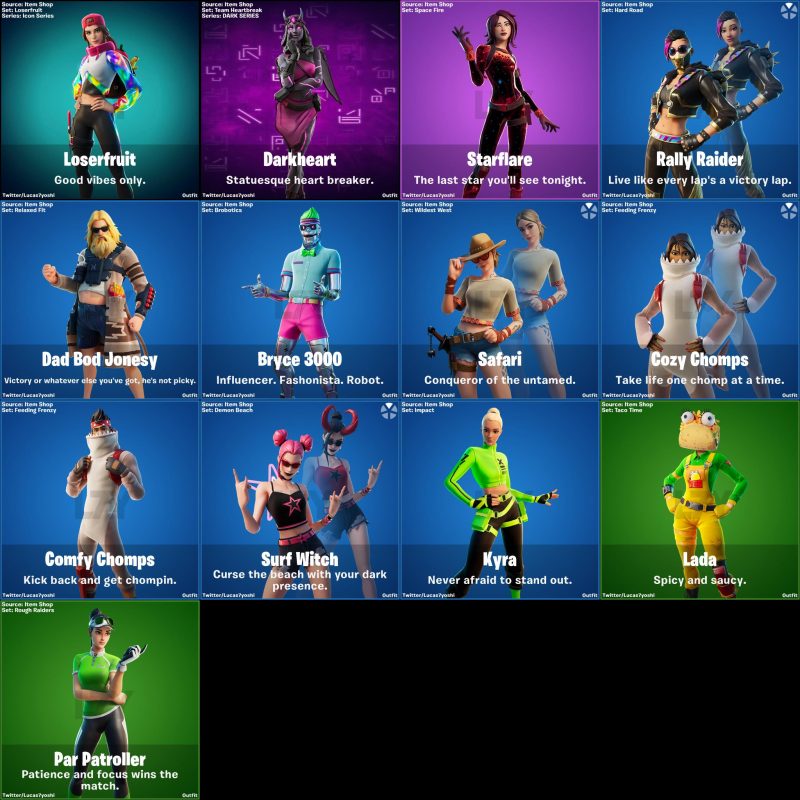 These were the newest cosmetics from the 13.20 update. We’ll be looking forward to seeing them in the game.

Also check out: Cars in Fortnite