Imagine the most peaceful season in Fortnite, when nobody wants to destroy the island, the planet or the whole universe, when even enemies stop making war and wolves don’t growl at you. Did you imagine? Most likely, it will be absolutely another game because in Fortnite even a pine can be dangerous. And after the IO squad drilled the island, you as well need to watch your step. 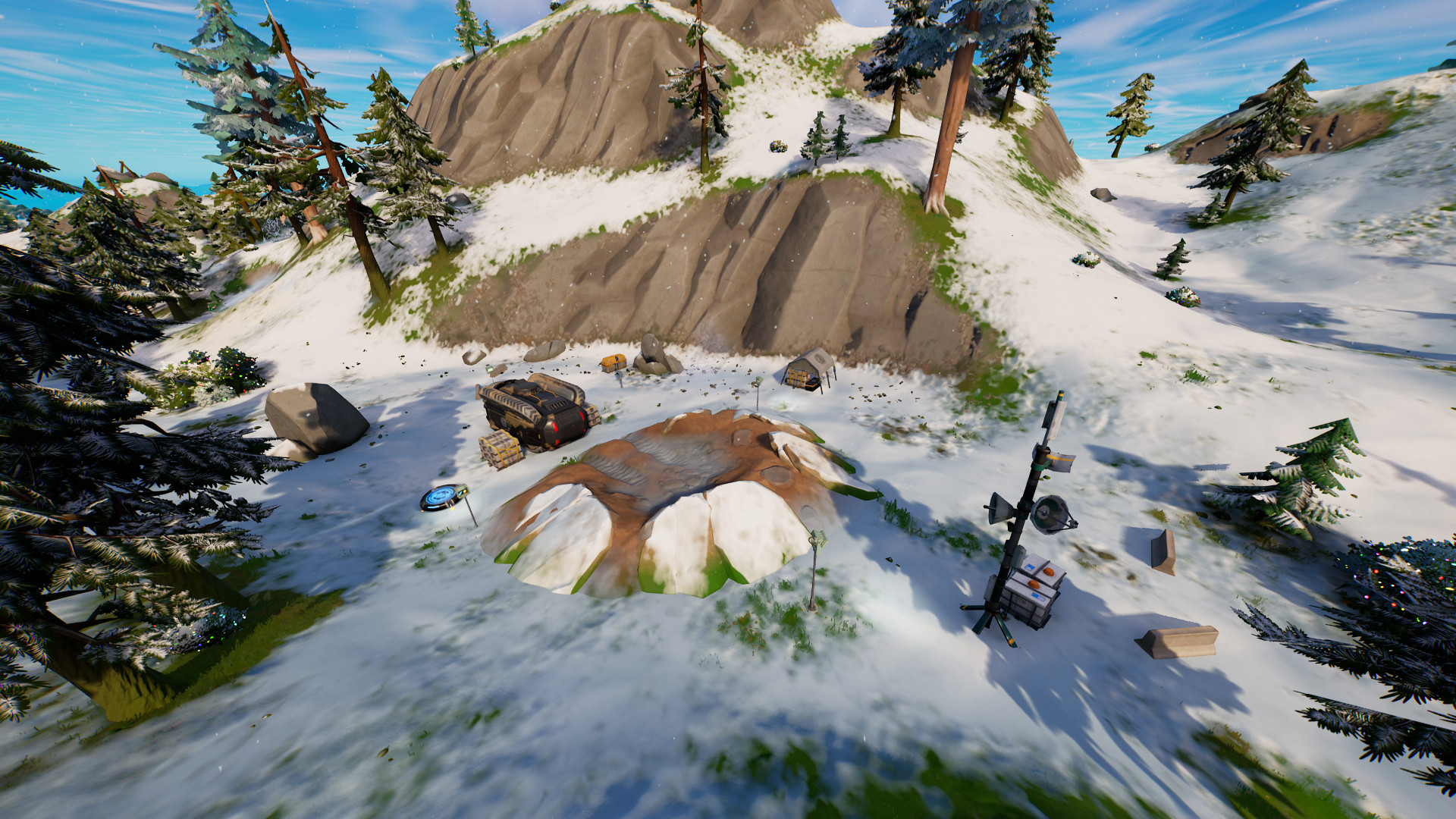 And now we need to think about why the Seven have their own location, a personal island and even a huge statue of the Foundation, and the IO only have drills on wheels. This misunderstanding will be corrected by a special “Covert Cavern” location, and according to the assurances of Fortnite dataminers, it will be Grotto 2.0, in which the boss of the IO will dwell.

Covert Cavern will be placed on the mountain, where the landmark “Pinnacle Peak” is now located, and will look like The Grotto from Fortnite Chapter 2 Season 2.

And if the IO received a location, then the Seven will receive their own location, which will be called “Seven Workshop”.

We don’t know where and what they will be working on there, but let’s hope they don’t make a B.R.U.T.E. with 4 seats.